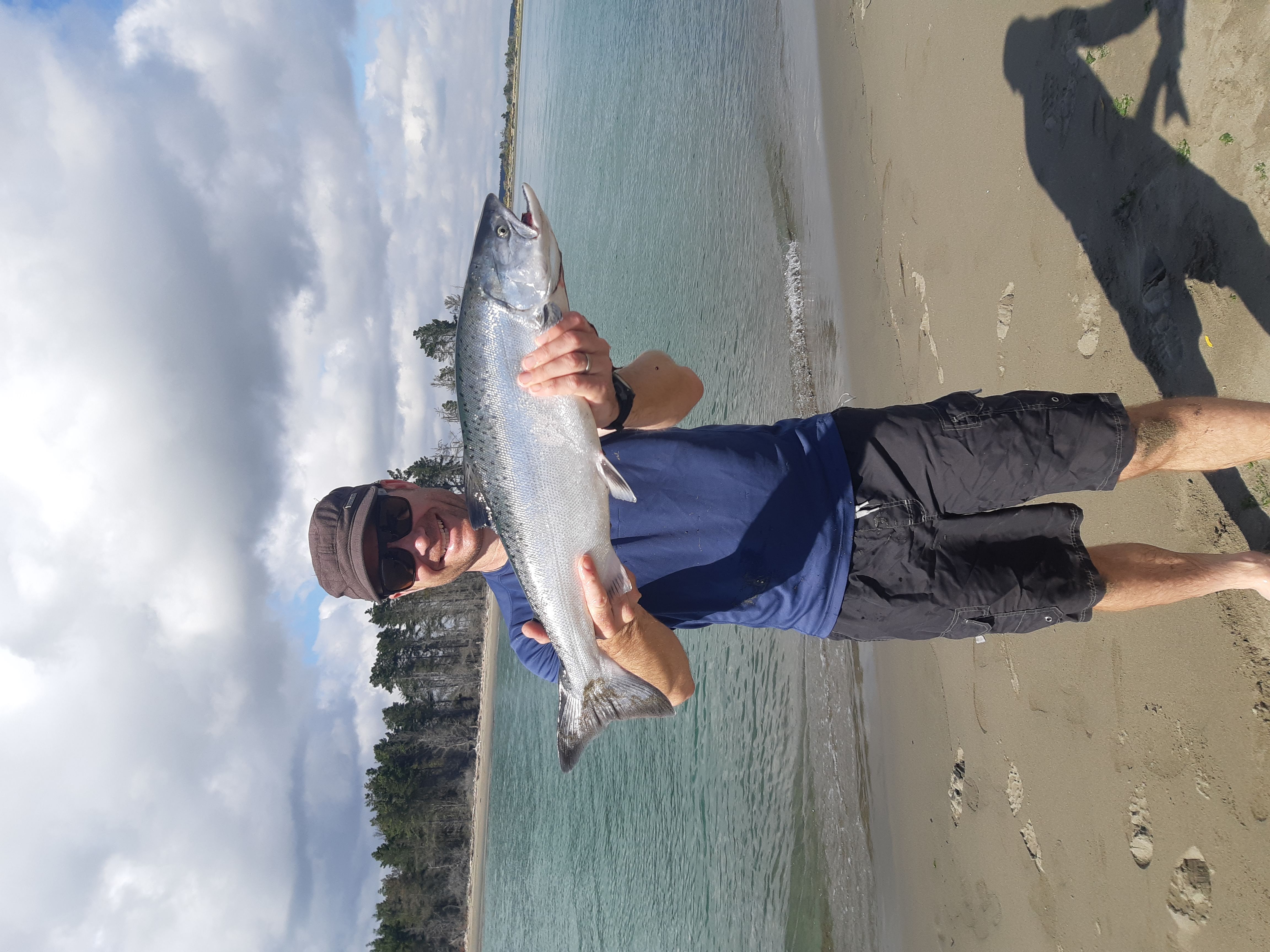 Salmon seem to be the talk of the town right now.

These fish seem to be running in (comparatively) good numbers this year, particularly on the Rakaia, but the Waimakariri has also proved quite productive.

Below is a photo of a salmon caught by an angler last week on the Waimakariri and one the week before at the Rakaia.

You can see the size range this year.

Above Right: Scott Pearson with a 6.5-pound salmon caught at the Waimakariri River. 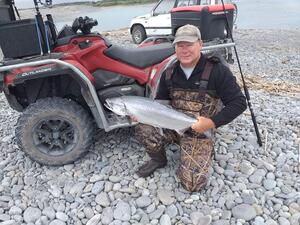 The Rakaia has two mouths at present, which is pretty uncommon for the river.

Pictured here is the ‘south mouth’ which has a bit more flow going through it and seems to be the more productive for salmon fishing.

Many anglers are taking to their jetboats and nabbing fish further upriver.

Often at this time of year at the Waimakariri salmon linger in the ocean waiting for temperatures to cool off in the river.

Kairaki Beach can be a good place to target these fish. 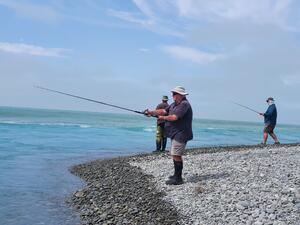 Anglers fishing for salmon at the southern mouth of the Rakaia.

The idea is to cast out past the breaking waves into the calmer water.

A heavier lure can help in these conditions, such as a 30g lure which allow you to cast out a bit further.

Remember to be careful and not go out too deep; always wear a life jacket.

All the big rivers are reporting large numbers of Kahawai, so even if you don’t beg yourself a salmon there is plenty to entertain yourself with at the lower reaches of our rivers.

February and March have traditionally been the peak of the salmon run, so if the past few months are anything to go by then we will hopefully see more of the same or better.

Anglers are coming up to speed with the new salmon endorsement.

This two salmon bag limit has been introduced to try and protect the salmon run from decline and hopefully enhance it.

As a Fish & Game Officer who has walked the salmon spawning streams and seen the dwindling numbers I believe this is an important safeguard for the species.

It is one of many things, such as advocating for improved fish screens and better habitat protection that fish and game are focused on to try and turn the tide.

As with any new system, it takes a bit of getting used to. Here are a few things to remember:

February is usually a good month for trout fishing as the weather is more settled the increased heat leads to a prolonged hatch.

End result – there is plenty of insects life around.

The trout take advantage of this so there are lots of opportunities out there for anglers.

Consider going where the insects are, e.g. under beech trees waiting for the likes of cicadas to get blown into the water.

Fish tend to gorge themselves on cicadas making it for exciting fishing.

Also fishing with cicada flies hides a multitude of sins as it is not the end of the world to land with a splash as this may actually attract the fish.

Those fishing the rivers should be mindful that in February as the water heats up the fish can drop back from smaller tributaries into the bigger rivers.

If the water temperature heats up they get stressed from the lack of oxygen.

Anglers wanting to target sea run trout could well spend a day on the Waimakariri around the old and new state highway bridges and further up looking for some nice pools.

Soft baits are effective here. The Hurunui just below state highway one is also a good spot to find these voracious feeders.

Everything is open in February so you have your pick of the spots.

All the best for a great months fishing!

Feel free to send in any photos of your catch for the fishing report emoore@fishandgame.org.nz.