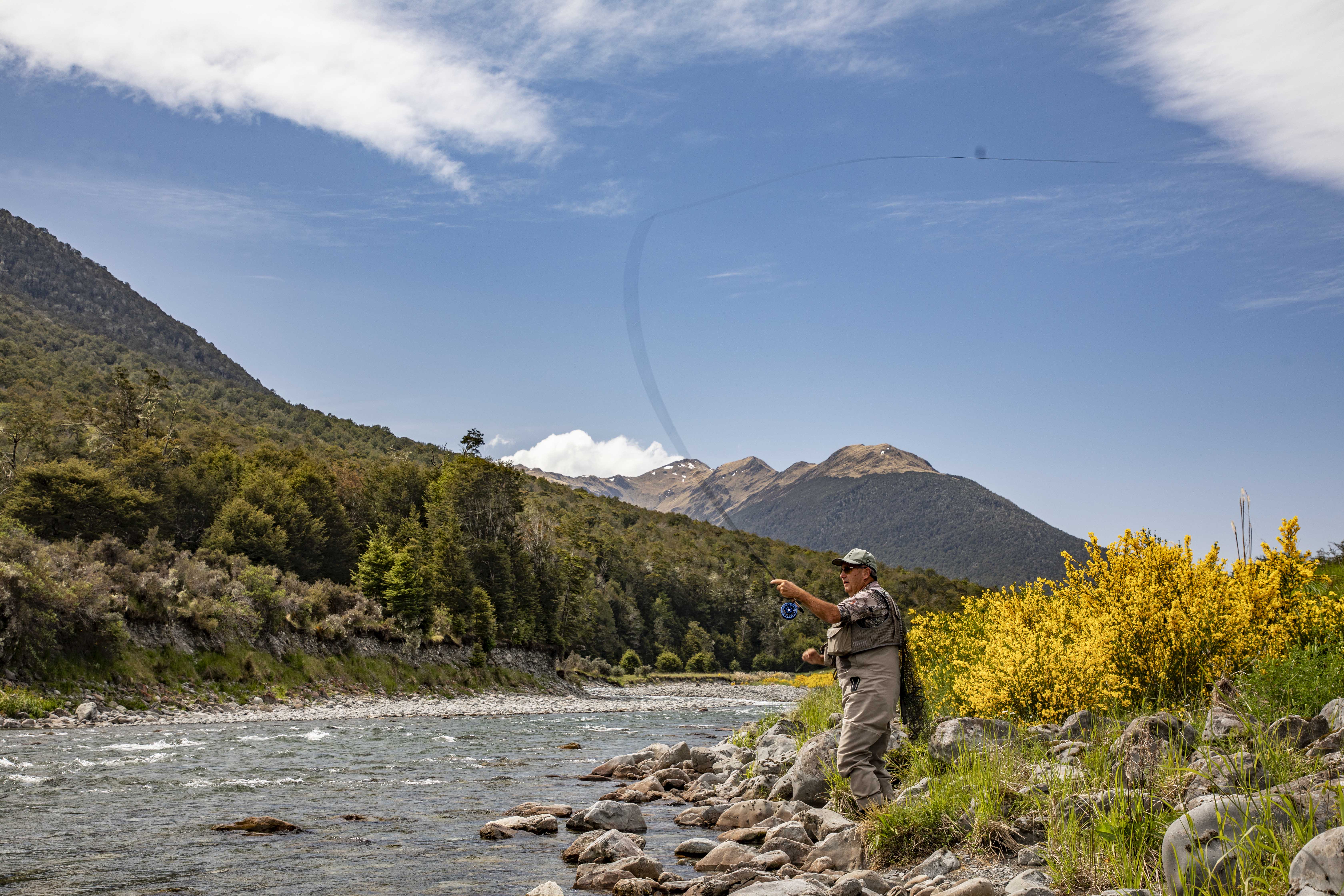 There are many positives for the angler as we head into March this season.

Firstly, there is a noticeable drop in angling pressure in the back country rivers this season.

This has resulted in the trout being more evenly distributed in all types of holding water.

Usually, due to angling pressure, the trout become transient and tend to congregate at the bottom of larger pools.

It has been pleasing to observe behaviour in the trout this year that was typical perhaps 20 years ago.

March is a great month for back country fishing.

February has turned out to be very productive during settled weather events.

Big dry flies have been effective at deceiving trophy brown trout.  This trend should continue into the month of March.

High country lakes have been fishing very well this season.

We have had none of the issues of previous years when trout went deep and less active due to warming lake temperatures.

This year trout have been actively feeding on the surface and close to shore.

This will continue in March as the weather settles and insect activity continues to flourish.

It has been a tough season for dedicated salmon anglers so far.

Let’s hope that march will bring some fresh salmon into the rivers.

March is the peak month for salmon fishing int the Waimakariri.

The Rakaia, Hurunui and Waiau have been quite so far so one would hope that the run is just a bit later this year for these rivers.

Mid reaches of the Hurunui and Waiau Rivers

The headwaters of these two North Canterbury rivers are well known to anglers targeting large brown trout in stunning back country settings.

While the headwaters receive a lot of attention, the lower to mid reaches of these rivers are often forgotten.

Up until Christmas, these rivers can carry high flows and some colour.

While this makes for ideal salmon angling flows it makes the rivers hard to negotiate and difficult for spotting fish.

However, come February and March the weather settles, the snowmelt is well and truly gone and the rivers are low.

Fish can be spotted, and the rivers become more negotiable and easier to wade.

There are also good numbers of fish in these reaches and they are often more productive.

Fish tend to move around more in these areas.

Hen fish move up and down the entire length of the river and the smaller 1-2lb fish tend to school up and move around in large groups.

Often the smaller fish are harder to spot so likely looking water should be fished over.