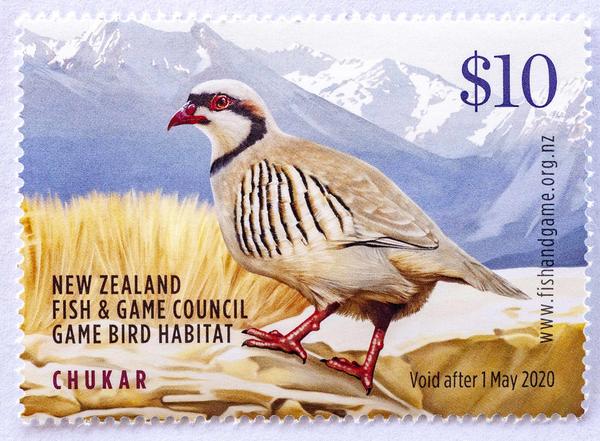 Since 1999 $2 of the game licence fee has been assigned to the stamp as income to the programme.

From 2017 $3 of game licence fee has been assigned to the stamp as income to the programme.

Up until 1999 there was an option to purchase prints, framed or unframed, and six print options were produced – from an unframed regular print with two stamps selling at $98 to an Artist Proof Colour Remarque print  (which includes a first day cover and medallion) priced at $330.

Few of these were sold so that, in some years (along with some over-optimistic ordering of product) the sale of prints did not cover the cost of production.

Since 1999 the later stamp programme is now owned by Fish & Game New Zealand with the current programme operated by New Zealand Post in line with its own wider stamp and print programme but not valid for postage.

To compliment the ‘collector’ aspect of the programme, products are available for three years after which any remaining stocks are removed from the market.

Within the annual accounts of the NZ Council, all programme expenses are netted against the income received from sales, and the resulting net profit of the programme is transferred to the Game Bird Habitat Trust Board.

Since its inception proceeds from the stamp programme has raised over a million dollars for the protection and enhancement of game bird or other wildlife habitat:

Fish & Game New Zealand administers the program on behalf of the Trust Board.

The trust is a registered charity and welcomes public donations.

Game birds and native bird species are threatened by diminishing habitat such as wetlands and scrublands.