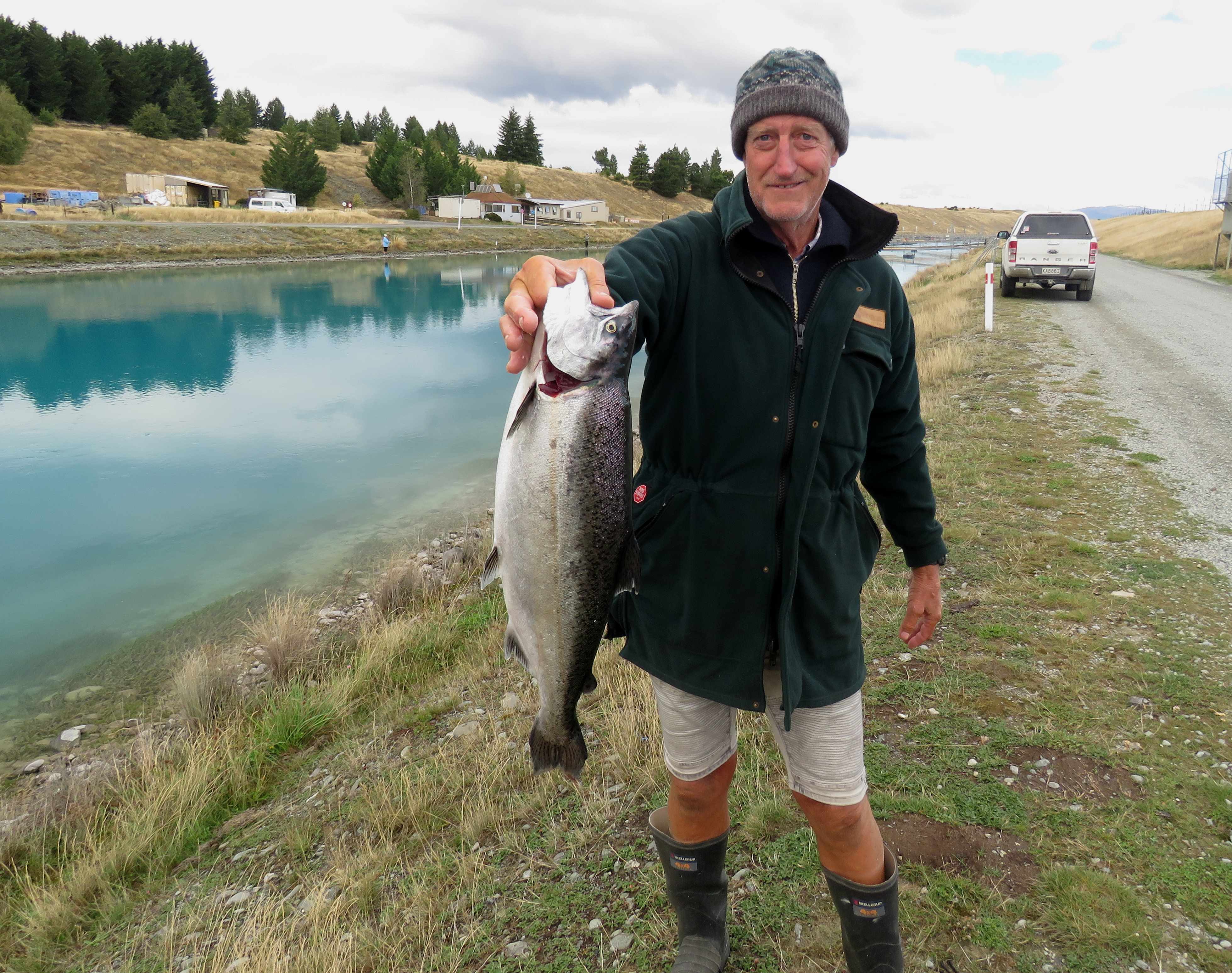 Jayde Couper and I were ranging at the Tekapo Canal yesterday morning and can report that there were some nice salmon being caught.

There was a scattering of anglers, not crowded by any means.

We caught-up with Denis Howard who landed a 7-pound salmon shortly after setting his first bait for the day.

Just up the road we witnessed Elaine Wright catch her second salmon for the morning and on the drive out we witnessed an angler we checked on earlier put a nice salmon into their chilli-bin.

Those anglers were bait fishing, spinning with a toby and drifting an egg pattern fly under a float.

I received a complaint earlier in the week that anglers at the Tekapo Canal were using illegal bait and taking over the bag limit.

By that angler’s account the salmon fishing has been excellent at the Tekapo Canal since last Wednesday.

The salmon have been mainly in the six - eight pound class, these fish are greater than 500 mm long.

The bag limit for salmon greater than 500 mm is 2 per day for the canals.

We have heard that anglers are cutting up strips of fish for bait, that is illegal.

Please read your regulation guide and ensure you are legal.

An online version of the regulation guide can be found here.

Please read the first schedule on page 7 onwards which contains the national regulations including the definition of legal bait. 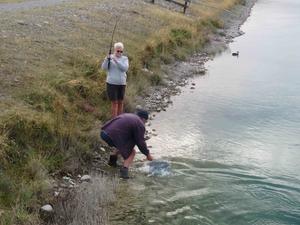 If your need something clarified get in touch with a Fish & Game Ranger, our Temuka office contacts are ph: 03 6158400, email: csi@fishandgame.org.nz

Sunday marks the very last day of the sea-run salmon season in the Central South Island Region and looking at the weather forecast and river flows there will be variable opportunity.

The rain that flooded much of the West Coast during the week spilt over into our rivers and lakes.

The Rangitata River flooded to over 1,000 cumecs over night on Tuesday and has receded to about 250 cumecs by lunchtime today.

It’s possible the Rangitata flows won’t come right for fishing until the sea-run salmon season is over, maybe Sunday will offer some opportunity, hard to say.

The Waitaki headwaters like the Ahuriri River are up in flow and with all the extra water to manage through the Waitaki Hydro schemes I’d advise that the lower Waitaki River may be flowing at over 400 cumecs making it high and difficult to fish this weekend.

I see on the Ecan flow website that 80 cumecs is flowing down the upper Ohau River, that must be the first time in many years that Lake Ohau has been full to the Brim.

With that much water around Its possible they may even operate the spillway from Lake Ruataniwha, sending excess water down the lower Ohau River into Lake Benmore.

The Opihi and Orari surf may provide the best opportunity for sea-run salmon anglers this weekend.

The surf is forecast to be under 1 m wave height at Timaru for the weekend.

Its looking like dry weather all weekend with some light wind spells, some gusty northerlies at times and a bit of cloud cover. All in all, pretty favourable for fishing.

The key this weekend will be checking the flows before you go to any river that has a catchment near the main divide.

The Ecan river flows website link is at the bottom of this email for subscribers or any readers can access ECan flow information by clicking here.

It’s April next week, enjoy March fishing while you can.