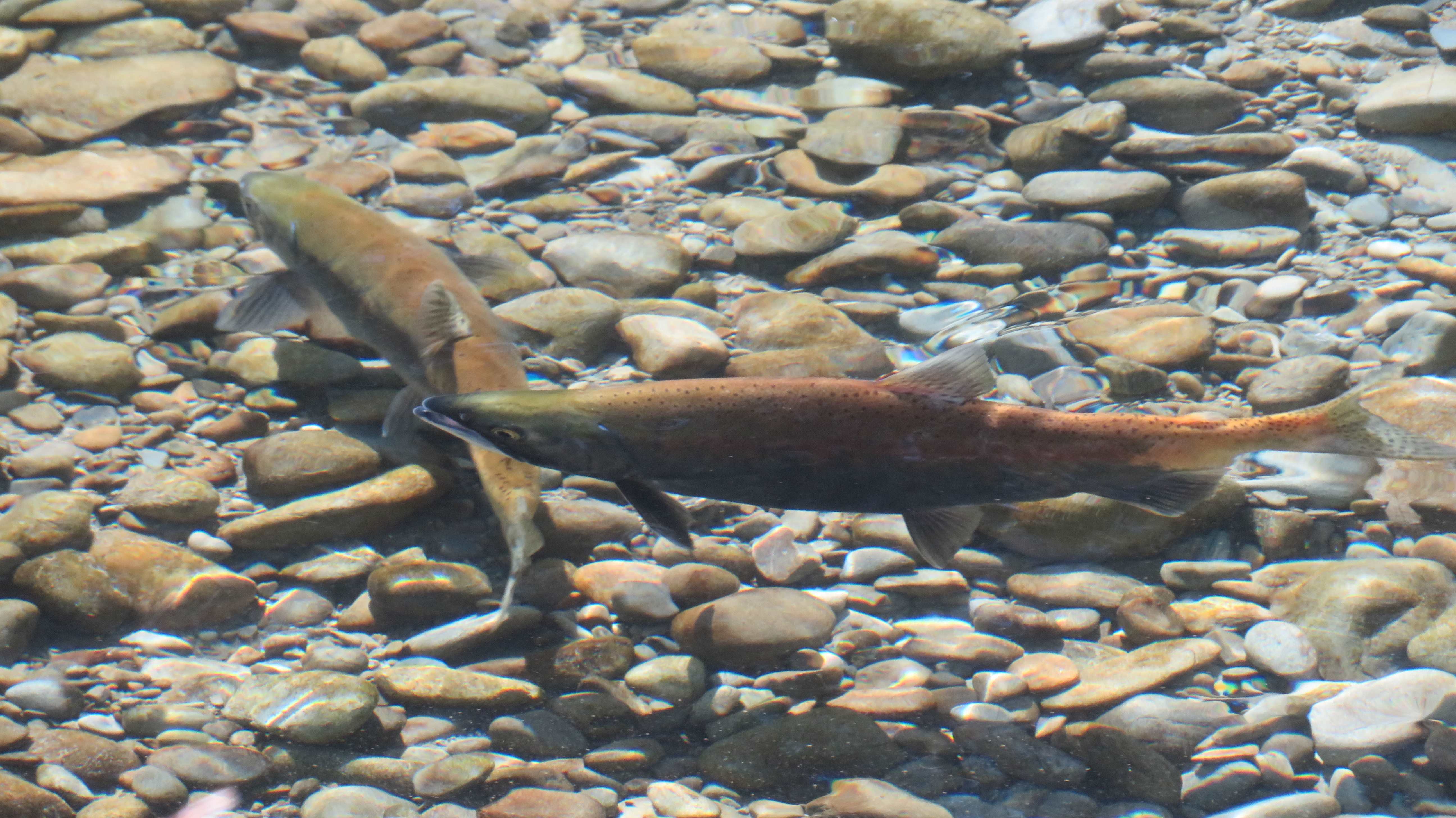 Sockeye salmon are back in spawning mode in the Mackenzie Basin.

The first reports of their presence in the spawning creeks and rivers came in last week and Fish & Game Officer Jayde Couper has visited various waterways to document the start of spawning.

If you are in the Twizel area go have a look off the SH8 Twizel River Bridge.

Above Right: sockeye salmon preparing to spawn in the Twizel River-Credit Jayde Couper

It is a key spawning area for sockeye and what you will encounter is about as close to an Alaskan style spawning run as you will see in NZ.

Although any hairy creatures trying to hook the salmon out of the rapids won’t be grizzly bears so let us know if you see any of this activity.

Over the next month or so we will be undertaking sockeye spawning surveys throughout the Mackenzie but will be focusing most of the effort around Lake Benmore, which holds by-far the largest sockeye population of any of our lakes.

We will be using a helicopter and traditional stream bank surveys to cover as much of the spawning habitat as possible.

Our goal for the 2018, 2019 and 2020 spawning surveys is to establish baseline data of the spawning areas used, the numbers of salmon present and the timing of the peak of activity.

We will then use this information, in future, to estimate the size of the sockeye spawning run by walking only a limited number of spawning areas during the peak of the run.

This will allow us to monitor the spawning population in a relatively cost-effective way.

If you encounter any sockeye spawning this month Fish & Game Officer Jayde Couper would like to hear from you jcouper@fishandgame.org.nz or 03 6158400.

We are after information detailing: the location, number of sockeyes encountered, what distance of stream and if they were actively digging redds (nests). 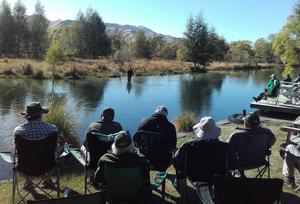 Hamish was invited as a guest speaker and gave a presentation to the crowd of 50 keen anglers detailing some of the fisheries work Fish & Game are doing on the Hakataramea and Waitaki Rivers including our current trout tagging program.

Some readers will be wondering what the heck a Spey Clave is… In simple terms it is a gathering of anglers to celebrate double handed fly casting.

This type of fishing is sometimes described as Spey, Skagit or Scandi.

Hamish was present for part of the clave and witnessed some casting demonstrations.

Hamish said his impression was that for any fly angler that wants to take their fly casting to a new level, that double handed fly casting opens new possibilities for: fishing places with limited back casting room, long casts for on big water and salmon fishing with a fly rod.

If you are interested in checking out these types of fly fishing a google search and a scan of the videos on YouTube will get you on the right path.

The weather this weekend should be conducive to fishing, generally overcast, mild and not too windy.

There is a front whipping through the region tonight, and there should be some rain in it for most of the region.

The main divide looks to be bearing the brunt of it so any rivers that stem from there should be watched for increasing flows.

The Low and mid country should get a short sharp hit of rain but I'm not sure if there is enough in it to push the river flows up or not.

The meeting starts at 7:00pm on Wednesday the 13th of March and is held at the Fish & Game boardroom, 32 Richard Pearse Drive, Temuka.

Jet Boating NZ had notified Fish & Game that they hold permits for their members to jet boat the Ahuriri River for 16 or 17 March.

The permits detail that jet boating is only allowed if river flows exceed 20 cumecs on ECan’s State Highway 8 recorder on the day.