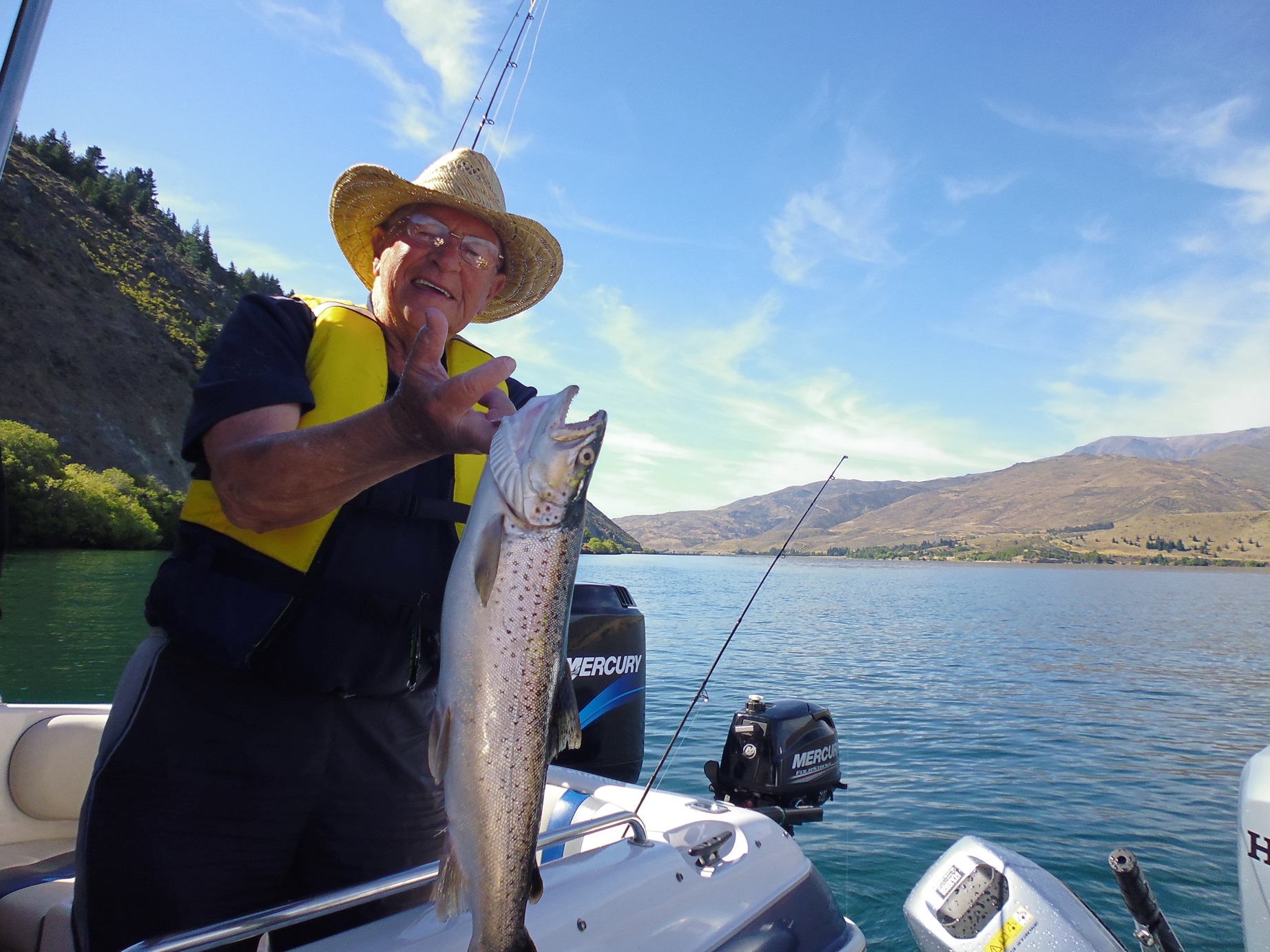 Happy New Year! Well 2017 is now history and with that I hope you and your family enjoyed a safe happy festive season and hopefully some good fishing.

For Fish & Game Officers it was a busy time with compliance duties carried out across a number of the regions waterways.

Just prior to New Year “Kokanee” was out on the waters of Lake Aviemore checking up on the boat anglers trying their luck.

We put the boat in at Parsons Rock and made our way around a very calm lake however it didn’t stay like that for too long with jet skis and power boats descending on the lake for other recreational activities.

Before the major influx of boats we managed to check 39 anglers enjoying their morning despite the lack of cooperation from the fish.

Unfortunately we did come across two anglers fishing without licences and they will have a letter in the mail box when they return home.

One boat we checked had five anglers aboard and the oldest member of the group, Peter Keller from Christchurch had managed to boat a nice 2.5kg brown.

Of course his friends were giving him plenty of stick although I think the wry smile he gave back summed up the situation quite well.

There is always a certain amount of satisfaction gained from having a good fish in the boat before your friends!

New Year’s Day holiday saw us out again on the lakes, this time on Lake Benmore’s Haldon Arm.

Not quite as many boats as we experienced on Lake Aviemore but all had the same idea of getting the fishing done early in the day before the skiers and boats towing biscuits arrived.

The lake was very warm with a surface water temperature of 20oc in places so it was no surprise that those using lead lines and fishing the deeper water were having more luck than those trolling in the shallows.

We saw some nice fish boated with Murray and Karen Hawke of Christchurch landing two cracking rainbows destined for the smoker.

They had been camped at Lake Benmore for some time and commented that they had caught quite a few fish during their stay with most days producing fish.

Left: Murray and Karen Hawke with some nice Lake Benmore rainbows (2 and 3kg).

As for lures, successful lake anglers were using woolly buggers, rapalas and Tasmanian devils that all seemed to bring fish to the net.

However I would suggest the biggest factor contributing to their success was being out early before the day warmed or late in the evening once the skiers had returned home.

We also saw a number of fish in the shallows jumping so perhaps a well-placed damsel fly imitation might produce the results for fly anglers.

On the salmon fishing front it has been the odd one or two at the Rangitata River with the South Side board registering four salmon for the start of the New Year.

The size of fish is still good with one lucky angler landing a 7.9kg specimen to bring in the New Year in style.

During a visit to the Waitaki Mouth earlier in the week I spoke to a few anglers who were trying for a salmon in the surf.

They said nothing had been caught although they had heard the same rumours that were circulating prior to Christmas of one or two successful Waitaki salmon anglers.

Mouth conditions on the south side are pretty good at the moment and any salmon entering the river are likely to be making full use of the calm water on that side.

If you have been missing Rhys, don’t worry as normal transmission will resume next week when he returns from leave.

Until then I hope you can get out and make the most of the fishing opportunities that the weekend will present.