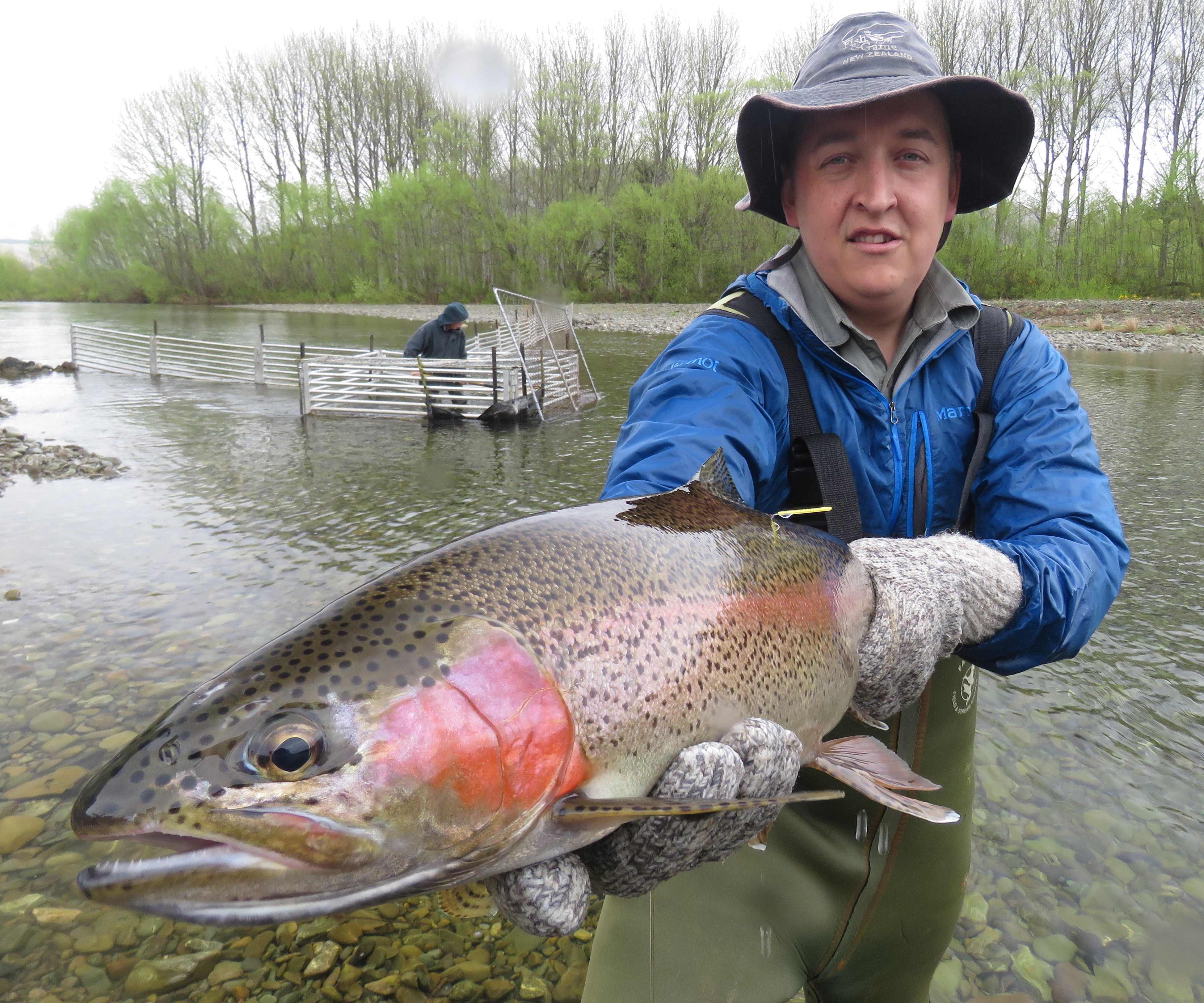 The weekly fishing report is back with the new season and we aim to deliver about 30 reports to you by the time the main season wraps up at the end of April 2019.

It has been a relatively dry winter in the region and low country river flows should be relatively low for opening day, unless of course, we get a decent rainfall event in the days prior to opening.

Above right: Fish & Game Officer Jayde Couper with a tagged rainbow trout from the Lower Waitaki River – the yellow tag can be seen by the dorsal fin.

Most rivers are looking really good, with bugger all algae on the stones and riverbanks clear of dense scrub.

In other words, the signs are still showing from the floods of last summer and winter.

Opening day, October 1, is on a Monday this year so with most of us at work there should be plenty of room on the river for a few wayward casts.

There is some potential that rivers like the Rangitata and the Ashburton will be affected by the forecast Nor-Wester predicted to hit the main divide on the weekend.

The same front has a southerly whip forecast on Sunday that may cause flows to rise in the front country rivers too.

If they rise just a tad, that may make spin and bait fishing more successful anyway.

The best bit of advice I can give you is to keep in touch with the weather forecast and most importantly check the river flows on the Environment Canterbury website.

The Central South Island Region waterways are found under the “Southern Region” tab. Click here to link to the river flows page.

There are a couple of stretches of river you may wish to avoid around opening, the Opihi River around the Saleyards Bridge at Pleasant Point and above the Raincliff Bridge have been subject to significant river works undertaken by ECan to address flooding issues.

As always I recommend that every angler reads through the new seasons regulations guide, if you didn’t grab one with your new licence then click here to view the online version.

Only one regulation change was made for the new 2018-2019 season in the CSI Region.

To make this opportunity possible we have initiated a spawning habitat enhancement project in collaboration with Meridian that aims to significantly increased the spawning area available and greatly improve the production of juvenile trout in the river.

Next spring the river will open on September 1, 2019 and will allow the tail end of the rainbow spawning run to be targeted. 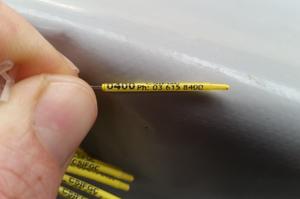 a close up of a tag

Fish & Game have tagged hundreds of brown and rainbow trout in the lower Waitaki River fishery with yellow, numbered tags. Tags are found near the dorsal fin.

Hatchery volunteers have also helped to maintain the trap and check on fish numbers.

If you plan to catch and release several fish it may pay to take a pen and paper to record the tag numbers and relevant details.

Most importantly: Tag number, catch date and location, kept or released. If you can record the trout’s length and weight that would be great to have too.