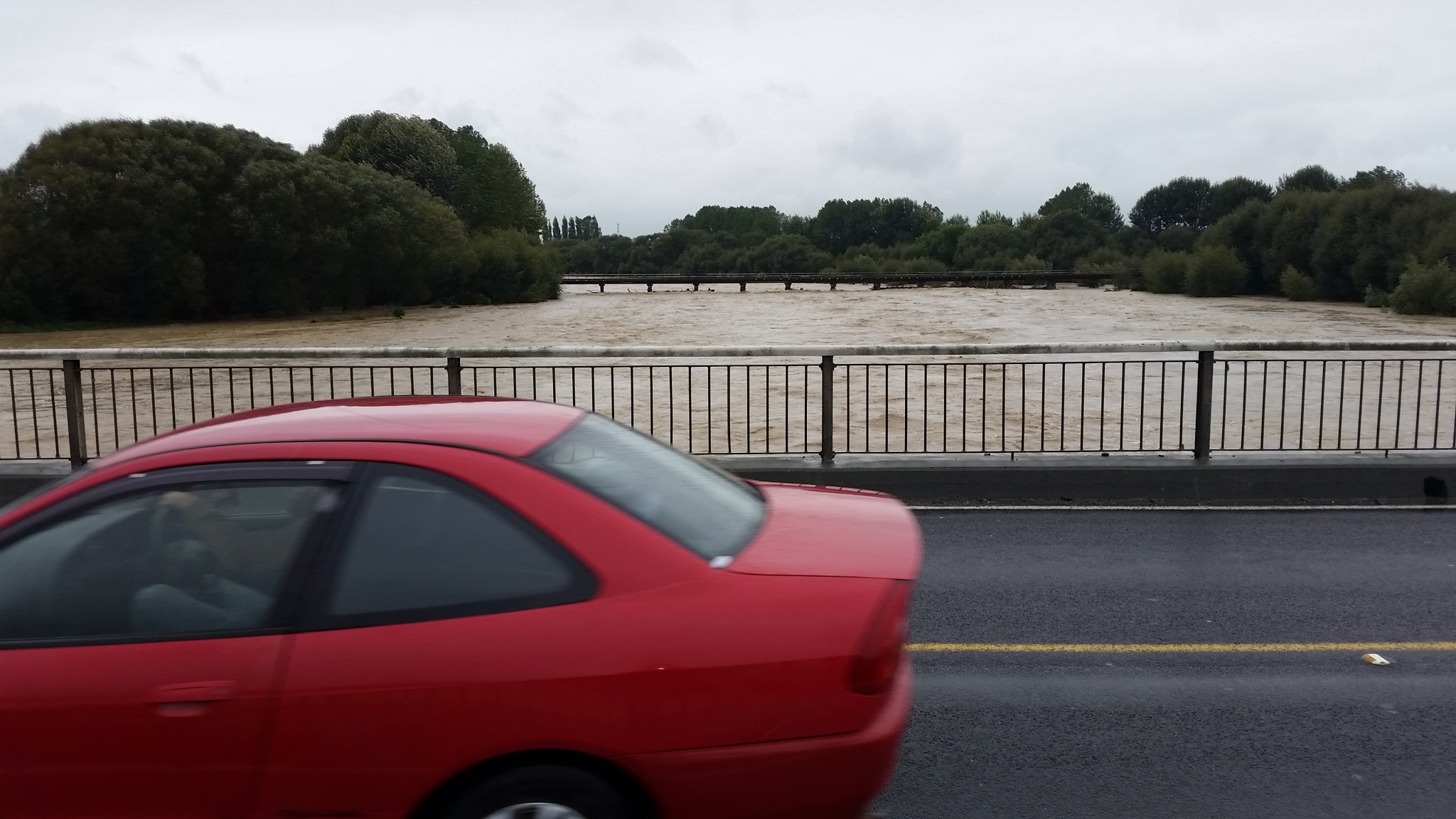 The weekends weather is looking ok, perhaps a bit windy in places and cooler than what we might expect in February.

A Westerly front is set to hit the divide late in the weekend and this may have some bearing on high country fishing.

Saturday morning looks the pick of the weather.

Above Right: The flooded Temuka River flows at about 530 cumecs at State Highway One, on February 21.

The rain we received earlier in the week, courtesy of Cyclone Gita, will mean many of our rivers and streams will be high and discoloured over the weekend, especially in the low country.

Most rivers from the Ashburton to the Kakanui were in full flood mode on Tuesday and Wednesday and some reached significant flow levels.

Lake fishing will be a more reliable option this weekend.

I had a good scan of the ECan river flow website and two rivers caught my attention.

Although the data provided on the website are only provisional until the ECan staff have checked them for errors and visited the recorders to look for flood damage, it appears that Bowyers Stream and the Opihi River at Rockwood had massive peak flows.

Bowyers Stream peaked at about 333 cumecs, that’s nearly 7 times the size of the annual flood level of about 48 cumecs.

The Opihi River at Rockwood reached about 327 cumecs, scratching the one-in-ten year return flood level of about 331 cumecs.

I had a look at the Opihi and Temuka on Wednesday morning and they were humming, in places the Temuka had spilt out onto the surrounding land, and not far up the road the Speechlys Bridge had been washed out by the Hae Hae Te Moana River.

If your keen on targeting sockeye salmon in a river or stream then you have until next Wednesday, the last day in February (see regulation 2.6.1, pg 34 of your sports fishing regulation guide). After that you will be limited to only lake fishing for sockeye.

The sockeye spawning run kicks off about now and peaks in mid-March. 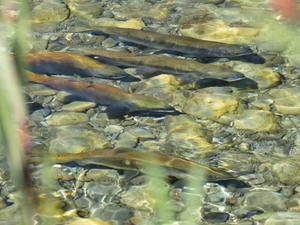 We haven’t received any reports of them running the rivers and streams yet, we would expect a few to do so with the recent rain.

We are increasing our monitoring of the spawning run this year to improve our estimate of the total population, so your observation could prove very helpful.

You will encounter them mainly in tributaries of lakes Benmore, Ohau, Aviemore and Pukaki.

One angler has been in touch with us and has been catching them in Lake Benmore this February.

Over the past couple of weeks we have been assisting NIWA by electric fishing Opihi Catchment waterways where NIWA are tasked with evaluating ecological minimum flows requirement for the ECan Land and Water Plan.

An observation of note was the high numbers of juvenile brown and rainbow trout caught in the North and South Opuha rivers. It was obviously a successful spawning season last winter/spring and it goes to show why Lake Opuha is such a productive fishery.

Anyone fishing there this weekend should consider using an imitation trout lure as there are plenty of the genuine articles there for the adults to cannibalise.