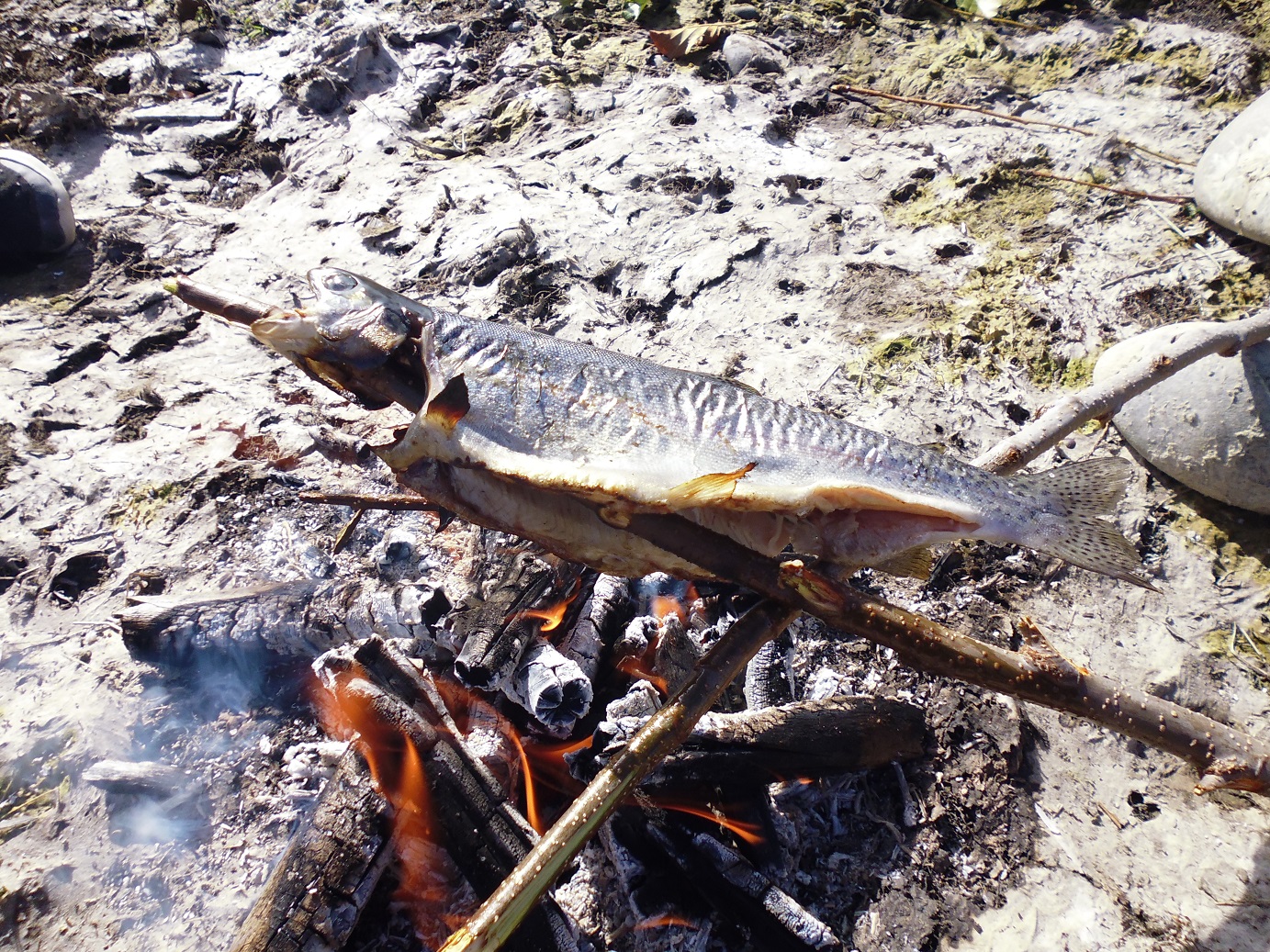 Given the first counts surprised me I climbed into the machine with some optimism about the second survey.

Deep Stream numbers dropped by seven fish to 162 live fish, this indicates that peak spawning has occurred in this stream between the first and second counts.

I would expect numbers to begin tailing off from now on if it follows the traditional run pattern.

Despite numbers not increasing this is a marked improvement on last year’s second count of 41 salmon.

In the last few years the Deep Creek count peak is closer to the third count for some reason that I can’t explain.

The two stream mouths are only 10 km apart so hardly enough to account for the differences we observe in peak counts, maybe the Deep Creek fish like to be fashionably late?

Salmon in this stream are part of the Rakaia run and were notable in their absence during the count on Friday.

I have some confidence that they will still turn up as they haven’t let me down in the past ten years.

The third count of all these spawning waters is scheduled for later next week so it’ll be interesting to see what it produces, and we’ll keep you posted.

On Saturday I decided a spot of fishing therapy was called for so loaded the family up and after a brief stop at the Fairlie Bake House for some essential supplies we arrived at the Iron Bridge on the lower Tekapo River.

Given the recent spilling events I was keen to see just what had happened to all the didymo and other algae I encountered earlier in the season.

I can inform you that there was almost no trace of didymo to be found and it certainly didn’t affect angling like it did in November.

We had a pleasant day not seeing another angler and we landed around 15 odd fish between us the largest being a brown just over four pound.

Most of the other fish encountered were between 1-2lb with a couple of smaller specimens.

The smaller fish were a mixture of rainbows and browns and readily jumped onto a wooly bugger or spinning gear.

There was a small hatch of mayfly’s mid-afternoon, but no fish were silly enough to take my average presentations. Perhaps a more skilled angler would have had success on a dry but not me.

One thing that I noted was just how much the alder trees have grown this summer as some are now close to four metres in height! 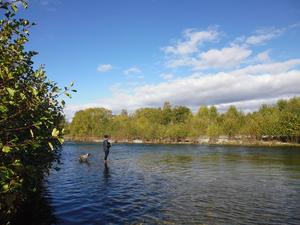 While the substrate was clean Alder growth has been prolific this summer on the Tekapo River. 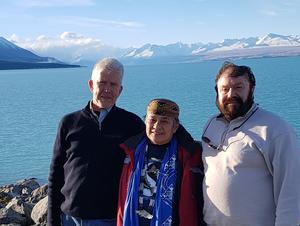 I found that you needed to wade along the edges in some places as the alders were an impenetrable thicket along the river bank so make sure you take some waders with you or be prepared to get wet.

It’s a good thing Rhys is starting on the Alders at Lake Poaka as he won’t be short of work anytime soon in the MacKenzie Basin with this invasive weed.

Insert pic here: While the substrate was clean Alder growth has been prolific this summer on the Tekapo River

Wednesday saw the Winnemem Wintu tribe visit the old Hakataramea Hatchery site where salmon from the McCloud River in California were first raised in New Zealand.

This introduction then resulted in the successful establishment of the chinook salmon fishery along the east coast rivers that anglers enjoy today.

I won’t go into detail on their visit as this report would be thirty pages long if I did, but if you’re not up to speed have a look at the tribe’s videos on Vimeo and that’ll help fill in the blanks.

While the hatchery site doesn’t resemble a hatchery anymore Graeme Hughes, a retired Fish & Game Officer, gave them some history of the site and we then all listened intently to the plight of the Winnemem Wintu tribe as told by Chief Caleen Sisk.

Caleen’s passion and tenacity in the face of countless setbacks is nothing short of admirable.

The Winnemem Wintu also got to view Aoraki Mt Cook that is their sister mountain to Mt Shasta back in California.

For some reason the NW cloud rolled away while we were there and Aoraki showed itself to the Winnemem Wintu in all its glory. It truly was a special moment.

World Fish Migration Day is today (Friday) so if you’re in Christchurch and stuck for something to do with the kids pop on down to the Margret Mahy playground between 10am and 2pm.

Fish & Game CSI and NC staff will be there along with other agencies celebrating the day.

There will be fish displays, information on fish passage and a whole host of fun activities for the kids to get involved with.If you haven’t seen the salmon fish ladder demo it’ll also be in action so make sure you don’t miss that.

Normal transmission resumes with Rhys back on deck next week so until the next time.