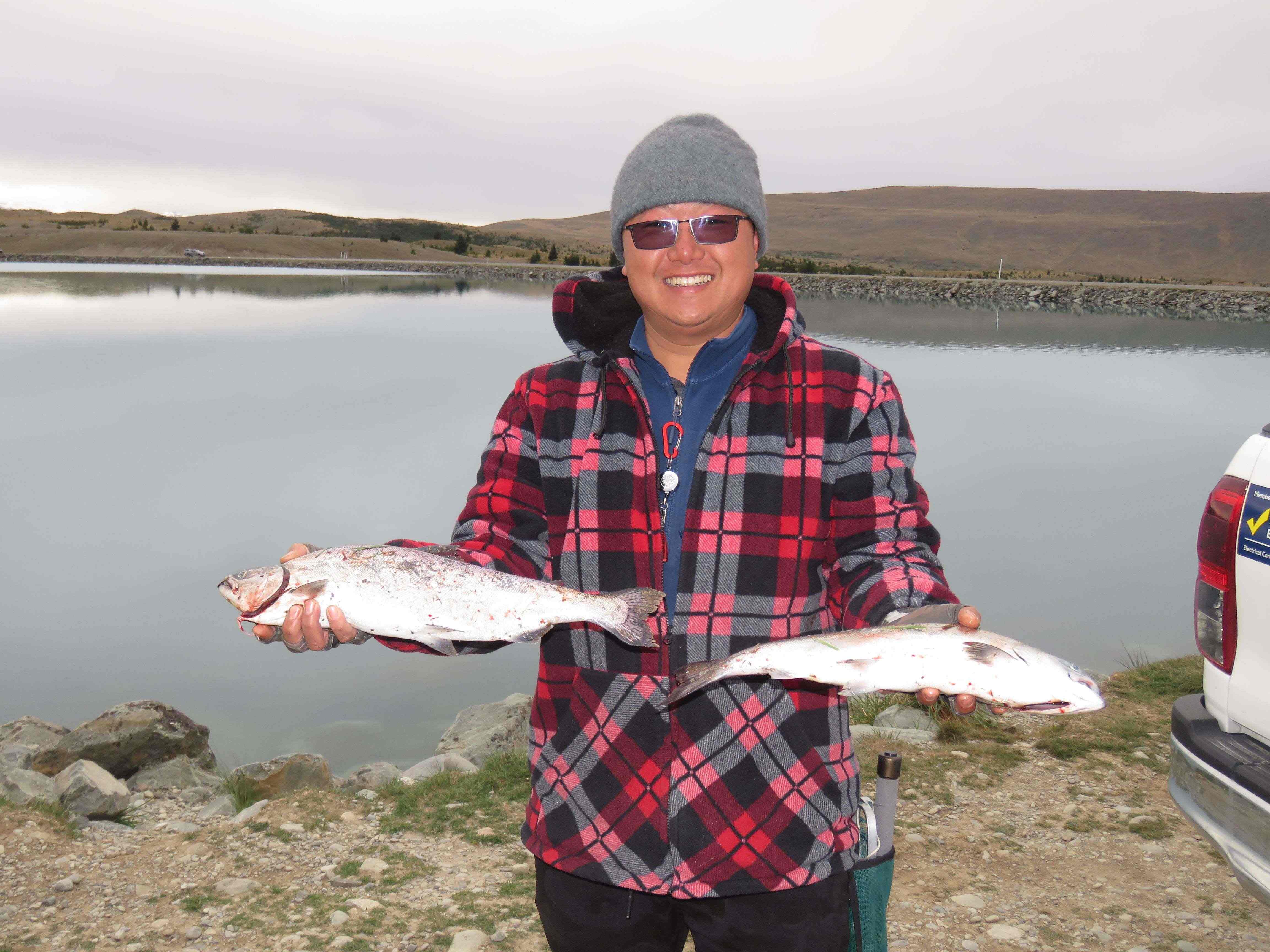 The weather and water levels will provide fishing opportunities throughout the region this coming Labour weekend.

Just remember it is spring, so be prepared for changeable conditions and take warm clothes and a rain jacket.

The rain and snow we received over the last ten days did cause a sharp spike in river flows for many rivers and streams, but they came back down just as fast.

Above Right: Jeff Zhao with a pair of salmon from the Tekapo Canal.

My caution for anglers this weekend is that boaties might encounter some strong winds from the South and West on the lakes.

Have a look at the wind forecast before you hit the water. Also, anglers targeting rivers like the Lake Opuha tributaries and Ashburton River and its tributaries may be affected by snow melt.

Some of these areas got a fair dump of snow last Friday and now the river flow graphs are showing notable daily increases in flow in the afternoons and then dropping again overnight, a sure sign of snow melt.

They will likely remain fishable but will have elevated afternoon flows and probably slightly dis-coloured water; good spin and bait fishing conditions some might say.

Get out there and enjoy it.

The month of October is great month for targeting brown trout cruising in the shallow muddy and sandy areas near weed beds.

Rainbow trout spawning activity is nearly at its end too so there will be plenty of rainbows making their way down from the tributaries and out into the lake to find a feed and put on condition.

Just remember many waters are still closed in the high country and may open on the first Saturday in November, “High Country Opening”.

Check out the opening dates here in the 2018-2019 regulation guide.

I was ranging the Tekapo Canal on Wednesday this week and checked the usual scattering of anglers up there. 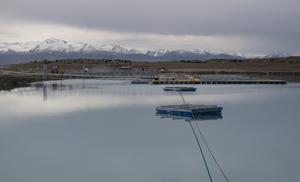 Week day or weekend, flowing canal or sluggish, doesn’t matter – there are always anglers there.

The general feel from anglers was the fishing was a bit slow, along with the canal flows that are low to provide for maintenance of the area, as mention in last weeks report.

There were fish caught for the morning though, and that’s is not always the case when I’m ranging up there.

Small salmon around the 400-450 mm range were the most common.

One angler that had only just arrived when I met him but had been down “the bottom end” earlier, I’m guessing that was the Ohau C Canal, and caught and released a 21 pound rainbow.

He said a huhu grub was his choice of bait and that he released it because it was still recovering from spawning.

I you haven’t been to the bottom end of the Tekapo Canal and Stilling Basin lately you will notice some big changes to the salmon farm.

There is now a huge new raft in the “Fish Bowl” and the old farm in the canal is being downsized.

The first two rafts you would have driven too are now gone.

I have seen some great fish caught around the new rafts as posted on Facebook.

On the ranging front, I did encounter an angler fishing without a licence yesterday.

As always in this circumstance, we will follow our normal prosecution process.

Fishing without a licence is a criminal offence under the Conservation Act.

Our last case to be put before a judge resulted in the angler being fined $500, and additionally was ordered to pay a further $435 in court costs and solicitors fees.

That’s nearly a grand for fishing without a licence and a criminal conviction.