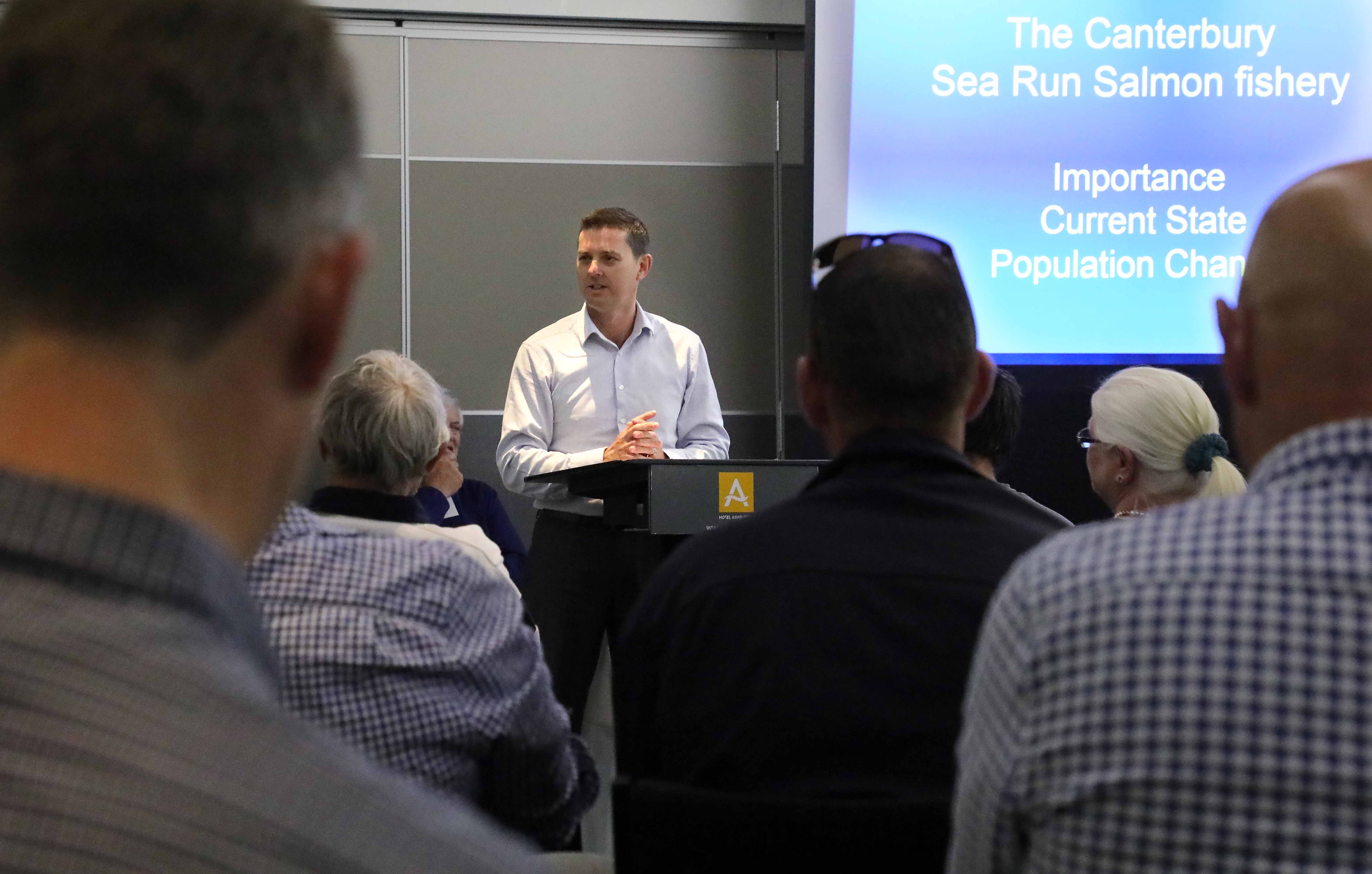 The salmon symposium was held last weekend and there was a great turn-out.

Scientists, Fish & Game staff, Fish & Game volunteers and concerned anglers were presented with the latest information on the state of the fishery and fisheries science.

On the second day a brainstorming session was held so all involved could put forward ideas, no matter how big or small, that could help to improve the sea run salmon fishery.

An action plan committee will be put together to look at these ideas further and narrow down a way forward.

It’s about this time of year that the first salmon gets caught in the Rangitata River mouth, the pre-Christmas runs of fish have been small in the last couple of years along with the total runs so we all hope for a better season this time round.

This week we electric fished around the lower Opihi River Catchment.

This is the second year we have undertaken electric fishing at six sites that tie-in with ECan’s environmental monitoring.

We electric fish twice a season, first to catch the fish in early summer and then in autumn to follow up and see how fish of the same age class have grown and put on condition.

The idea of the project is that this growth information can be measured against a predicted growth model and if our fish are smaller or poorer conditioned than what the model predicts we can investigate environmental data and try to piece together the factors that may be limiting growth.

It’s also a great chance to have an annual glance at all aspects of our fisheries like flooding, adult trout numbers, and algal growth. We will continue with this project for several years to capture variations in environmental conditions like drought conditions vs. wet summers etc.

We had a big flood event back in July and it was evident to us this week trout from the 2017 spawning season were absent from our upper Waihi and Hae Hae Te Moana river monitoring sites, and in the case of the “Te Moana” the river bed had changed significantly.

At the Opihi River near State Highway One we struggled to find juvenile fish too, more signs of flood damage to 2017 spawning. No such problem with adult fish though at all sites as numbers were what we expected to find. 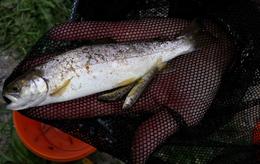 At our Te Ngawai, Kakahu and Temuka river sites the numbers of trout from the 2017 spawn were about normal.

This shows the beauty in having spawning tributaries all over the show in the Opihi catchment as an insurance policy against flooding. It’s also great to see adult trout and older juvenile trout and native fish can survive such a flood event.

From a fisherman’s point of view I wouldn’t bother with the Kakahu at Earl Road, we haven’t encountered adult trout here.

The upper Waihi at the gorge only has small (stunted?) trout so probably not a destination unless you have a 4 weight fly rod.

The Te Moana up near the gorge holds the odd fish around 1-2 pound but not in large numbers so it probably more of a locals fishery.

The Temuka looks great near SH1 with plenty of adult fish about. The Opihi at SH1 and Te Ngawai at Tengawai Rd are starting to show signs of summer with algal growth starting to take hold, so best to fish these sooner rather than later if you don’t like fishing amongst the algae.

The Kids Salmon Fishing day is on tomorrow so we hope to see you there. If you’re looking for the event details click here.