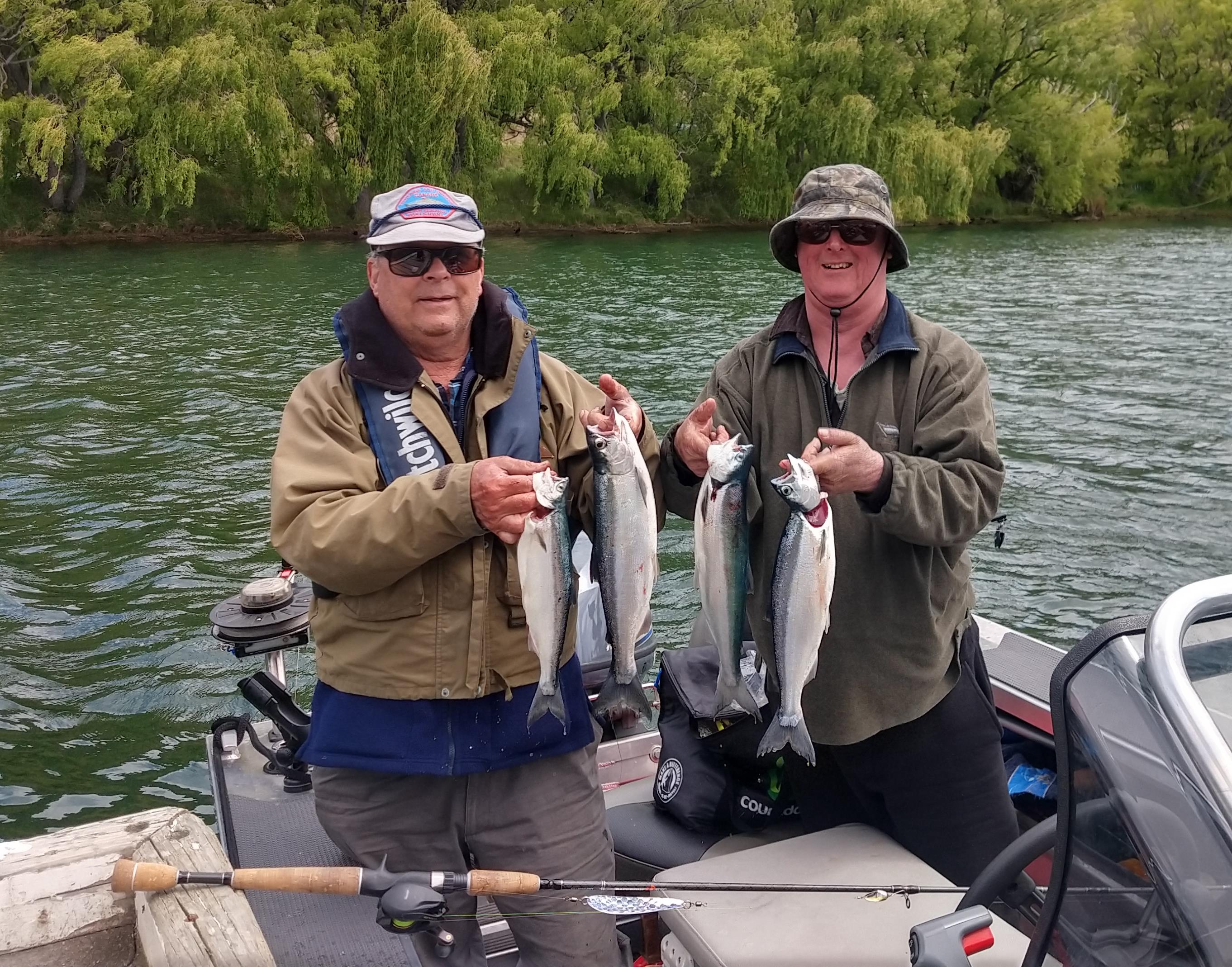 The weather forecasts that I’m reviewing as I write this are not unanimous so I won’t offer to much advice other than that there will be some rain pretty much region wide for at least a short spells from Friday and through the weekend.

Take a jacket and be prepared for variable weather. I think there will be some decent windows of opportunity and some fair-weather spells too.

If you plan to fish a river, you should be aware that many are still high and discoloured from last week’s big rain event.

For some waterways those conditions will linger into the weekend and may even be made worse by the rain.

That includes lakes where large rivers flow into shallow areas like the Ahuriri Arm of Lake Benmore too.

As a rule, small tributaries clear up before the main stem of a river, so it might be a small stream weekend for some.

A link to this website is always contained within the blue banner at the bottom of this email. You will find my email address there too if you want to get in touch.

The standout flow was for the Rangitata River which peaked at 1,948 cumecs.

The Rangitata hasn’t had a day of high flows like that since January 2013.

I’m not sure where the 1,948 cumecs peak flow ranks for the Rangitata in the records but I understand the highest peak flow on record is 2,979 cumecs which occurred in January 1994.

One other notable flow was 798 cumecs released from the Waitaki Dam to the Waitaki River.

Although this was after the peak flood flow from the tributaries below the dam, with all the combined water, I’d guess its flow would have been close to 900 cumecs for a short time near the mouth.

Let’s hope that was enough to knock some of the nuisance didymo off the rocks, its been annoying for anglers to deal with this season. 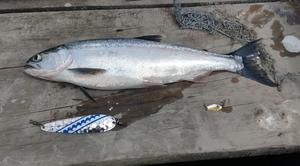 A few months back I received a call from an angler named Jim Tritschler.

Jim reckoned he had learnt from his experience kokanee fishing in North America exactly how to target and consistently catch sockeye salmon in New Zealand.

I recommended that once he had it all sussed in Lake Benmore to get in touch and share his skills.

A tried and true method of catching sockeye in our lakes has been an obvious gap in local fishing knowledge and one we as Fish & Game staff had talked about gaining around the smoko table a few times.

Fish & Game Officer Jayde Couper had even bought some of the unique tackle from the USA but hadn’t tested it on the water.

It was timely to hear back from Jim recently, and nice to receive an invite for Jayde to join him to see his success first hand.

It is fair to say Jim and his mate Howard have sockeye fishing sussed at Lake Benmore as they had Jayde into a sockeye within minutes of getting the gear out.

The successful method was trolling from a boat using a down rigger to get the spinner reasonably deep but mid-water rather than too close to the lake bed.

A “dodger” was attached up the trace from the terminal spinner.

The dodger doesn’t have a hook and is used as an attractant or movement creator for the spinner.

The small spinner is positioned on about a 1.2m trace from the dodger.

Jim reckons you should play the fish softly as it’s easy to pull the hook from their soft mouths.

On this same note, a long-handled landing net is critical, so they don’t fight and jump erratically and spit the hook when near the boat.

The event will go ahead rain hail or shine.

The salmon fishing day is for kids aged 3-11 years old.

Registration is at the event prior to the first cast at 9am.

David De Joux was elected to the position of chairman.

Daniel Isbister was elected as the New Zealand Council Appointee.

The next bi-monthly council meeting and Annual Public Meeting will be held in December however the dates are yet to be confirmed.

Council meeting dates are posted on the Central South Island regional home page of the Fish & Game website shortly after the dates have been confirmed.

All licence holders and members of the public are welcome to attend council meetings.