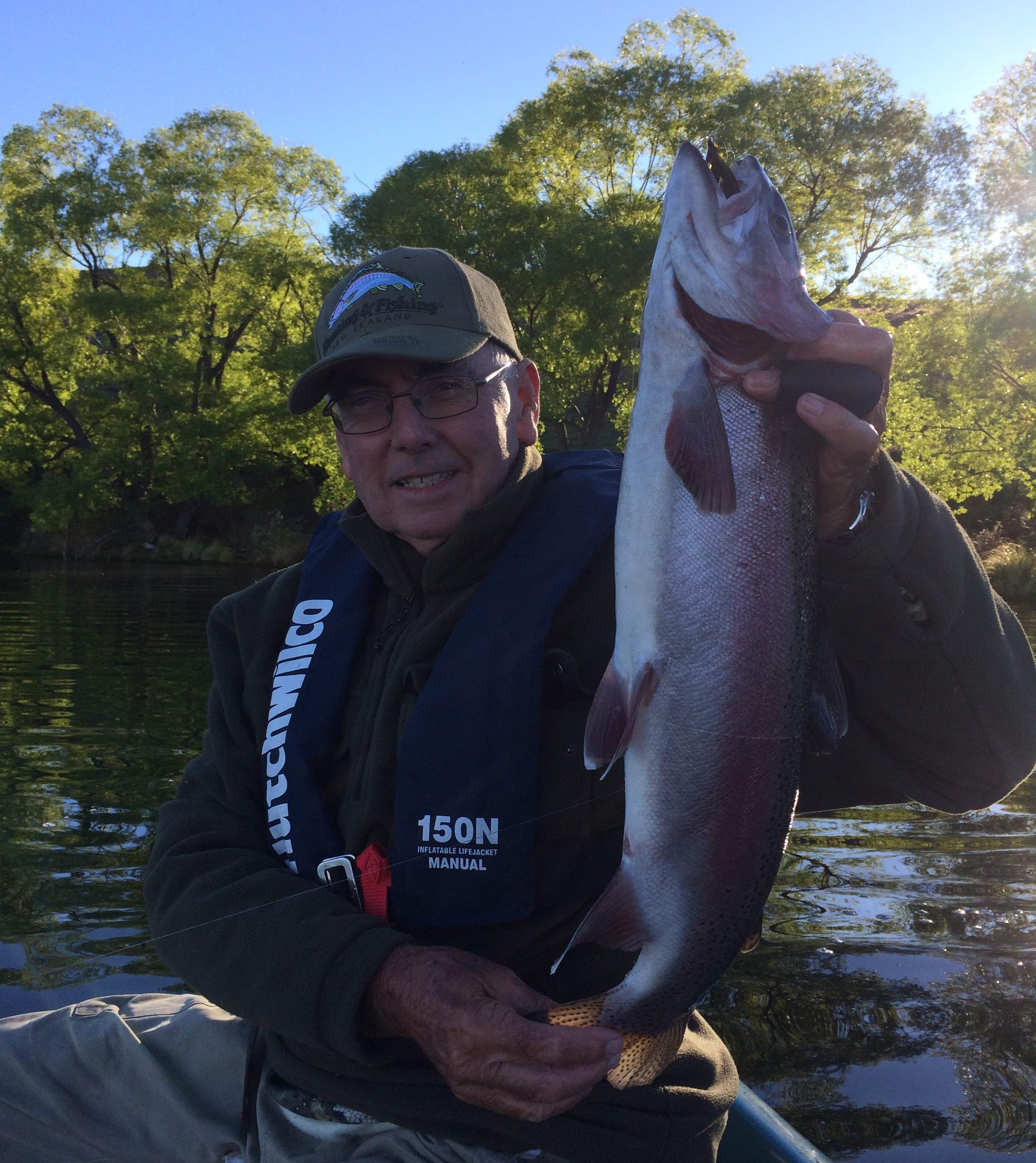 If you missed the high country opening this year, or fished the low country instead, here’s a recap from my day ranging and feedback from anglers and other rangers.

Our rangers Don Tilson and Dean Rattray were up in the Ashburton lakes area and they said the weather was bloody rough, bad enough to keep angler numbers down a bit.

The hardy anglers managed to catch a few landlocked salmon in Heron, around the semi-sheltered sheep yards, but the trout were few and far between.

Over at Lake Emma 10 or so anglers fished opening morning and caught a few perch and the odd trout.

For Lake Alexandrina, angler Terry Denley said the weather was better than forecast in the morning and the usual boat-to-boat banter could be heard across the water.

He said there were plenty of anglers on shore and out rowing and witnessed many small plump rainbows caught.

By mid- afternoon the storm kicked in and boating became unmanageable with a couple of locals having to park up on the shore and walk back to camp.

Terry’s dad John had a bit of luck and the photo proves that.

Terry said, as usual the fish were taken on either yellow Hamills, red Mrs Simpson or a woolly bugger.

Ranger Alex Woods said that on Lake MacGregor, catches of three or four rainbows for Saturday morning were common, and a few of these fish around the 5-6 pound mark.

Alex caught up with the Coruba Cove crew who you will recall from last years’ opening day report.

The story was they caught 20 for opening morning between them, fishing around the north end of Lake Alexandrina.

Fish & Game Officer Jayde Couper and I ranged the Tekapo River, and similar to the nearby lakes the wind was okay early on, by 10am though it had picked up, and by 11am it was a darn nuisance and drove hungover anglers back to camp for a kip.

I thought the river was busy with anglers and campers, we must have seen around 50 people around and about; it’s quite the social event for many.

I was told it used to be far busier in the era before didymo.

Anglers on their annual pilgrimage to the river all agreed that conditions were some of the toughest in memory.

The river was flowing a bit high, it was hard to spot fish, the wind was gusty at best, and didymo was hard not to catch.

That said, some anglers like Ross Brown, who has been fishing the river on opening for most of his life still caught half a dozen for the day.

Another angler guided his two granddaughters into 2 fish each, bouncing worms down riffles. 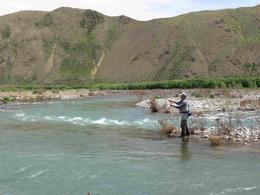 One angler was content with his 6lb rainbow for the morning.

A fair few fishers though, were empty-handed by mid-afternoon but still very optimistic that when the conditions came right the fishing would be great again.

It seemed that rainbows made up the bulk of the catch with the fish usually 2-4 pounds and in average condition.

Fish & Game Officer Hamish Stevens was ranging down the Haka, he said the 13 anglers he checked were having a pleasant time in favourable weather and river conditions.

Most had caught a rainbow or three and he only heard of one brown caught.

He said he could see the signs of the winter floods tearing through the river bed but the rainbows were still in reasonable numbers.

Hamish reckoned most fish needed to put on a bit more condition before he would harvest them for trout sashimi. 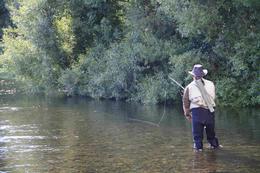 Spawning for the rainbows wasn’t all that long ago after all.

I’m also able to share some low country news. Cody Graham let me know that he and a mate spent three days last week around the Temuka, Geraldine and Fairlie waterways, and had a bit of luck.

Cody said “we really had to vary our fishing techniques from one river to the next.

We witnessed fish hard out 'tailing', actively taking from the surface and even launching themselves out at Damselflies.

"Fish were very spooky, smart and very picky with what they looked at”. 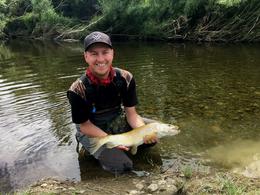 Don’t forget we have the CSIKids Fishing Day coming up on Saturday November 18 near Twizel.

All the event details can be found by  clicking here.

The weather is looking mint this weekend, far better than last, great river conditions too for the most part.

Enjoy the lingering spring conditions before we hit the heat of summer! I might catch you at the salmon symposium…