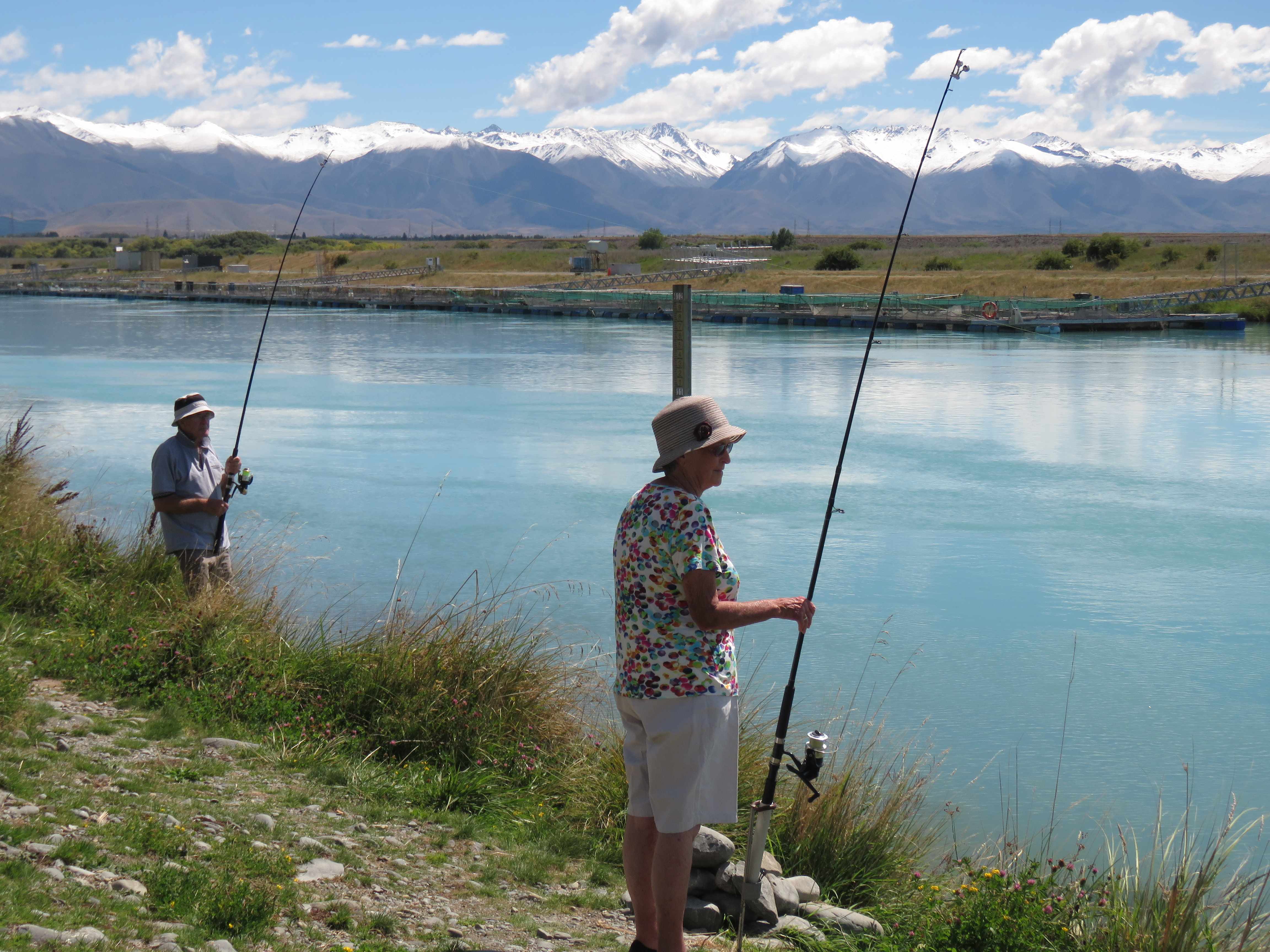 Last Friday I was up at the canals ranging, scouting the start of the sockeye run, and gathering material for canal fishing information pamphlet I’m putting together.

At the bottom end of the Tekapo Canal the road closure was in place.

The closure is right back at the carpark/toilet area that you arrive at when you drive up the hill to the edge of the stilling basin.

This is the logical spot as there is space for parking and a useful turnaround area.

It was great to see that the old toilet that went AWOL has now been replaced with two port-a-loo’s.

The hazardous construction site is another 500 metres or so along the road, so I got in touch with Genesis this week and asked them to confirm how far anglers can walk/fish beyond the road closed signs.

The answer was up to about 100 metres short of the construction zone where a gate blocks any further public access for safety reasons. 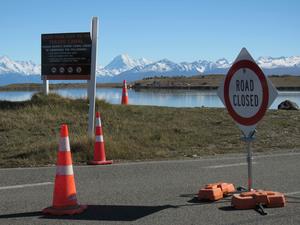 Anglers keen for a walk or bike can go the long way on the far side of the canal right around to the salmon farm and beyond.

No vehicle access is available to the salmon farm on the Tekapo Canal. This is anticipated to be the case for the next 3 months.

Left: The road closure on the Tekapo Canal Road with the construction site and Mt Cook in the background.

The canals were busy with anglers, some were displaced from the flooded-out Rakaia fishing competition.

I managed to check 31 anglers between other tasks and encountered one offender, fishing without a licence.

This visiting angler had done all the homework, had purchased expensive gear but decided not to buy a One Day licence for $20, he could even quote me the licence prices he chose not to pay.

All the canals were discoloured as the headwater lakes: Tekapo, Pukaki and Ohau were carrying silt from the recent rain events on the main divide.

Not much was getting caught, that I saw anyway.

Bait might be the best method in this case as the trout can find it with their smell as well as their sight.

I had a quick look around the lower Ohau River for the start of the sockeye salmon run and found only 3 fish.

Since then we have had reports from anglers that they have turned up in Lake Pukaki Tributaries and are up the Twizel River too.

Its March now so remember you can only fish for sockeye in Lakes (see regulation 2.6.1, pg 34 of your sports fishing regulation guide.

Near the mouths of the Ahuriri, Lower Ohau and Tekapo rivers in Lake Benmore would be your best place to target sockeye.

Its been wet lately and rain will be a feature of the weekend, mainly in the high country. Be sure to check the weather forecast before you go fishing. The water levels are still high too so check the ECan flow website.

The Rangitata River was high and discoloured yesterday so you will be lucky to get good fishing clarity there this weekend.

With salmon focussed alternatives to river fishing in mind, the surf forecast predicts smaller swell size on Saturday than Sunday, I’m not sure how coloured up the sea is currently.

The Opihi was also high and discoloured yesterday, good colour for bait and spin fishing. I’m not sure where the colour is coming from maybe the Opuha River? Parts of the Opihi catchment will be for fine for sight fishing this weekend.

The Pareora and Waihao rivers were holding good flows at the SH1 Bridges too so that’s a good gauge that there is plenty of water about.

The Waitaki River was carrying colour yesterday but was probably still worth fishing, that was at about 320 cumecs on the ECan flows website.

What the flow will be on the weekend is based on Meridians management of the Waitaki Dam for power generation.

Generally, demand for power generation is lower in the weekend so flows can be less.

The tributary streams are high currently though, so they will have a small influence too.

Finally, a notification for the game bird hunters, applications to enter the ballot for the rights to hunt opening weekend on stands Fish & Game manages are now being accepted.