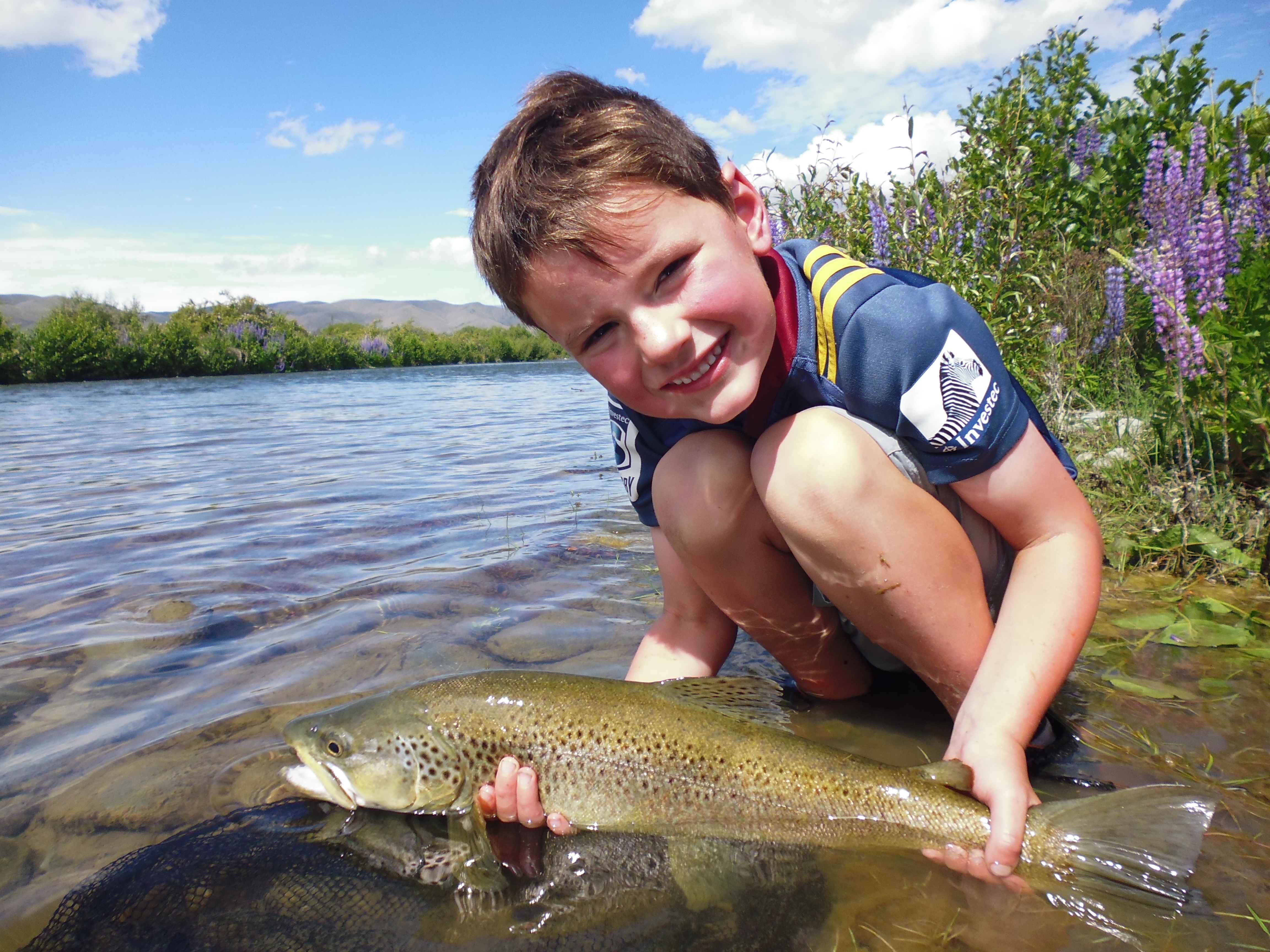 It’s a Tekapo flavoured report this week with news to share from river and lake.

Hamish Stevens and his son Finn fished the Tekapo River last Friday evening and Saturday morning while the river was flowing between 13 and 14 cumecs.

On Friday evening Finn drifted worms through just one pool and picked up three browns between 3 and 4.5 pounds. He kept one and found it had been eating snails and several toe biters.

On Saturday morning Finn hooked two large fish, landing a 3.5 lb brown and losing a big 5-6 pound brown. Hamish did a bit of flyfishing on Saturday too but only caught juvenile brown and rainbow trout.

Hamish said sight fishing wasn’t possible (the Forks River tributary has been discoloured lately), and that didymo was a feature but presented only a minor inconvenience.

Didymo did get caught on their gear, but while worm fishing it was mainly on the sinker, with the worm and tippet trace remained clean.

Finn did a spot of spin fishing too and the didymo wasn’t too bad. A good tip is to put a small swivel half a metre before your spinner and it will catch most of the didymo rather than the lure.

While fishing for an hour in the scorching mid-afternoon sun they managed to catch a bag limit of four salmon each. 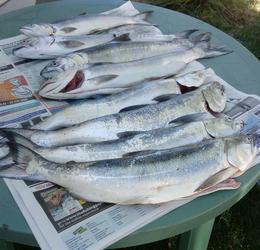 They fished from the shore at a touristy spot and cast black and green lures as far as they could.

The salmon weighed up to 2kg and fought well. The bag limit for salmon has been increased to 4 per day this season to make use of the ‘put n take’ resource we have created there through annual releases of salmon smolt.

The smolt are gifted to licenceholders by the local salmon farm hatcheries.

With pest species like didymo in mind, it’s a good reminder to ‘check, clean and dry’ your equipment after getting wet. After all there are all sorts of nasties out there humans can spread around the waterways unintentionally.

There are recent reports that lindavia algae, commonly known as lake snow, is present in several Canterbury waterways. This invasive mucus like species has been present in the Otago lakes for a few years and is well known as a nuisance to boaties trolling fishing lines.

A recent news item details that is clogging up filters at Genesis Energy’s Tekapo power stations, which use water from Lake Tekapo and associated Tekapo Canal.

A media release by Environment Canterbury reports that lake snow is not a health risk and that It can be present in a waterway but not be easily detectable. ECan is planning to do further testing for its presence this summer.

Fish & Game have not received any reports of lake snow from anglers in the CSI Region. It is reported to be present in these CSI Lakes: Lake Tekapo, Lake Alexandrina, Lake Macgregor, Lake Benmore, Lake Waitaki, Lake Ruataniwha, Kellands Pond, Lake Heron, and Lake Opuha.

I’d encourage all of you to ‘check, clean and dry’ your gear to help prevent the spread of invasive aquatic organisms. Information on how to best Check, Clean and Dry can be found on our website here. 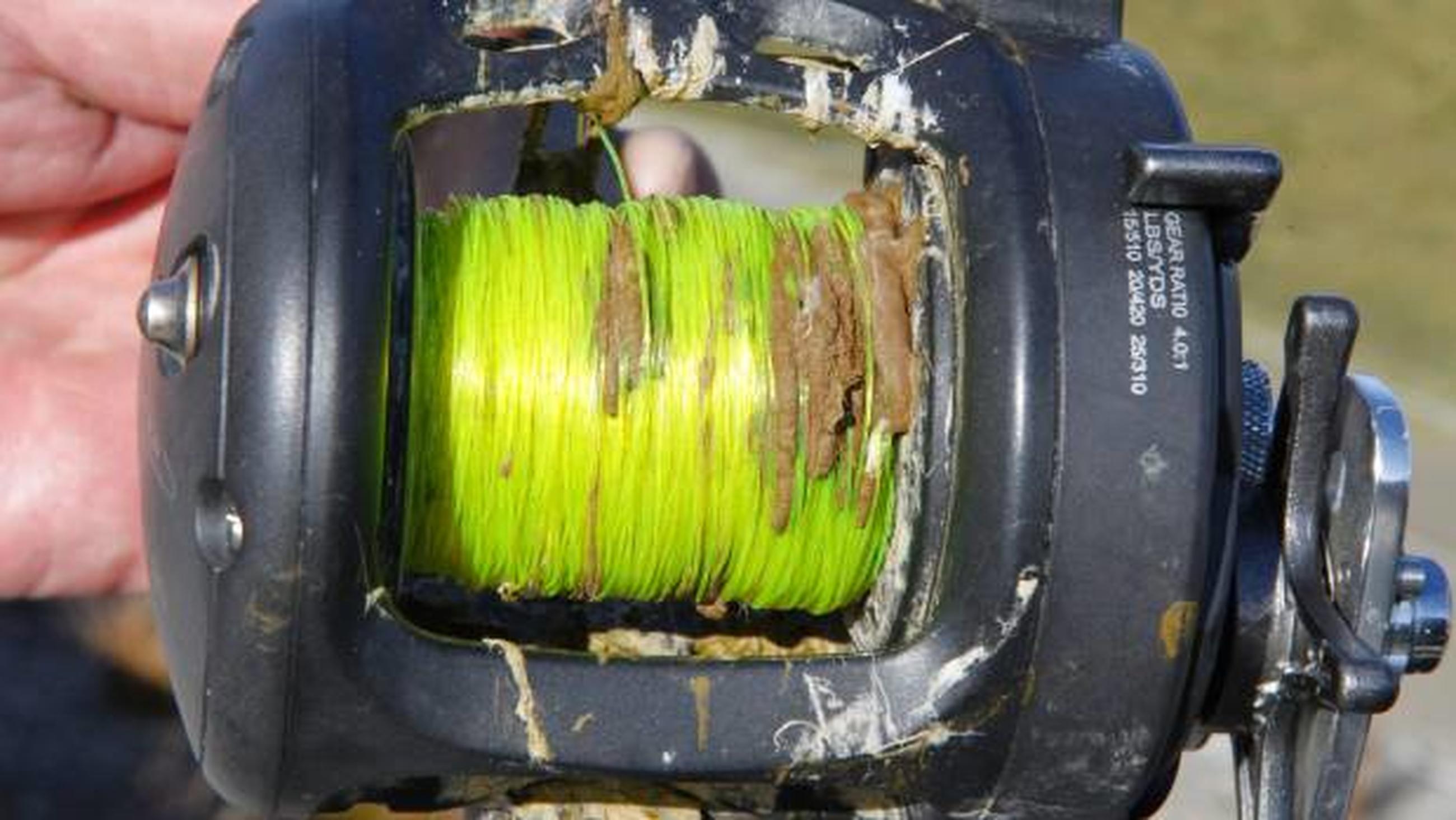 And just a quick note, the first run of salmon has hit the Rangitata River and a small number of well- conditioned fish have been taken at the mouth and Lower River over the week.

I hope you enjoy your weekend of fishing. In general the weather will be sunny and windy and rivers have will fishable flows in the low and mid country but may be high and reducing in flow if they drain the Southern Alps.

Licence holders and members of the public are welcome to attend our Annual Public Meeting next Thursday the 7th of December. The meeting starts at 7:30pm and is held at the Fish & Game boardroom, 32 Richard Pearse Drive, Temuka.

The bi-monthly council meeting is being held prior to the AGM from 4pm – 6pm, all welcome.

Not all licence holders read our newsletters or catch the meeting advertisements in the local papers so please spread the word amongst your fishing and game bird hunting friends.