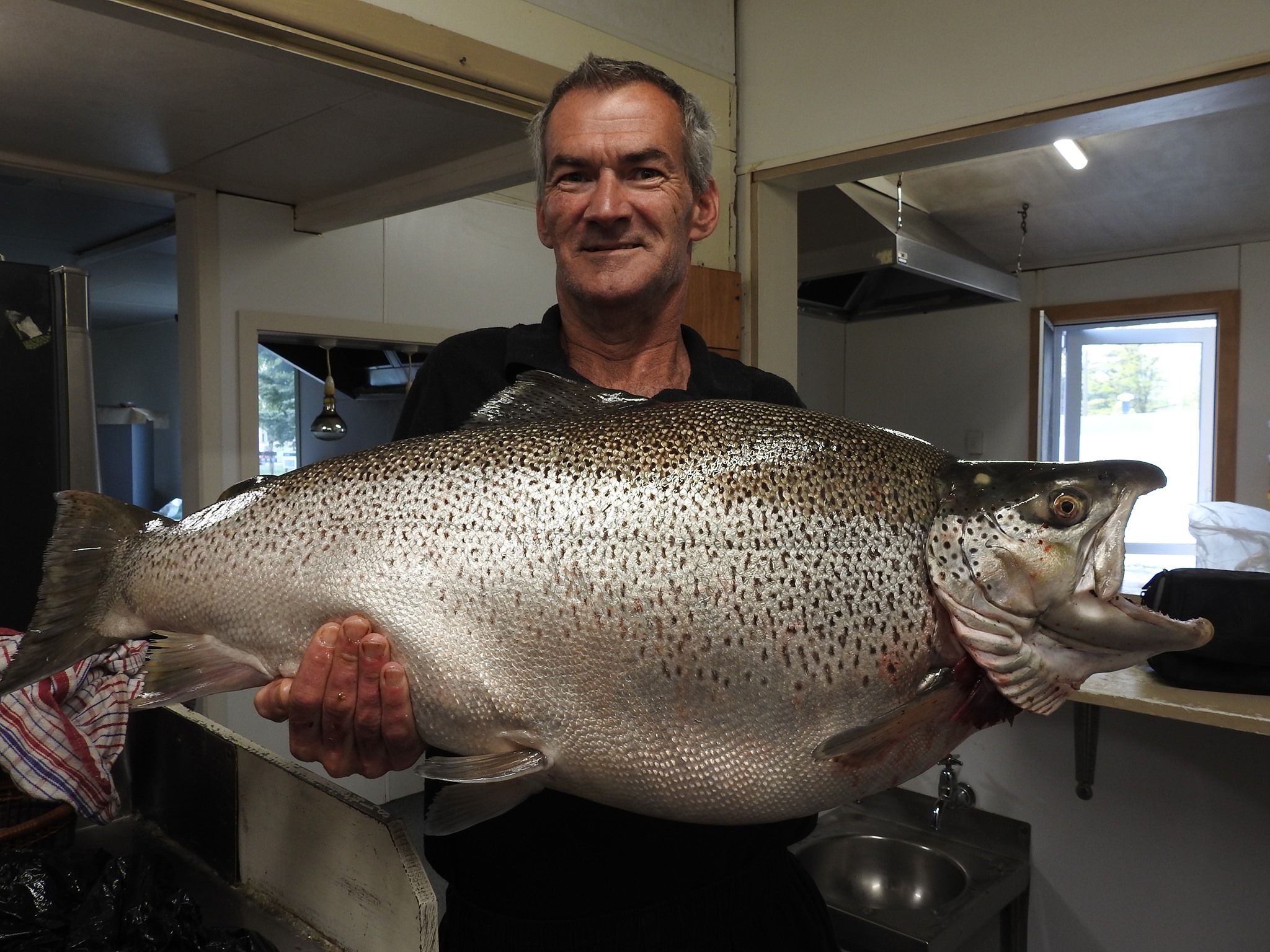 The big news this week is that a world record size brown trout was caught at the canals.

Weighed in at 44.3 pounds on the Pleasant Point Butchers certified scales, it comfortably beats the current record of just over 42 pounds which was caught in the Ohau C Canal, back in 2013 by Otwin Kandolf.

Above Right:The 44.3 pound brown trout held up by staff of the “Razza” in Twizel' Credit Sean Colenso via the Twizel Community Facebook page

Otwin’s catch will remain the official record unless the angler goes to the effort of having it confirmed through the International Game Fishing Association.

Seeing as the angler wishes to remain anonymous it looks as if it won’t grace the record book but seeing as it was weighed on certified scales, world record chasers can rest assured that there is a new “unofficial” benchmark of 44.3 pound to beat.

This week I can share some other news of “getting caught” with a prosecution being completed recently.

Back in June a Ranger encountered an angler fishing without a licence on the Tekapo Canal at the Magic Carpet.

Additionally, this angler refused to hand over his rod for seizure on request by the ranger, in doing so committing obstruction.

The angler was convicted of both offences and fined $1,000 by the judge.

If you think that behaviour was poor and penalty was hefty, it gets worse.

The same angler was encountered fishing without a licence in the exact same place by the same Ranger previously, nearly a year to the day back in 2019.

It’s still early season and a great time of year to hit the water.

There is some weather to contend with this weekend in the high country, expect some wind and rain on Saturday if you are up around Twizel and Tekapo.

That may add to the already elevated flows of the Rangitata and Ashburton rivers and make fishing difficult.

On Sunday, the rain will probably clear early to a sunny day, but temps might be a bit cool and wind might still be enough to deter small boats from hitting the exposed parts of the big lakes like Benmore and Ohau.

For the low country its going to be a general mild and overcast weekend, which will provide some good opportunities for fishing.

A wet front rips through overnight on Saturday but should clear off quick enough for some good fishing to be had on Sunday.

If the rain causes a small bump in flows on the lowland rivers that are currently flowing low and clear that might benefit the fishing and entice the trout to feed actively. 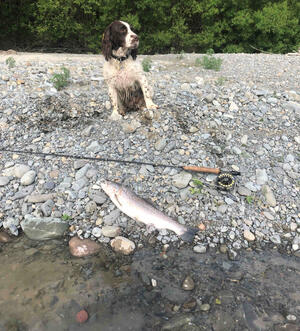 Last week I heard from John Ferran who had been fishing the Ashburton River upstream of State Highway One as the flows were receding and clearing up.

On his fly rod, using a floating line he caught a great brown trout on an outing with his dog Allie.

The successful fly was a Mrs Simpson, which probably imitated a bullie or juvenile trout in this case.

John used a small piece of split shot on the leader to get the fly deep in the swift current.

I’m always keen to share fishing stories and photos from the CSI region in these reports, so don’t hesitate to let me know how your fishing is going this season, email radams@fishandgame.org.nz

It’s not far until our High Country Opening on the first Saturday in November (7th).

Time to plan your trip, sort the accommodation and if you haven’t done so yet purchase your 2020-21 sports fishing licence.

Anglers that travel to target opening days will be aware that high country waters for the Otago and Southland Regions open on 1 November while for CSI and North Canterbury they open on the First Saturday in November (7 November).

There are also December Opening’s, Backcountry Endorsements and Controlled Fisheries regulations to keep in mind too!

Be sure not confuse the regional boundaries and opening dates and double check in the 2020-21 regulation guide when the fisheries you intend to fish actually open!

If you need further clarification call the Fish & Game Office of the region where you intend to fish, our number here in Temuka for the CSI Region is 03 6158400.