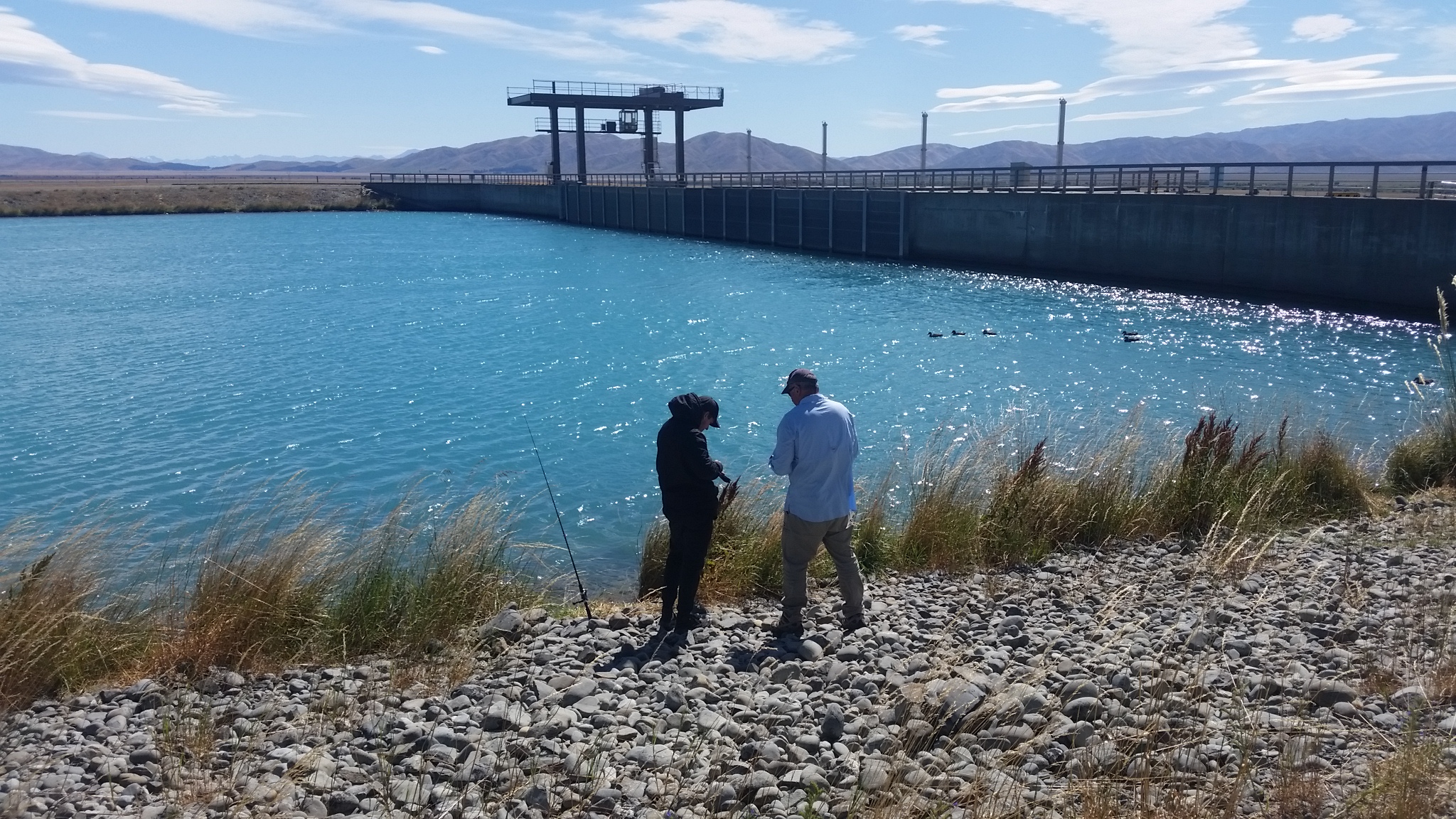 In last week's fishing report, I mentioned that a 55lb brown trout was said to have been caught at the canals recently.

The mystery of who caught it and what it looked like sparked huge interest in the national media.

Our search for confirmation of the catch has come to a standstill as the angler appears to want to remain anonymous.

While it is possible we'll never discover the identity of the angler and the record may not be claimed, there's still a good chance we'll get to see the fish.

Richard Hill at Oamaru Outdoors and Sports, who originally informed me of the catch, is confident that if we leave the angler in peace, we'll get to see the fish once taxidermy has been completed.

This catch is too impressive to hide away on someone’s lounge wall.

I reckon we should just respect the angler's wishes and wait patiently for them to produce evidence of the catch in their own time.

Above right: An angler gets checked at the Ohau C Canal.

One thing's for sure, 55lb is way bigger than the current record of 42.1lb set by Otwin Kandolf at the Ohau Canal in 2013. It begs the question: has there always been 50lb-plus brown trout in the canals but this is the first one landed?

There have been other massive brown trout caught, some thought to exceed the record, but none to my knowledge over 50lb.

The size of this fish makes me wonder what it was eating to get so big.

It is commonly accepted that the reason the trout get so big in the canals is that the salmon farms operating there offer additional food sources not available in our river and lake fisheries.

Without the salmon farms, an exceptionally large brown trout may reach 20lb by gorging on mice or fish.

With the salmon farms, canal trout over 20lb are caught on a weekly basis.

I wonder if this 55lb brute has been supplementing its already generous diet by inhaling 3lb salmon or 6lb rainbow trout?

How else could it get so big?

How big could a trout get with an unlimited food supply?

Too many questions, so on to the next subject…

Over the weekend we held our annual rangers’ get-together.

The main purpose was to undertake situational and tactical communications training.

Among other requirements for rangers, this training must be completed on a regular basis for them to retain their warrants.

The training sets rangers up for tactically dealing with difficult people and maintaining their own safety.

The training is undertaken by compliance and enforcement experts with long careers in the police force and fisheries compliance teams.

The second purpose of the weekend was to get out and check angling compliance.

We were based in Kurow and focussed our ranging efforts at: Lake Benmore, the canals and Hakataramea Waitaki and Opihi rivers.

The strong winds appeared to keep anglers at home, but we still checked on 85 anglers.

Other than at the canals, compliance was excellent. At the canals we found three  anglers fishing without a licence.

One of those anglers further offended by providing false information to a ranger, which is a serious offence and can attract a prison sentence.

Our Compliance Coordinator now has some paper work to complete on these offence files.

In brief, these offenders now face penalties ranging from a written warning through to prosecution and conviction in the district courts, with any seized equipment forfeited to Fish & Game.

If you want to brush up on your regulations here is the link to the online version of the 2018-2019 sports fishing regulation guide for the South Island.

You can also contact us at our Temuka office if you require further clarification, on 03-6158400 or email csi@fishandgame.org.nz

All river and streams except for those draining the main divide should have good water levels this weekend.

The Rangitata jumped up to 647 cumecs and the Ahuriri to 48 cumecs last night so check on those rivers before you head out this weekend.

The south Ashburton River had a small bump in flow too, but nothing significant.

Friday’s weather is looking perfect, while Saturday might be a bit windy with a westerly front sweeping up the main divide and Sunday looks alright.

Plenty of opportunity for all.