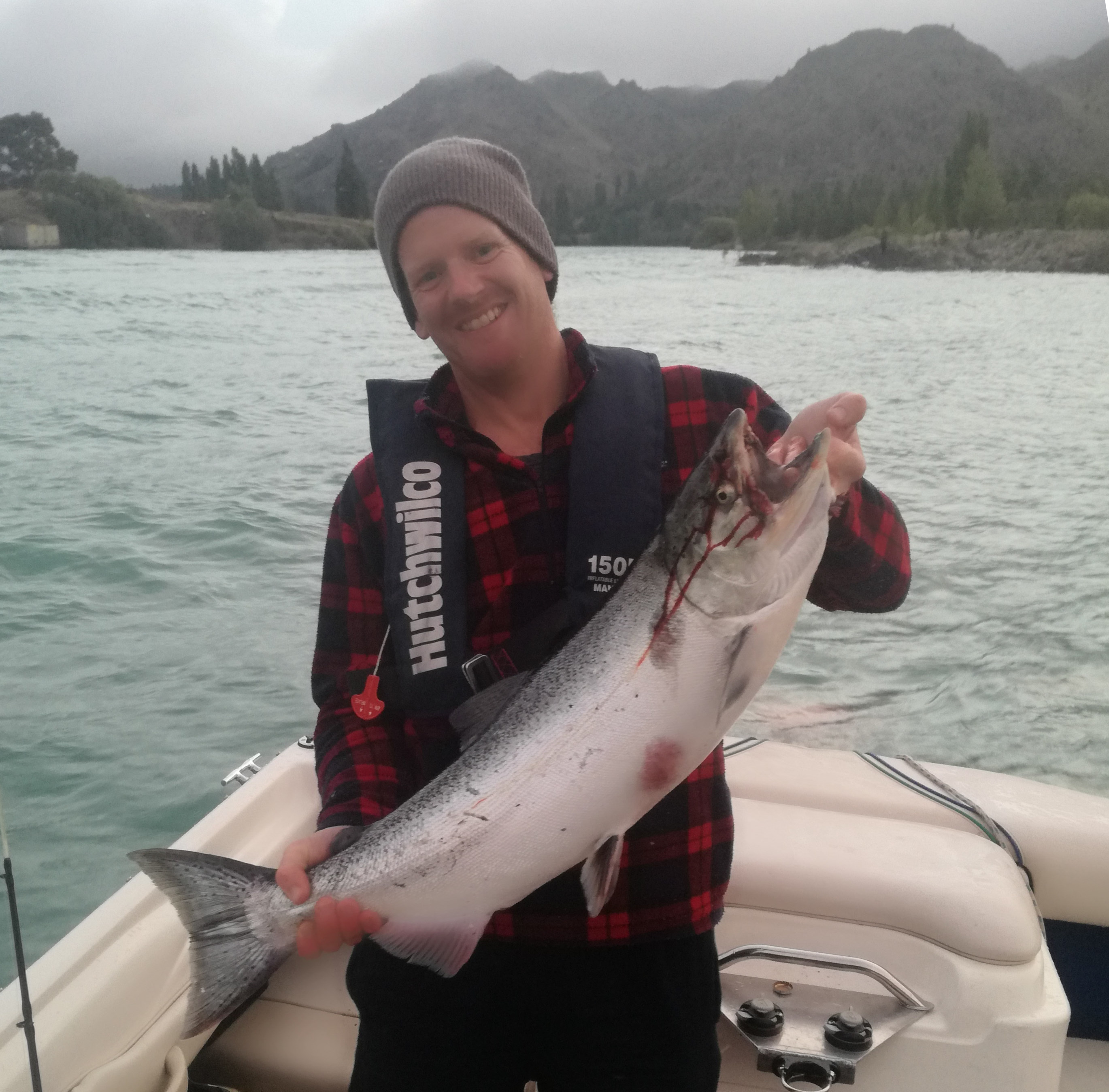 Last week, amongst some other great fishing reports from the Waitaki lakes, I reported being shown a Facebook post of a salmon caught in Lake Aviemore “in the 20-pound conversation”.

Turns out it was 17-pound, the successful angler Steve Frater got in touch to share his catch report.

Steve caught it on a bright yellow tassie and said it was a big improvement on the next biggest salmon he has caught there, a 5-pounder.

After having a good look at the photo, I wonder if that’s a bruise on its belly from a wild ride over the Benmore spillway…

Down in the lower Waitaki River, I have had two reports this week of locals catching some solid rainbows near SH1.

Questions have been thrown around of the possibility that these fish are sea-run considering their excellent condition and rich orange flesh. 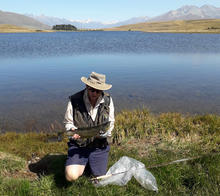 On the sea-run salmon front I have little to report other than that there has been a couple more catches confirmed from the lower Rangitata before the last significant rise in flow.

Don Tilson got in touch to share a report from his local spot, Lake Clearwater.

He sent through a picture of a 3.5-pound brown he got there last Friday on a #16 green humpy dry.

Don noted that the fish had a gut full of green beetles, snails and adult dragonflies.

Don cited that flyfishing has been hard going up there at times mainly because of the weather.

Bill had caught a trophy brown, just over 10-pounds on his second cast of the fly rod that morning.

Bill said it’s his third ever trophy from the lake, his biggest of the three, a 14 pounder which adorns his wall. 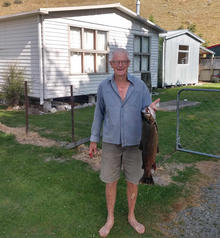 Further evidence as to why Lake Alexandrina is known as this region’s trophy trout lake.

In news of a compliance nature, I thought I’d give you an example of the outcome of three angling companions who were found fishing without licences on the Pukaki-Ohau A Canal back in September.

All three anglers were summonsed to appear in court and offered to complete a court appointed diversion process whereby a court appearance and conviction could be avoided.

One of the anglers chose diversion and made payments to Fish & Game of $600.

The other two anglers had their cases heard in court.

The outcome for the second angler was a conviction and the judge ordered them to pay a $750 fine.

The third angler was also convicted, and the judge ordered them to pay a combined total fine and costs of $830.

It makes buying a $21 Day or a $133 adult whole season licence look affordable I reckon.

All-in-all the weather forecast is looking encouraging this weekend and there will be good opportunities region-wide.

There is a Westerly front pushing up the main divide on Friday and Saturday morning, but it has a toothless look about it.

The only waterway condition heads-up for this weekend is that Meridian have notified that they are spilling from the Pukaki Spillway from Thursday through to Saturday evening.

This means the normally dry Pukaki River will be flowing and the Tekapo River below the Pukaki River junction will have additional water.