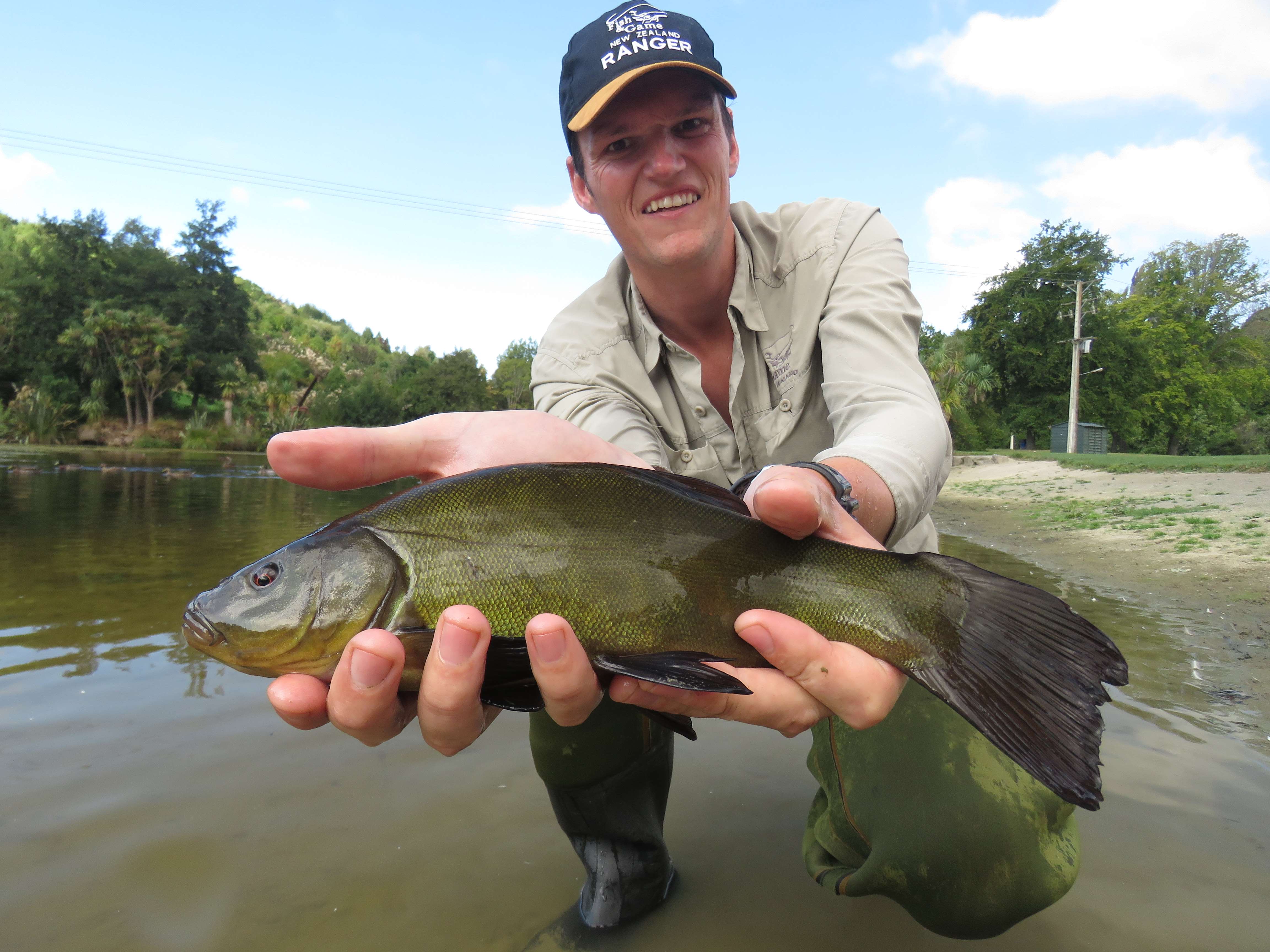 Hooking them is the first challenge, and large fish are known to fight like freight trains.

We hope that in future, we can link-up with the tench fishing community to share tips and knowledge that will enable any angler to try their luck at catching tench.

Last week I guesstimated the total harvest of salmon for the Rangitata River this season,  and apparently, I was way off.

An expert angler I can’t name got in touch with me and filled me in on their season's catch total and the catch of a few others that fish “above the mouth.”

I’m now hesitant to list my re-evaluated guestimate after botching it the first time; fair to say my figures of 80-90 total for the season are way too low!

For some, the season has been far more productive than I had anticipated.

With the sea-run salmon fishing season finishing up on Sunday March 31 in the CSI Fish & Game Region, why not head out for a few more casts while the opportunity exists?

For the Waitaki River in particular, the last two weeks of the season can be the most productive. 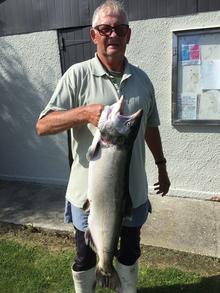 I have had word from the Waitaki that the salmon catches have improved over the week, including Bruce Henderson’s 16lb fish caught below the SH1 bridge.

As a rule, flows of 350 cumecs or less are best for fishing the Waitaki.

Once the salmon season is done and dusted for all Canterbury fisheries, along with North Canterbury we will be undertaking our annual salmon harvest survey.

If you have an active email address, we will send you an online version of the survey. For those without an email address you may receive a phone call to survey your salmon harvest for the season.

Surveys like this are important for assessing annual salmon harvest.

As I found out first-hand, one person’s idea on how many have been caught for the season can be wildly incorrect.

The weather is looking mild and pleasant from Friday through Sunday. I reckon that there should be ample opportunity to get out for a fish in some comfortable autumn conditions.

Please note that you must request to receive your tag during the purchasing process.

Licences are available online here or pop down to your local sports shop.

It's best to have last year’s licence number at hand to make the process fast as.

All anglers are welcome to attend the hatchery's AGM, 26 March, Glenavy Hall, 7:30pm.

He will address the state of the salmon fishery and the Nation Sea-Run Salmon Committee’s role in addressing the issues.

Genesis Energy is reminding anglers that access to the upper Tekapo river bed, and the pond below the SH8 bridge/ dam, is not permitted for any recreational activity.

This is a hazardous environment and subject to flooding from the spillway gates.