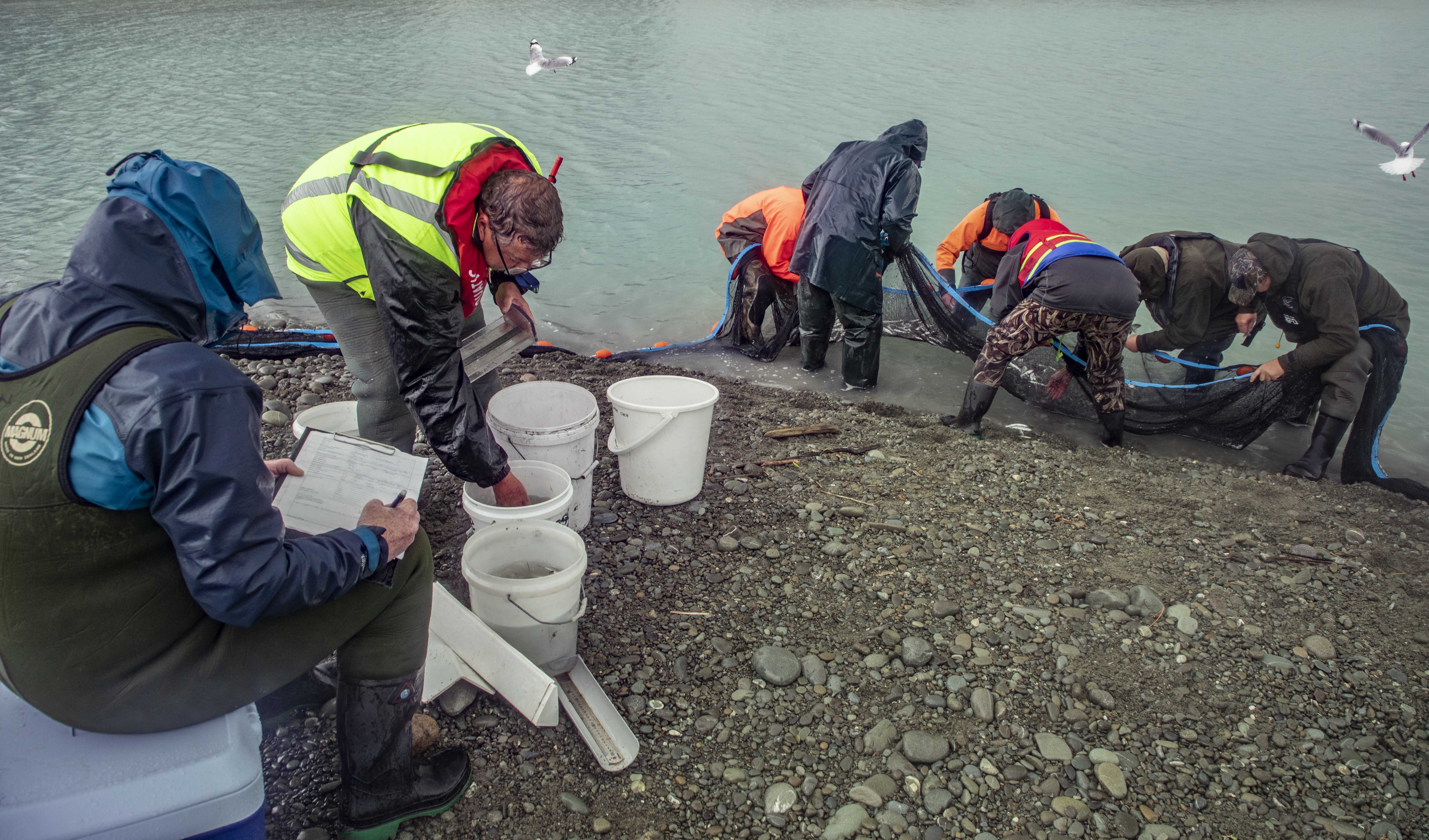 We had a report of people poaching trout with nets at the Ashburton Lagoon this week.

I can confirm that two of the “poachers” are dodgy-as, I know them well – we share an office and manage the sports fish and game bird resource together.

But it wasn’t poaching witnessed, rather a “pilot study” that surveys the hapua (lagoon) fish communities of three major Canterbury braided rivers: The Rangitata, Ashburton/Hakatere and Rakaia.

ECan, DOC, local Iwi, CSI and North Canterbury Fish & Game have teamed up for the project that aims to repeat and compare result of similar survey undertaken in the 1980’s and in particular assess the state of the smelt communities.

Smelt are a key prey item for sea-run brown trout and anecdotal evidence from the community suggests both those species and the estuarine habitats the rely-on are not as prolific and healthy as they once were.

Above: ECan, DOC and Fish & Game works together to survey hapua-lagoon fish communities at the northern lagoon of the Rangitata River - Credit Richard Cosgrove.

I know I have already talked-up the Tekapo River this season, and I’ll do it again – but there is good reason to.

It appears the significant spilling-flood caused by last December’s massive rain event has given the river a seriously good “tidy-up”.

It’s no secret that this river was once an unbelievably productive fishery before didymo turned up and took the shine off it.

Reports from the river last weekend revealed that it is currently fishing like “the Tekapo River of old”. 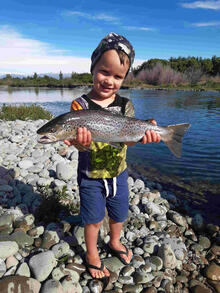 My take on it is that there is plenty of fish and plenty of water and that the 4X4 access will limited angler numbers anyway – reports are that the river only had a few anglers on it last weekend.

If you ever wanted to give the Tekapo River a crack, go and make the most of this opportunity!

On the canal front, tagged trout are still being caught up the top end of the Tekapo Canal where we released them but very few are getting caught down by the farms and stilling basin.

If you catch a tagged trout please contact us with the: unique 4-digit tag number, location caught and if it was kept or release. An estimate of it’s length and weight would be great too!

There is the occasional salmon getting caught down by the farms on the Tekapo Canal currently as well as a few “fat-as-butter” rainbows, but not much news of salmon from elsewhere in the system. 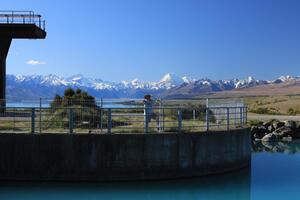 Garry Patterson enjoying the famous scenery at the Tekapo Canal and only moment slater caught a salmon.

Steve Patterson caught a nice 8-pound salmon recently just after this photo of the famous view was taken at the botton of the “bowl”.

News on Facebook was that another massive brown exceeding 40-pound was caught last week at the canals.

It’s only a matter of time before someone catches a 50-pounder, right?

Unfortunately, the reports of a potential 55-pounder caught some time ago did not eventuate into any evidence that the public can grasp.

We are staring down the barrel of the weekend and in a few week’s, it will be the school holidays and shortly after summer holiday period.

These times present many opportunities to take a kid fishing!

My advice is to start kids off fishing at lakes, it’s a more simplified environment than rivers with flowing waters and surround by trees to snag wayward casts.

lakes where you can spin and bait fish are the best like Heron, Opuha, Tekapo, Benmore, Waitaki and Ruataniwha.

Spin fishing works as casting practices too, and if nothing is biting, switch over to bait fishing – using a worm, huhu grub or cooked cocktail shrimp as bait. 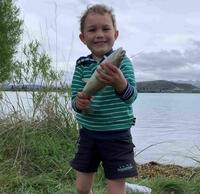 Four-year-old Flynn Scott and his dad Hamish have been fished Lake Ruataniwha last weekend at their “never fail” spot.

It’s a mixed-bag of weather this weekend, perhaps windy with rain showers in the high country and Mackenzie on Saturday but a pretty decent day region-wide on Sunday.

River flows are up for our main dived waterways like the Rangitata and the Outdoor Access live stream at Klondyke show its glacial grey colour will take a lot of clearing to become “fishable”.

Most lowland waterways have clear water with medium to low flows excellent for sight-fishing.

Be sure to check your favourite Weather forecast and the ECan river flows website before heading out.

The Annual Public Meeting (APM) of the Central South Island Fish and Game Council will be held on Thursday 3rd December at 7:30 pm at Council’s Boardroom, 32 Richard Pearse Drive, Temuka.  Anglers and hunters are welcome to attend.