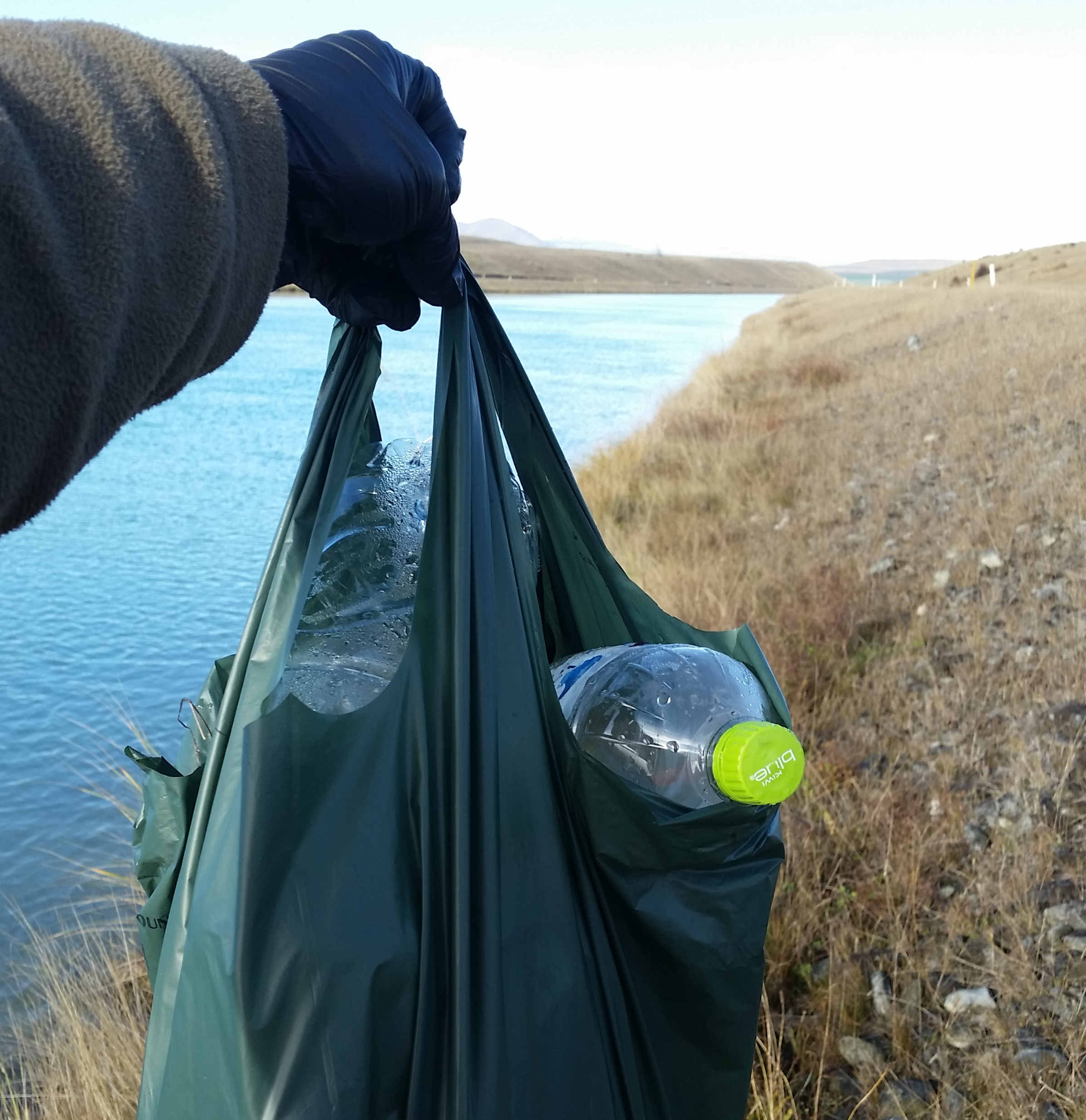 Good luck and "good on ya" to those anglers and others heading to the canals litter pick up event this Saturday.

This is a great community event spearheaded by volunteers from the Halswell Menzshed.

Having generous sponsors means the spot prizes are fantastic.

The BBQ lunch put on by Mt Cook Alpine Salmon and High Country Salmon is a drawcard too.

Anyone interested in getting involved can meet at 8:30 am, Saturday the 20th, in the Twizel Town Centre (outside Jakes Hardware) for a safety briefing and spot prize number.

Above Right: The canals litter pick up event is on again this Saturday.

My advice for those allocated to high-use canal areas like the Tekapo 'fish-bowl' is to slow down and take a good look for fishing line; at a glance, the canal banks can appear rubbish-free, but a closer look can often reveal some camouflaged fishing line.

There will be time to fish after the event and on Sunday too, so how's the weather looking?

It's a relatively dry forecast for the weekend - region-wide.

It looks to be windy in the high country on Saturday, calmer conditions on Sunday.

The rain we received earlier in the week made a few rivers unfishable, and they will be on the road to clearing up by the weekend.

For example, the Ahuriri River got up to 45 cumecs during the week but will hopefully get down to a more fishable 25 cumecs or less at the SH8 Bridge by Saturday.

The Rangitata River bumped up to about 285 cumecs on Tuesday, and you'll be lucky to see flows back under 100 cumecs by the weekend.

Further East, some of our lowland streams had a top-up from the recent rain but will still be flowing relatively low and clear over the weekend.

An example is the Te Ana a Wai River near Cave.

The canals never flood, but their flows do fluctuate with power generation demands and operational matters.

With one of the generators under maintenance at Tekapo B Power station and ample water in Lake Tekapo, Genesis Energy have informed us that it is likely that the Tekapo Canal will be steadily flowing at about half capacity for the next fortnight. 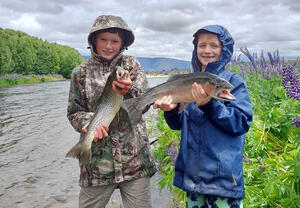 Our report from the riverbank this week comes from my Colleague Hamish Stevens who returned to the Tekapo River last weekend for his annual family and friends fishing trip.

At nine years old, Finn Stevens, now the seasoned Tekapo angler, hooked two browns on a paddle tail soft bait in the same pool and kept the one pictured for dinner — trout wraps.

Lincoln hooked another nice brown the following day but unfortunately lost it due to didymo binding up at the rod tip.

The didymo was as bad as ever, with nymph fishing almost impossible and lure fishing severely impacted with most casts resulting in a wad of didymo at the lure.

We were fishing on a rising river that may have increased the impact didymo was having; however, it was still covering almost all of the riverbed.

Even at stable flows, I imagine it will still cause frustration for the angler.

This was in stark contrast to last year, where the river was almost didymo free, and fly fishing was a pleasant experience.

Despite didymo, the fish are still there and are in excellent condition, and the three fish we harvested were enjoyed by all.

As a bonus experience for the boys, we got to see a few tuna (eels) that were attracted to the scent in the water as we cleaned the trout."

Steven Bannister was elected Chair, and Linn Koevoet was elected to the role of New Zealand Council appointee.

Summer is nearly here, and there are a few things to remember when you're out and about near our canals and hydro assets.

Enjoy the canals and hydro assets safely over the summer!

ECan advises that they will be working on repairs in the Tekapo River and tributaries for the next two weeks, including repairing the Greys River and Mary Burn Fords.

As a result, there may be some disruption to anglers (water clarity) during the working week. 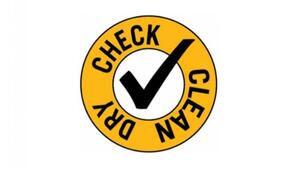 Invasive aquatic organisms are scattered around New Zealand's waterways; let's do our bit to stop them from spreading any further.

For example, lakes Benmore and Aviemore have an infestation of the aquatic weed Lagarosiphon major (oxygen weed), and there is a huge cost to keep it at suppressed levels.

There are other nasties out there too, like didymo, and the only way to ensure none are spread around is to always check, clean and dry before going to a new waterway.

This helpful Check Clean Dry pocket guide gives you great information on how clean all types of equipment.