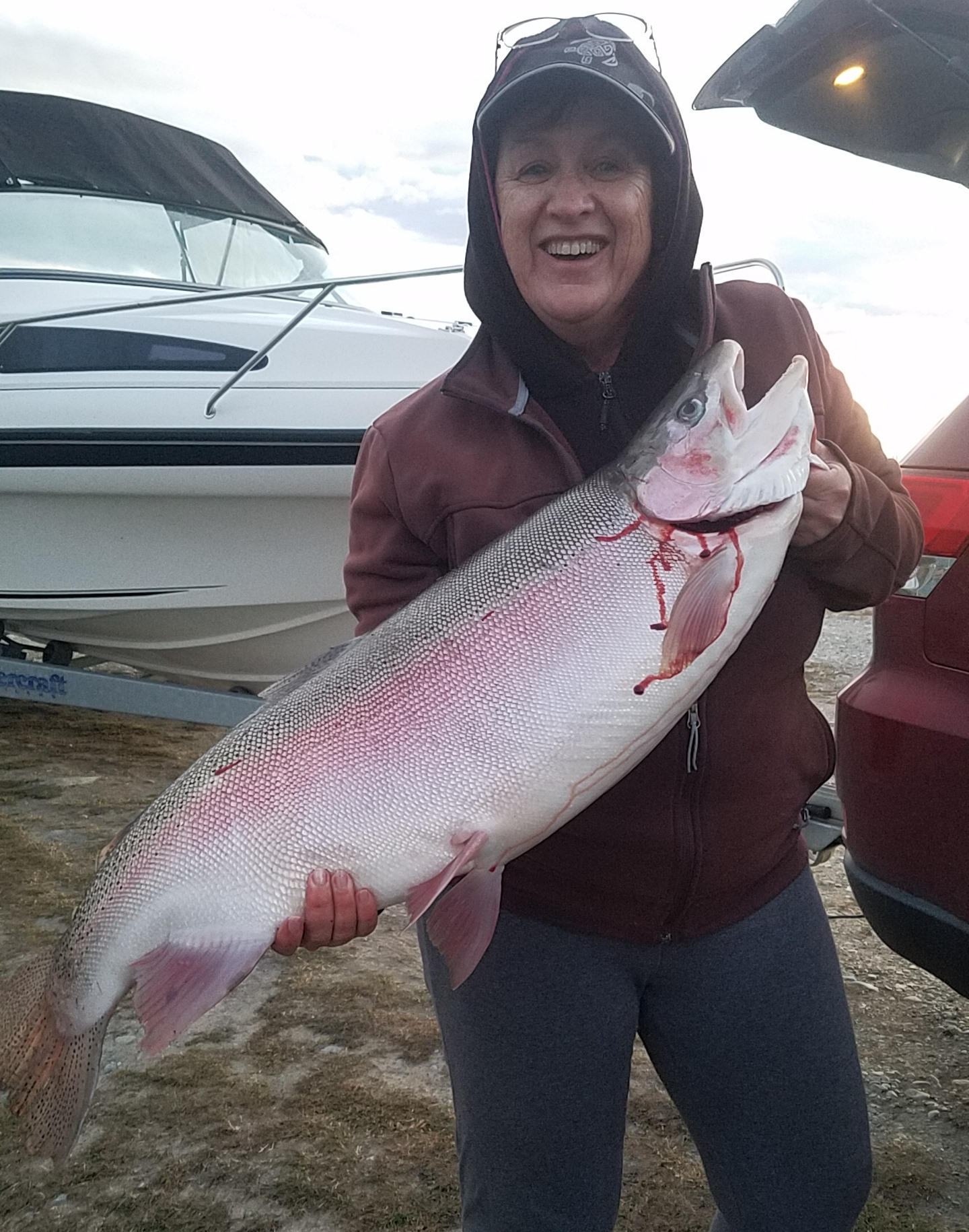 If you haven’t tried fishing with a booby fly at the canals or other rainbow trout fisheries, then I suggest giving it a crack this summer.

Booby flies come in a few shapes and sizes but in general they resemble a woolly bugger fly with two big foam eyes.

A booby fly can be fished with dynamic movement and rainbow trout, in particular, seem to love attacking them.

The woolley bugger-style marabou tail proves and excellent ‘pulsing’ movement in the water imitating a swimming fish and the foam eyes make the fly float – and when sunken by a sinker or sinking line causes the fly to rise in the water column.

Liz Melbourne got in touch this week to share a photo (above) of her personal best, a 27-pound rainbow trout that she caught a couple of weekends ago out of Lake Ruataniwha/ Ohau B Canal. 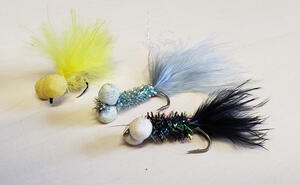 Liz reckoned that the beautifully condition fish was a bit fat and lazy from spending time under the salmon farms, so not much of a fight.

It was Liz’s first-time fishing with a booby fly and what a great result!

Fly anglers can fish booby flies on a sinking line and its best to use a relatively short leader.

Striping the fly in with long pauses will let it float up in the water.

This style of fly fishing is a great option when fishing steep drop-offs at river deltas – for example the Otematata River delta at Lake Aviemore.

One way spin anglers can fish a booby is on a rig currently used for egg rolling.

Use a three-way swivel with a short trace to a light sinker and a longer trace to the fly.

Either bounce it along with the flow – egg rolling style or cast and retrieve in a start-stop pulsing style.

It’s even worth a try in a static bait fishing scenario. 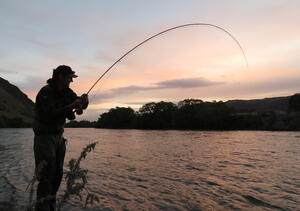 With a suitable size heavy sinker, set the leader length to float the booby just above the weed beds, either in some current or in still water.

Give the booby some extra movement to attract a nearby trout by occasionally making a short-quick wind-in.

Graeme Hughes got in touch with his former colleagues here at Fish & Game this week to notify that some evening/ night fishing on the Waitaki River near Kurow is well worth the effort.

Graeme reported, from a recent night on the river, that “The catch is a mix of browns and rainbow trout, the 'rainbows" are almost frightening if a large specimen takes your presentation. Most rainbows are excellent conditioned (small heads deep bodied very fit).”

“I have lost all large fish, or fish that feel like large fish, the first run empties the spool way through the backing and once mid-stream and heading for Glenavy the odds are on the fish.”

“Last night was no different to other nights excepting the frenetic activity of trout slashing at caddis is getting later, Although I caught several on a dry, deer hair caddis on a dropper, between 8.30pm to 9.30pm with a wet "Hughes Special" on the point. During the darkness hours until 10.30pm, 7 hooked 4 landed, 3 lost.”

By chance, Hamish, Jayde and I were passing through the day after receiving Graeme’s report so we decided it was best to stay on for an evening of fly fishing the caddis/sedges rise on the mighty Waitaki.

Hamish had some luck fishing a two-fly rig as recommended by Graeme but Jayde and I had little luck despite a few rising within casting distance - on our one-fly rigs.

It was a great evening on the river though and next time we will plan to fish a bit later and all use two-fly rig as instructed!

As for the waterway and weather outlook for the weekend, I’d be optimistic but keep a eye on the weather forecast if you are short on time and pick your best window of opportunity.

Practically all waterways are in good-fishable condition heading into the weekend although some lowland rivers and streams are heading towards low flow levels.

There is a weak-looking westerly front coming up the main divide on Saturday that should dump some rain in the headwaters of the Rangitata, Ahuriri and neighbouring headwaters - but it doesn’t look to be too intense and there not much rain about elsewhere, if any.

Boaties might have some wind to contend with on Saturday on the Waitaki lakes but Sunday looks pretty good.

And if you’re fishing but should be Christmas shopping, you could multi task, licences for your friends and loved ones can be bought online here.