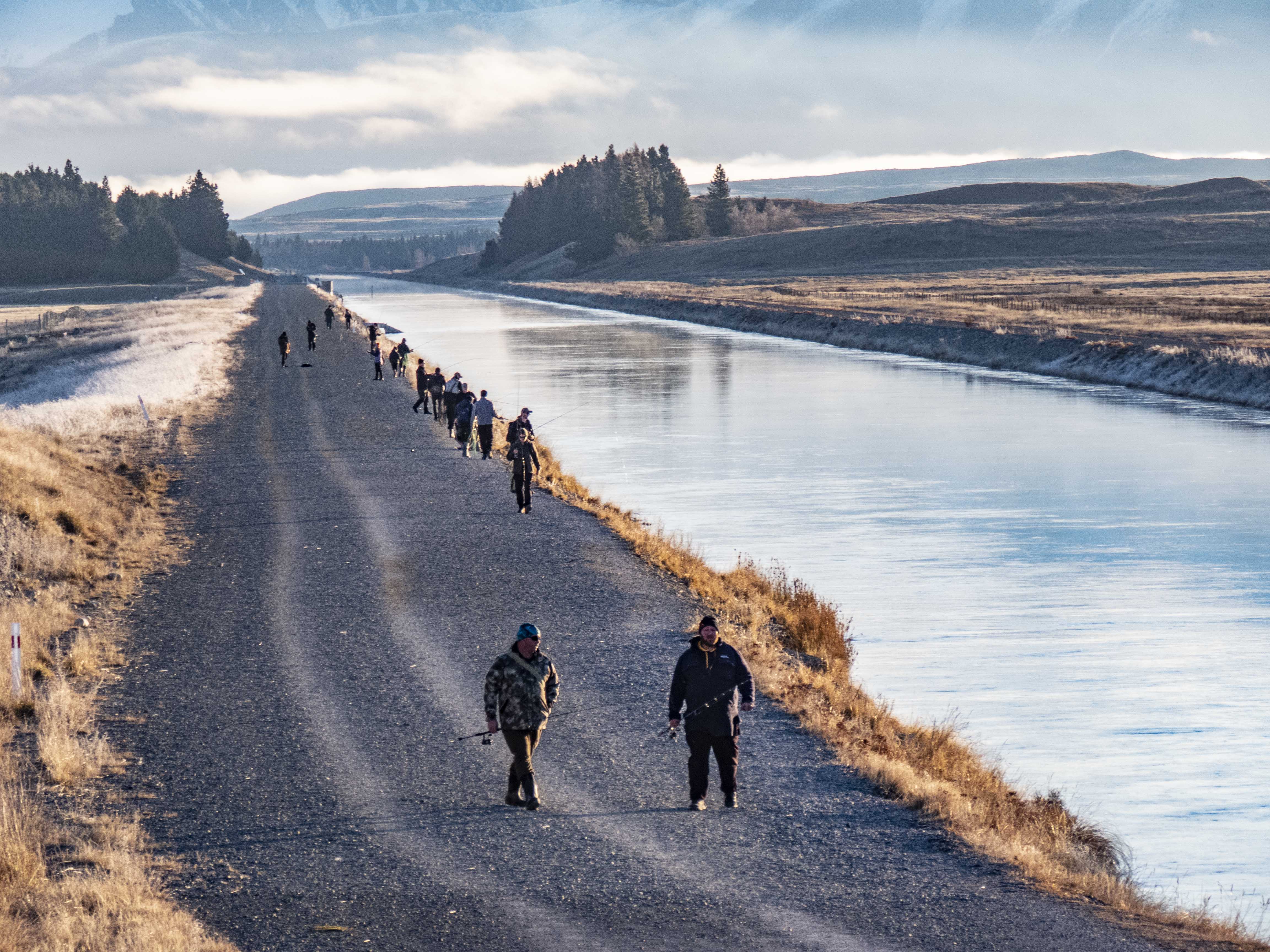 We are winding down towards the end of the main fishing season on April 30.

Thereafter, the show goes on with many year-round and winter-specific seasons to utilise.

These open seasons can be found in the regulation guide here.

As many anglers do, you can also contact our office directly to seek regulation advice: email csi@fishandgame.org.nz or phone 03 6158400.

For many canal anglers the season never ends, they just have to buy a new whole-season licence every year in time for the October 1st roll-over of the new season.

In fact, for many anglers, winter is their favourite time to fish at the canals.

And it's probably for that reason alone there has been some concern and riverbank miscommunication about the upcoming winter closure of the upper part of the Tekapo Canal.

For the first time ever, the upper part of the Tekapo Canal will be closed for the 3-month period, 1 June to 31 August 2021.

The closure only applies to the upper half of the Tekapo Canal, upstream of the State Highway 8 Bridge to the Tekapo A Powerhouse. This includes the Magic Carpet.

Above Right: The upper part of the Tekapo Canal upstream of SH8 Bridge, including the Magic Carpet (pictured), will be closed from 1 June to 31 August 2021-Photo credit Rhys Adams.

The closure is a conservation-minded approach to managing the intensive fishing pressure experienced at the upper part of the Tekapo Canal during the peak of the winter fishing period and rainbow trout spawning season.

The closure does not apply to the lower part of the Tekapo Canal including the ‘fishbowl’ or any other part of the Pukaki and Ohau Canals.

And while we are on the subject of the Tekapo Canal, it seems to be the best canal to catch a salmon currently.

If you are heading there this weekend be sure to take measuring tape.

Remember, within your canal daily bag limit of 4 sports fish, only 2 salmon may be of 500mm length or greater, the minimum size limit for salmon is 300mm and you may only take a maximum of 2 trout.

It will be busy up there this weekend so please display some tolerance of each other’s preferred fishing methods and ask if it is ok to fish close to someone before invading their personal space.

There are trout throughout the canals and most of the surrounding waterways are open until the end of April too — sometimes it’s better to find a quiet spot to yourself.

The guide has some great advice on perennial canal matters like camping, rubbish and toilets.

For many anglers, any canal fish landed is one destined for the dinner table but for a growing number of anglers, catch and release is preferred — especially in winter while the trout are in spawning mode.

It is critical if you want to catch and release that you handle your fish with the utmost care.

After all, we all want that 20-pounder trophy you catch to go on to grow to a 30-pound mega-trophy or that 1-pounder going on to be a good eating size 5-pounder.

Here are our ‘Quick Five’ tips for handling fish with care: