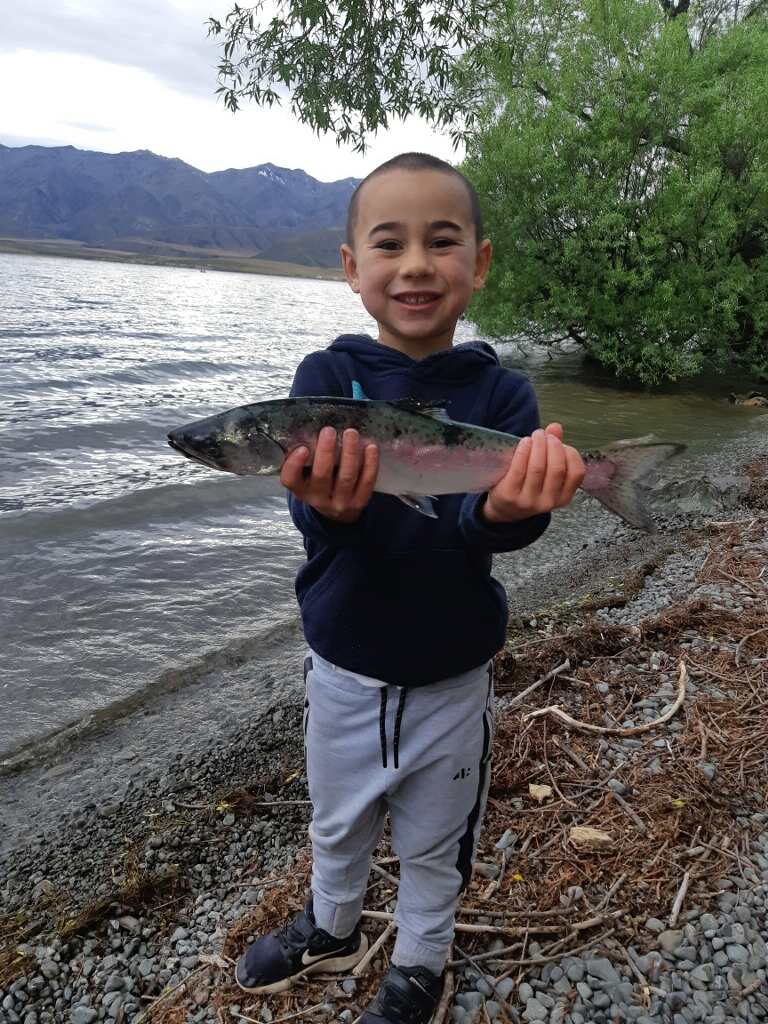 It’s Canterbury Anniversary on Friday and our high country waters are back open for “business”.

Put those two together and you’re in for a busy weekend on the water.

On the contrary, there is more room to spread out now that all waters except for the upper Ahuriri River and Lagoons, Awakino River and Aviemore spawning race are open to fish.

The upper Ahuriri River and lagoons will open on the first Saturday in December however the Awakino River and Aviemore spawning race are our only two waters that are permanently closed.

The high country season opened last weekend and rangers reports tell of an excellent opening and optimisms for a great season ahead.

Lake Heron opening “fixture” Dean Rattray reckoned there were about 100 anglers there on opening day and catches were similar to recent years.

Dean said there were plenty of smaller legal-size lake-resident salmon being caught but it was a hard task to get a bag limit of the “bigger” salmon that are the target for harvest.

Dean mentioned he was pleased to see lots of folks making the effort to take kids out fishing this year.

My colleague Hamish Stevens checked on most of the other lakes in the area and apart from Lake Emma which was busy and Clearwater that had a few, most lakes were unfished at the time Hamish stopped by.

The un-fished lakes included the best brook char fishery in New Zealand, Lake Emily. It’s likely the 4x4 access and flyfishing only status went some way to deterring anglers there.

Hamish said the fish he saw landed from lakes Emma and Clearwater were in excellent condition, fed up on damselfly larvae - apart from one “big ol” lean brown from Lake Emma which would have made 600mm long. 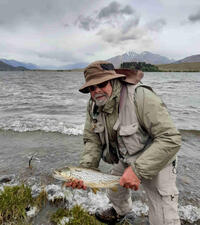 I did the rounds up in the Mackenzie Basin on Saturday and stopped in at the Twizel and Fraser rivers and nearby lakes Poaka, Merino and Cameron.

Then it was off down the 4x4 Pukaki River Road to the Iron Bridge on the Tekapo River. If you are coming from the south (Twizel) to fish the Tekapo River this is the way to go if you don’t want to ford the Lower Ohau or Twizel rivers.

Around Twizel the waterways were in excellent condition and there were a few anglers about, I wouldn’t say it was too busy – nobody fished Lake Poaka. 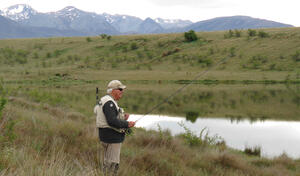 On the Tekapo River I heard from anglers that it was a busier opening than recent years but not like to used to be and that there was a cluster of anglers in the stretch below the Mary Burn – which is to be expected.

Most anglers had caught a fish or two, two had caught six, one had caught 8 and I heard stories of two fish in two casts.

Spin fishing was the favoured method and both rainbow and brown trout in good early-season condition attacked black and gold glimmy’s, toby’s and paddle tails.

The flows were moderate, clear and I had to look to find didymo – fair to say the Tekapo River is starting off in good order for the 2020-2021 season. 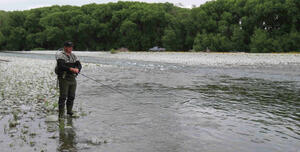 If you haven’t fished the Tekapo River, it’s worth a trip and is a good option for anglers of all skill levels and all methods, but it is best fished below flows of 14 Cumecs.

To do it justice you will need a 4x4 vehicle and there are a few access options, the most common is to drive down Haldon Road from Dog Kennel Corner near Burkes Pass. Drive all the way down to the Haldon Camp and then back up the river track and its many offshoots.

Camping on the riverbanks is a tradition and if you spend the time you can find some neat wee spots to park-up for the night.

I heard that both the Hakataramea and Maerewhenua rivers had anglers parked at all access points and at least for the “Haka” the fishing was good,  while my source for the Maerewhenua only fished a short time on the second-hand water and had little luck.

The weather forecast is for generally dry weather through Friday and Saturday but a wet front does appear on Sunday that will affect some areas – mainly inland and to the south of the region.

There may be some gusty winds to deal with for boaties and those fishing exposed valleys.

We finally got some decent rain in the past week and many rivers are at their highest levels in a long time.

For example the Opihi Reached about 90 at Pleasant Point (Saleyards Bridge).

There will be some excellent fishing as these rivers clear up and for most of them that will happen over the weekend.

It will be a great opportunity to have a spin fish or drift a worm through those rivers like the Opihi that have been low and clear so far this season, which has favoured the delicate style of flyfishing.

Be sure to check the ECan river flows website before heading out this weekend.