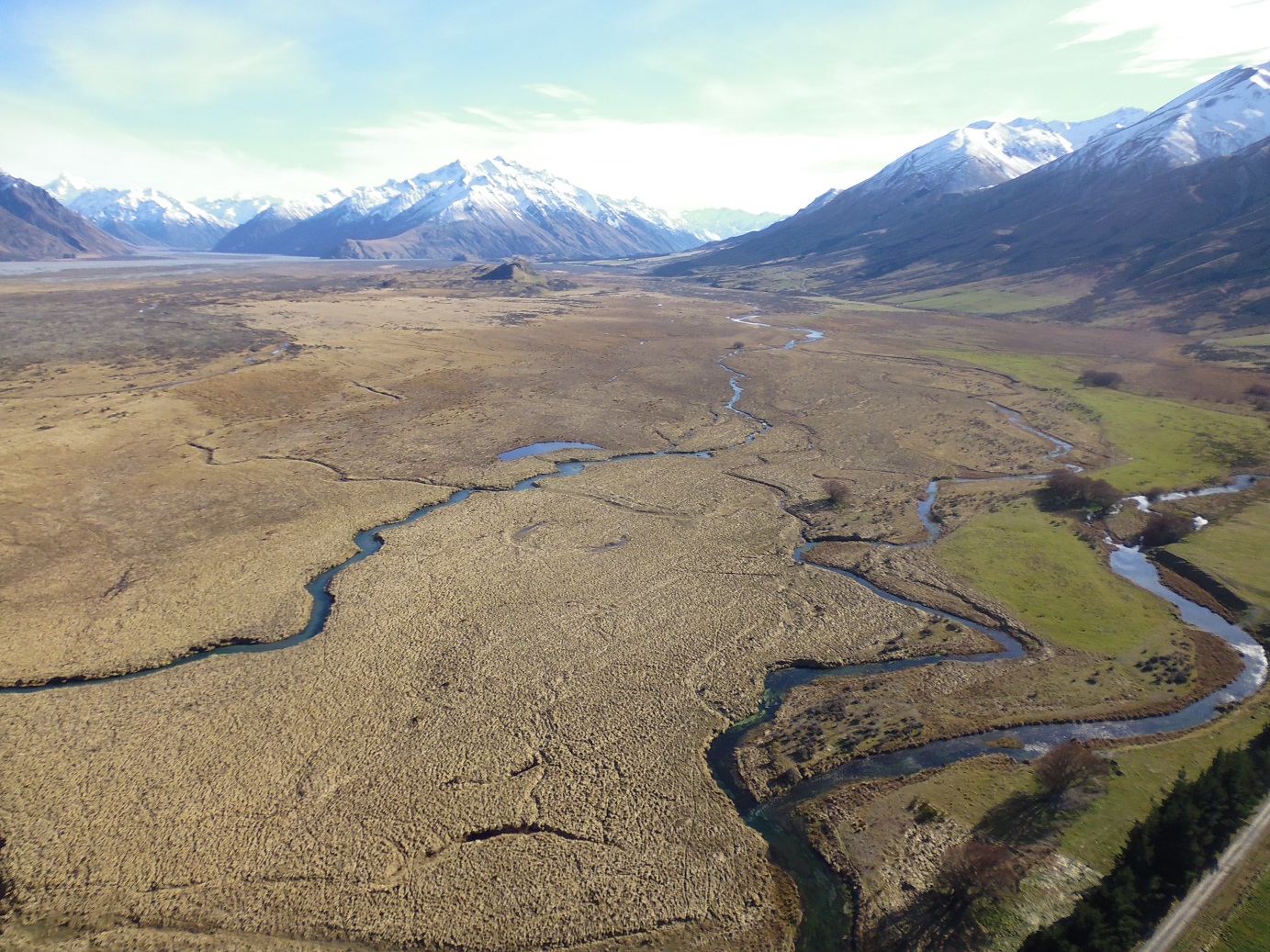 As Rhys reported last week, the sea-run salmon season has now closed and that brings the beginning of our annual salmon counts.

Both live fish and redd (egg nest) counts are used to estimate the spawning population or in other words those fish that evaded anglers during the season and went on to successfully spawn.

In the Rangitata catchment, five aerial surveys of Deep Creek and Deep Stream are carried out between the end of March and the middle of June to cover the entire sea-run salmon spawning period.

Given the low numbers of fish caught during the season, I didn’t have great expectations but was pleasantly surprised by the numbers of fish already present on the spawning grounds.

A total of 145 live salmon were observed with 70 in Deep Stream (Mesopotamia) and 75 in Deep Creek (Mt Potts).

To try and put some context around this result we have had lower first counts in both 2017 and 2019 however the last four years were all considered poor years generally.

With peak spawning still a week or two away, a further four aerial counts will be required to estimate the true size of the spawning population for the Rangitata.

Where live fish counts cannot be undertaken, redd surveys later in May/early June will provide spawning estimates for rivers such as the Waitaki, Opihi, Orari and Ashburton. 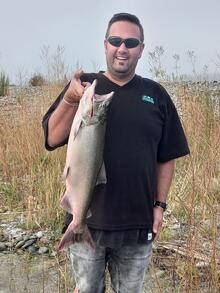 Angler Brendan Cassidy got in touch this week to share a nice 10lb salmon he caught on the Waitaki River in March.

Brendan caught the fish on his first cast in the second pool of the day and in his words “had a fantastic days fishing, one of his best ever”.

While on the subject of fish being caught, another part of the salmon puzzle is harvest by anglers.

If you provided an email address to Fish & Game when you purchased your CSI or NC licence then you can expect an email from us to arrive in your inbox soon.

This is a short survey to determine how many people fished for sea-run salmon in the 2020/21 season and how many fish they did or did not catch.

If you are like me and caught zero, then it will be a very quick survey to complete.

However, if you have been lucky like Brendan it will take a few more seconds to enter your information.

It only takes a minute or two so please fill it out as it is a crucial part of monitoring your salmon fishery.

Please note, zero catch is still important information for us, so please reply to the survey.

All anglers who fill out the survey will receive a report once all the data has been collated.

We often get approached by local schools to do a “Stream Study”, this involves Fish & Game staff going along to the nearest river and showing the students what invertebrates and fish species can be found.

Recently I had the pleasure of talking to students from both Geraldine and Beaconsfield Primary Schools at the Waihi and Opihi rivers, respectively.

To say the kids were surprised with what we found would be an understatement with their excited screams making sure everyone within a few kilometres knew we had caught something. 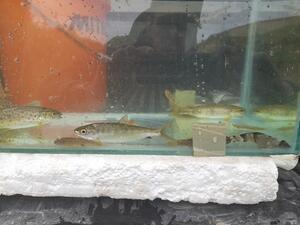 With Beaconsfield Primary at Raincliff on the Opihi River we encountered juvenile brown trout, galaxiids, upland bullies, longfin eel, torrent fish and even a salmon smolt.

Despite the very low river flows the young of year (just approaching their first birthday) brown trout were very numerous which suggests they have benefited from good spawning success and rearing conditions over the past 12 months.

Not to be outdone the Waihi River at Geraldine produced similar densities of brown trout, long fin eel, upland bullies and galaxiids. At this location two larger brown trout were encountered in the 3.5lb size range, more than big enough to be of interest to anglers.

However, if you want to target these larger trout you will need to be in quick as the local students already have their eye on them!

At the time of writing the weekends weather is looking average at best, both YR and Metvuw suggesting there is a significant frontal system moving in. Some heavy rain is possible, particularly in the high country and wind could be an issue on both Saturday and Sunday.

However, don’t just take my word for it and be sure to check out your preferred weather website before heading out.

Meridian is planning to release flushing flows from the Waitaki Dam on Wednesday the 14th of April.

Flushing flows are generally too high, discoloured, and swift for fishing and we recommend that anglers review the ECan flow website here before venturing out on the river.

Waitaki River flows recorded on the ECan website are recorded above Kurow and take about 10 hours to reach the State Highway 1 Bridge.

Our Waitaki River access guide provides some advice on flow levels for fishing and lists all common access points on the river.