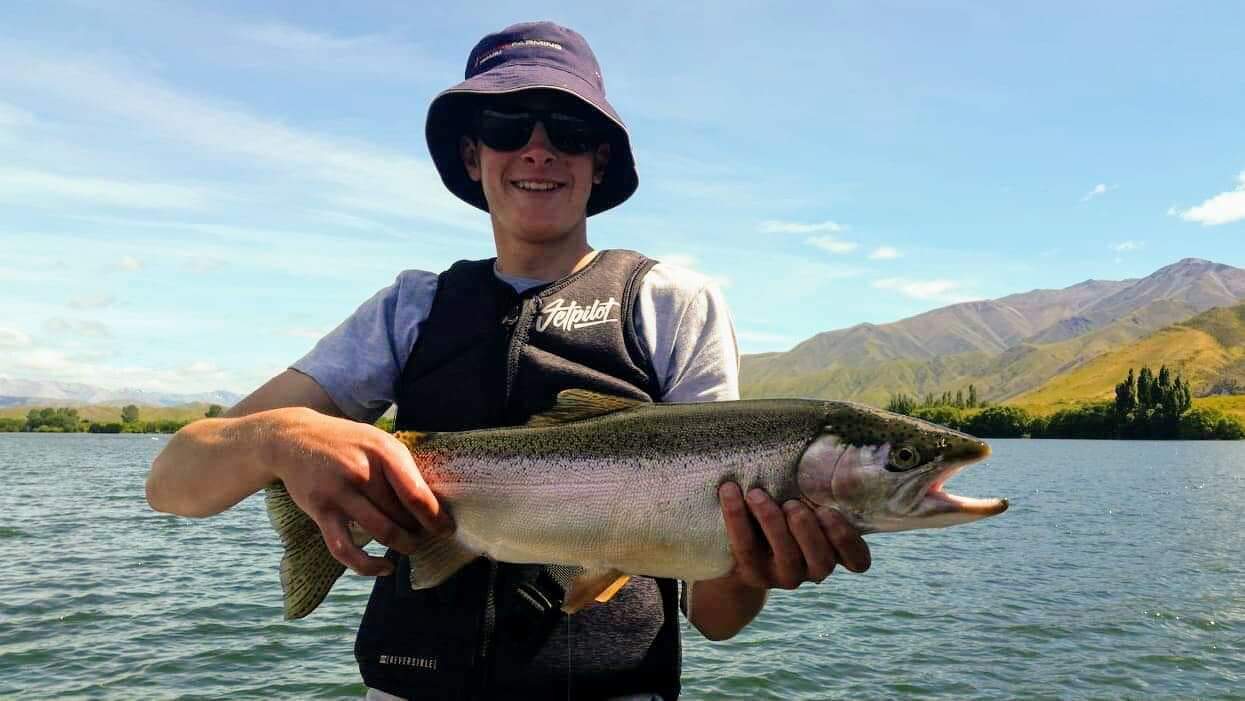 We have finally had some great weather and some fishing to match it, waterway conditions are becoming more like what we would expect in late November than early January, that’s a good thing.

Many of our low country rivers are now receding to flow levels that are great for sight fishing with a fly rod and all the floods and high water in November and December could mean there are still some naive fish to be targeted as angling pressure has been low.

With all the recent high water I have been wondering how the trout stocks have fared, there certainly have been some powerful flows, strong enough to change to the shape of some riverbeds.

After undertaking some electric fishing on Monday on short stretches of the Hae Hae Te Moana, Waihi and Tengawai rivers, I am pleased to say that there were good numbers of juvenile brown trout from last winter spawning at these spots.

Testament to how resilient trout can be, how the adult trout fared throughout our low-country waterways, I’m not sure at this stage.

Another observation is that the summer time algal growth has begun, a sign that water temperatures are up.

Take it easy on those slippery slimy boulders and consider using a hiking pole or a stick to help you get around safely.

Tomorrow, Friday, the weather looks decent region-wide, on Saturday the wind will pick up pretty strong and will stick around through Sunday.

The strong winds may upset some fishing plans for the weekend so I suggest you get out on Friday or at least early Saturday.

The strong winds are from the South-West and some rain will hit the main divide and rivers like the Rangitata and Ahuriri may get a bump in flows from it.

Expect a short sharp dousing of rain pretty much everywhere on Sunday arvo too.

That’s my take on the weather, I suggest you take a closer look at the forecasts before you head out.

We had the Fish & Game boat out on Benmore last Friday for ranging duties.

We launched at Sailors Cutting, went through the Gorge and around to the dam.

Some great catches were observed, probably the best I have seen on the lake while ranging.

Some fat as butter rainbows were getting caught in the Ahuriri arm between sailors and the river delta.

One fish looked like an obese canal rainbow of about 4 pound, its stomach was chocka full of snails.

Salmon of one-three pounds were dominating the catch through the gorge and around the dam.

Anglers were mainly getting these trolling with lead-lines but they weren’t all caught out of the deep.

One was hooked by trolling standard spinning gear.

They actually caught while winding in so we could check their licences, call that rangers luck.

A range of spinners were successful, just the usual assemblage of tassies, tobies, and silver things marketed for salmon anglers.

One angler was also doing very well at the Ahuriri Arm, mainly catching brown trout, by harling a sinking line on a fly rod and using a #2 olive woolly bugger with a silver double bead-head “eyes”.

According to a couple of anglers the lake surface temperature was around 18°C.

That’s about as warm as trout and salmon like it, but it would likely cool down quick with each metre of depth.

Last year water temps were regularity up in the 20’s and the fishing was really tough.

So the message here is if you like fishing the shallows, do that in the morning when water temps are at their coldest.

If you’re too slow to get out of bed or just want to target salmon, then use a lead line or down rigger and troll whenever you like in deeper water.

All-in-all the water conditions and fishing is as good as it gets at Benmore currently. 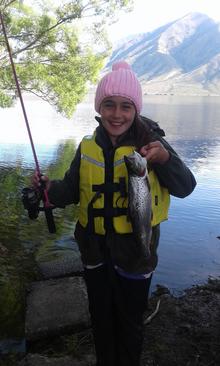 Thanks to Charli Wilson and Jake Hall who sent in some pics from fishing Lake Benmore, so we can share them with you.

Daniel, Charli’s father reports “Plenty of fish about to catch and very active too, a lot better than last year”.

Mark Webb ranged the canals last Saturday and Jayde Couper and I on Sunday.

Fair to say the fishing has been a bit hit and miss.

That’s normal for this time of year, the Tekapo Canal was still producing more salmon for the angler than the other canals at the time.

The occasional XXL trout was being caught.

Rumours of good salmon catches at the Ohau C Canal weren’t apparent when we were there, maybe a hoax by a cheeky angler.

I encountered two anglers fishing without a licence, one had the explanation that he never see’s a ranger so chose not to buy one this trip.

Funny thing, about half an hour later an angler I checked said he had been checked by a ranger three days in a row in three different spots.

A 3.5 kg sea-run brown from the Waitaki River

Finally in this report, a photo without a story attached, but one too good not to publish.

This lucky angler caught a cracker 3.5 kg sea-run brown out of the Waitaki River recently.

If that doesn’t get you keen to go for a trout in the Waitaki what would…?