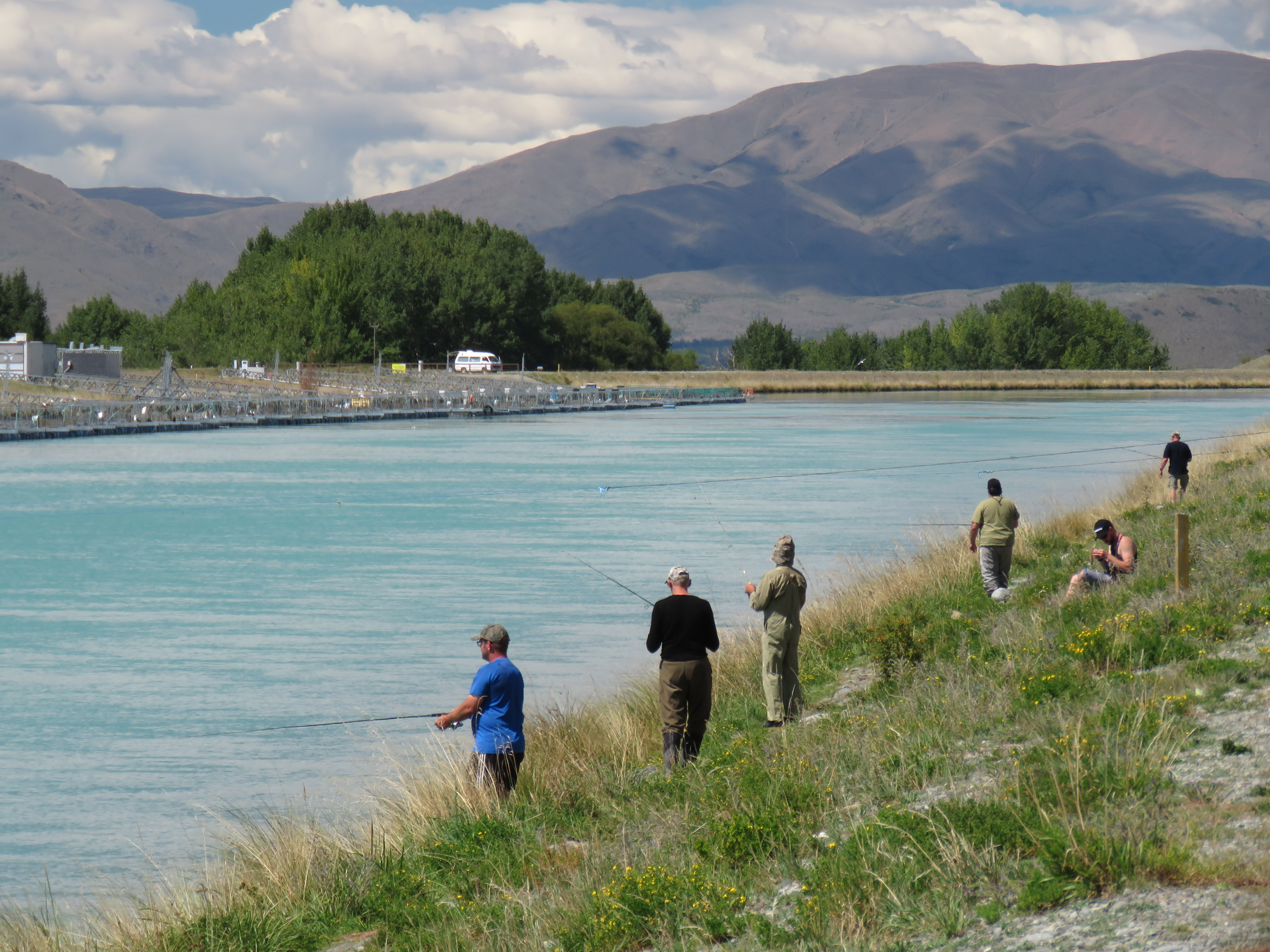 Fish & Game Rangers from the Central South Island region are patrolling the Ohau C canal system near Twizel in force after an unexpected escape of over 2,000 salmon this week.

An unusually high number of anglers have been found today (Friday) in breach of the fishing regulations for the hydro canal system.

Above Right: Anglers on the Ohau C Canal.

The majority of offences were for anglers who had more than two salmon greater than 500mm in length.

The bag limit regulations for the hydro canals state; “Limit- 4 sports fish of which no more than 2 to be trout. No person shall in any one day take or be in possession of more than two salmon greater than 500mm.”

This means anglers may be in possession of up to four salmon but only two of those salmon are permitted to exceed 500mm in length.

The fish that escaped were due for harvest later this year so are around three kilograms in size and therefore most of the escapees will exceed this length.

Central South Island Fish & Game Officer Hamish Stevens says “Whilst we encourage all anglers to go and try their luck at catching these fish, they are reminded that only two salmon may be greater than 500mm and they should measure their catch to be sure.”

When these escapes happen, word quickly spreads through online angling circles and it will be a busy weekend for anglers and Rangers alike, but a possible criminal conviction is not what most anglers want to catch for the weekend.

“We would much rather see anglers out there trying to catch one of these fish than seeing us write out offence notices for those that are found breaking the rules”.

“The regulations exist to give all anglers a fair chance of catching a fish.” Stevens says.

The Hydro canal system in the Mackenzie Country is New Zealand’s most popular fishery with over 45,000 anglers visiting it each year.

Around 40,000 fish a year are caught there but many are returned to the canal unharmed in order to grow so that someone else may catch them in the future.

Central South Island Fish & Game Rangers are well used to ramping up their patrolling effort when these types of escapes have occurred in the past.

Anglers need to be aware of the rules so that they can all enjoy the benefits of this fantastic fishery.