Rods and fish seized during night ranging operation at canals 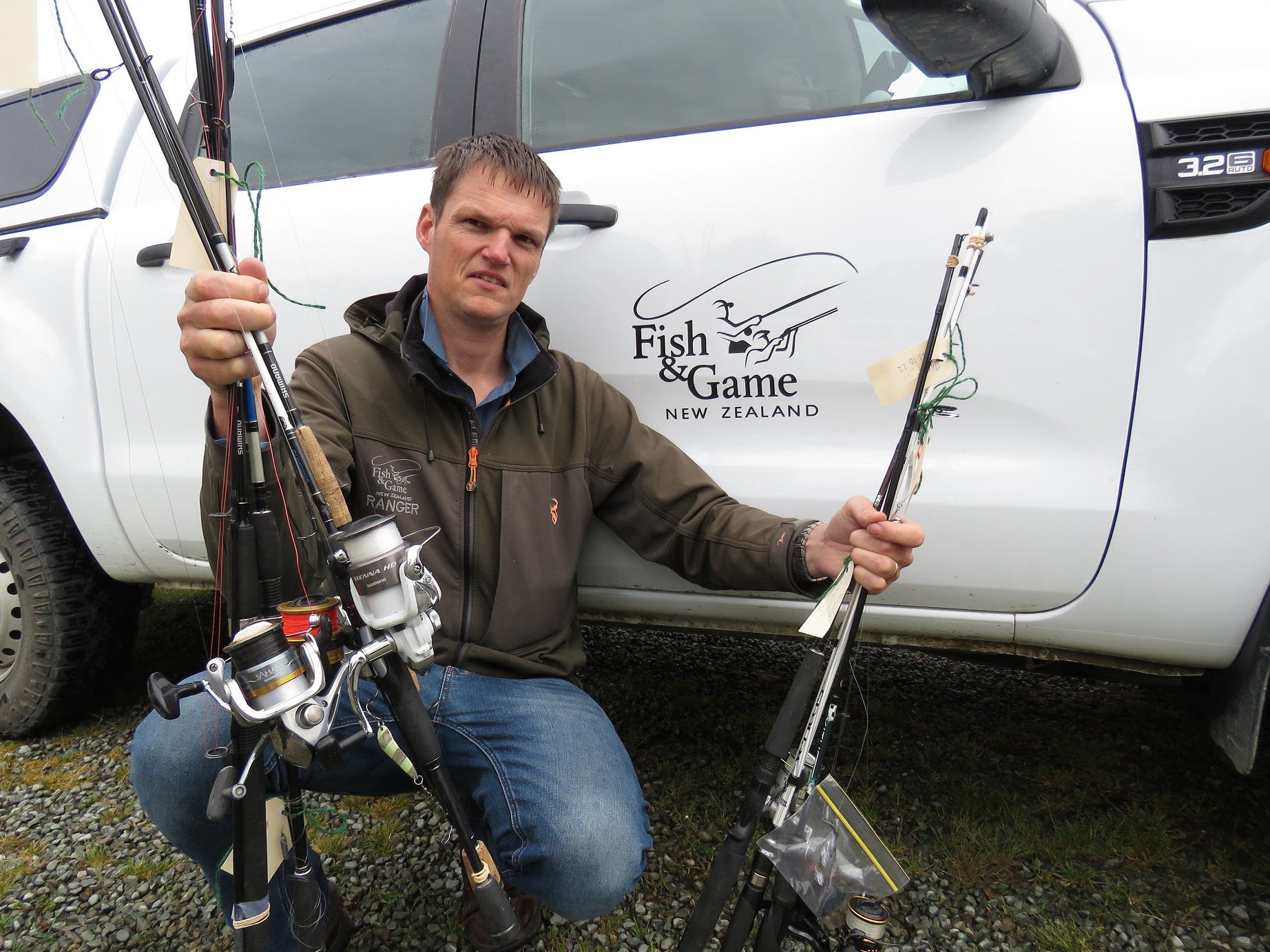 Ranging occurred between the hours of 10 pm and 4 am on Friday night and Saturday morning.

The scheduled operation resulted in the detection of twelve (12) offences committed by seven (7) individual anglers, including recidivist offenders.

Offences detected included: fishing without a licence, exceeding the daily bag limit and providing false and misleading particulars to a ranger.

Offenders had their fishing rods and illegally caught salmon seized by rangers.

All sports fishing offences are criminal offences subject to the Conservation Act 1987. Prosecution and forfeiture of any gear seized can result in the District Court.

“All offenders are currently being considered for prosecution before the courts.”

“We hope the result of the ranging operation serves as a reminder that sports fishing regulations and licencing must be adhered to, day or night,” Mr Stevens says.