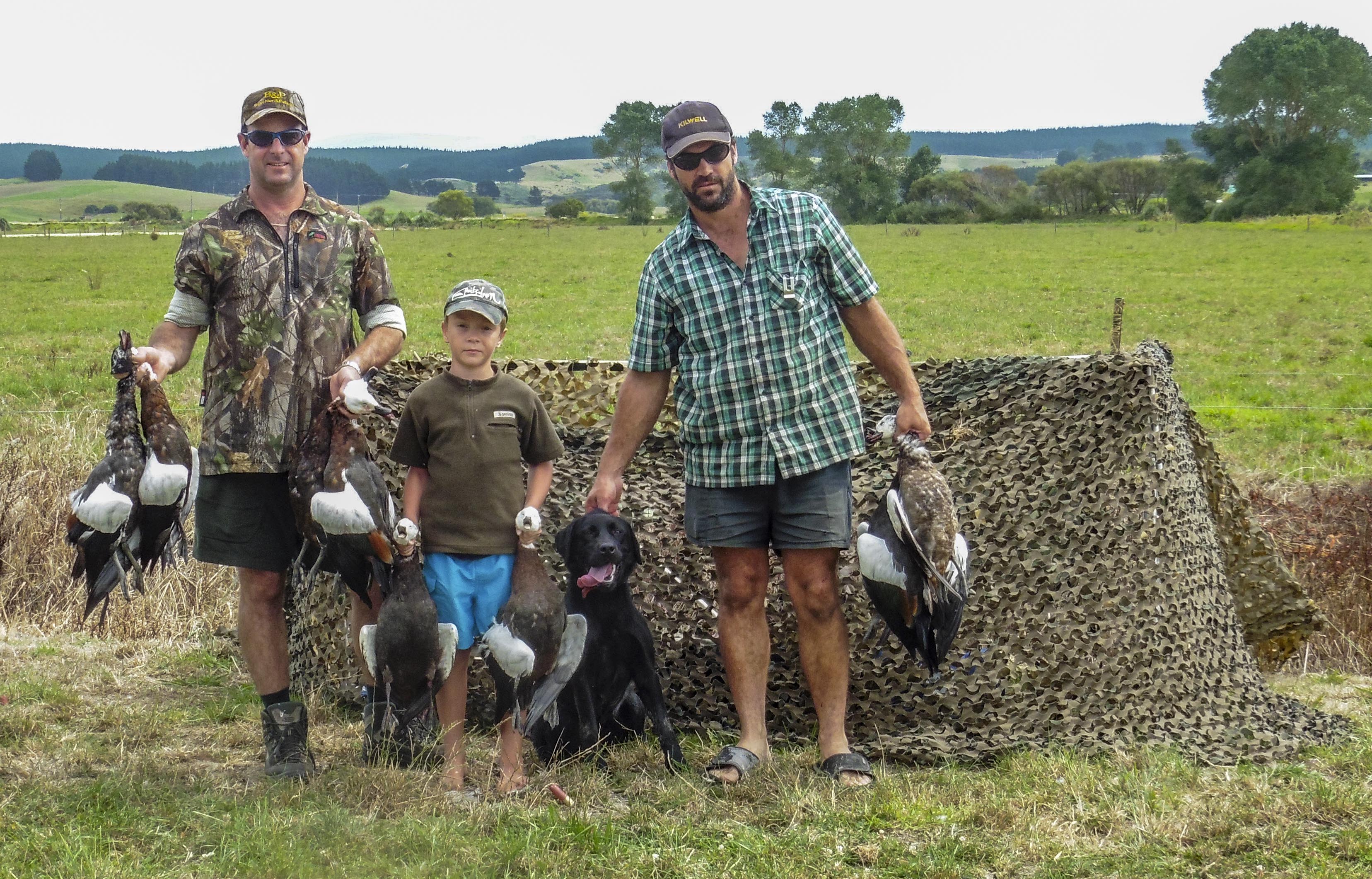 The Auckland/Waikato and Northland Fish & Game regions have collaborated and are announcing a coordinated summer season for paradise shelduck hunting.

This is the first year that hunters do not need a permit in the Auckland Waikato Fish & Game region, "north of the Auckland Harbour Bridge" area to hunt paradise shelduck.

All that hunters need to go hunting is a valid game bird licence to take this opportunity to harvest some birds for the table. Hunters can purchase day licences if they haven’t already got a 2020 game bird hunting licence.

Auckland Waikato and Northland Fish & Game Councils have done combined aerial and ground counts this year, part of an ongoing long-term monitoring programme for this species to ensure their harvest remains sustainable.

The goal of the summer season is to break up and disperse flocks, so that they don’t become a problem for farmers especially those with grass and crops that, in a dry season that farmers are depending on to feed their cattle.

Northern Game bird Manager, John Dyer said, "By dispersing and breaking up larger flocks into more acceptable smaller groups, hunters are showing their commitment to managing this species and also harvesting some healthy game meat in the process".

He said that Fish & Game Rangers would be patrolling throughout this area to ensure hunters played by the rules.  "It is important that hunters stick to bag limits.  If a farmer has large numbers of birds on a crop, hunters should consider inviting along extra friends to legally move on the numbers required, rather than exceed their bag-limit”.

The Northland region season runs from Feb 20 till Feb 28 and the daily bag limit is 20 each of paradise shelducks and black swans and 12 pukekos. In the Auckland Waikato region north of the harbour bridge, the season runs from February 20 to 21 only with a daily bag limit of 10 each paradise shelducks and pukeko. The hunting hours for both regions are 6.30 am till 8 pm.

Pukeko are also on the licence that same weekend in Auckland Waikato region, partly to assist with reducing damage to standing maize. Dyer said: "pukekos significantly damage a whole variety of vegetable produce and also systematically kill ducklings.  So managing their numbers is also required in problem areas where there are excess numbers and the damage caused can need addressing".

Also in the Northland Region hunters can take part in the “Take a Mate hunting programme” costing only $4 by contacting the Northland Fish & Game Office.