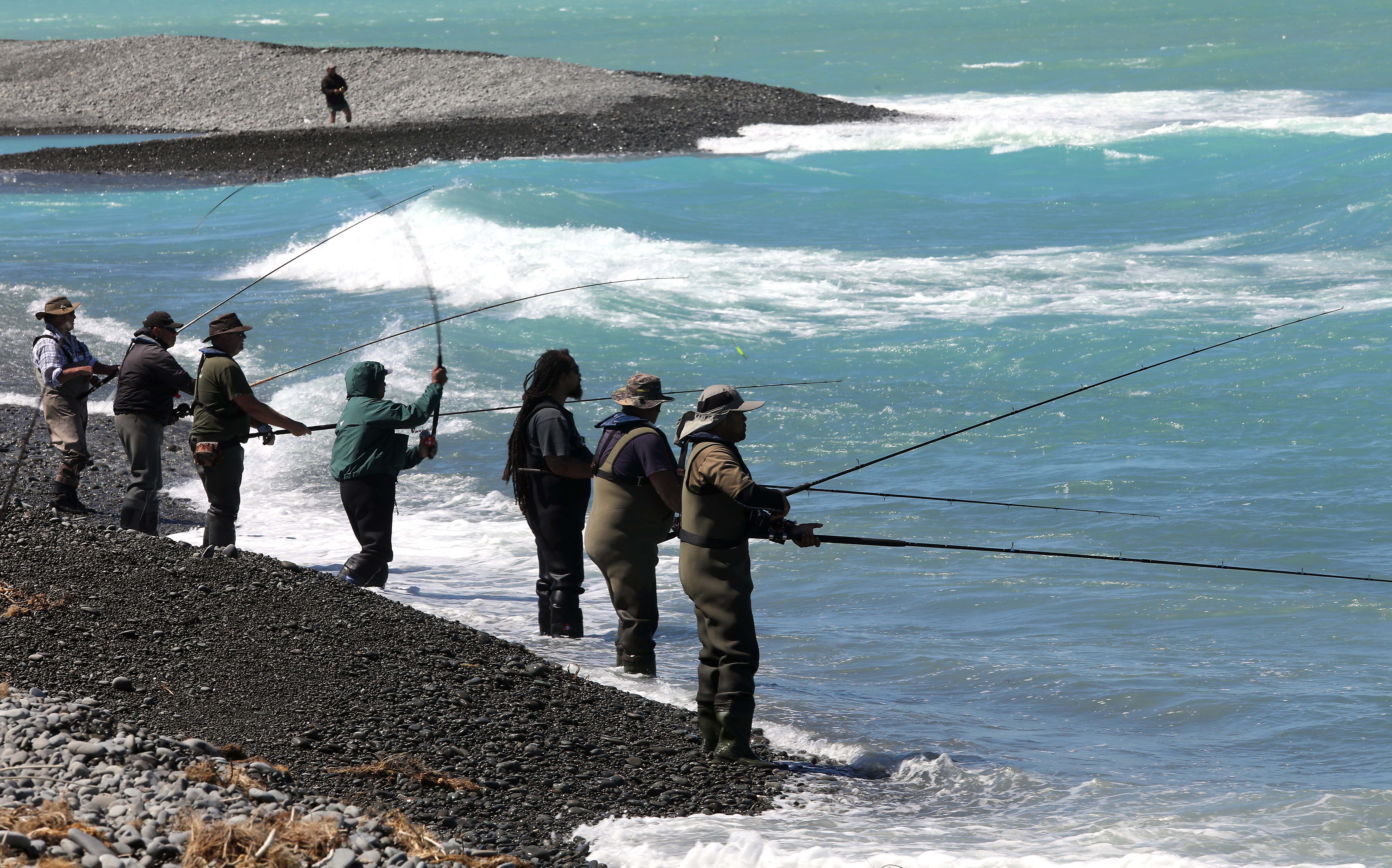 Fishing conditions look favourable this weekend following a week of discoloured rivers due to a decent fresh late last week, which kept the main salmon rivers high and dirty for much of the week.

Another Nor-west front is forecast to hit the main divide Friday night, however I think this is unlikely to top up the main salmon rivers again.

The weather looks good throughout the region for the weekend, with only light winds forecast, so fishing should be good everywhere, and anglers should make the most of this, with good hatches in the high country lakes at present.

Above Right: With salmon coming into the gut and lagoon areas of rivers at high tide and retreating back to the ocean as the tide recedes  this can result in some great fishing in these areas.

There has been a few salmon taken this season weighing between 16 – 20 lbs and it appears there is an abundance of food around the coast at present, so salmon will be making the most of this and putting on as much condition as they can before heading for their spawning grounds.

Anglers wanting to target salmon upriver would be best to be on the water at first light and use light tackle as there is usually little activity in the middle of the day.

The recent fresh will have changed the main salmon rivers and opened up new salmon lies, the good fishing spots, with the keen anglers putting considerable time into reconnaissance for the prime spots on the river.

As the salmon rivers become low and clear, which they usually do at this time of year, we expect to see salmon numbers build up around the mouths and tidal reaches, with salmon coming into the gut and lagoon areas at high tide and retreating back to the ocean as the tide recedes and this can result in some great fishing in these areas.

Anglers please remember there is no salmon fishing in the Western Zone of our rivers above the white posts.

Rangers will be actively monitoring the headwaters over the next few months, with this regulation in place to protect spawning salmon.

Over the next two months there are a few fishing competitions anglers may wish to enter. The dates for these are;

Recent cyanobacteria surveying of the water in the Otukaikino/Waimakariri confluence has shown the quantity of potentially toxic blue-green algae (benthic cyanobacteria) in the river has decreased and the cover is now below the levels that are of concern to public health.