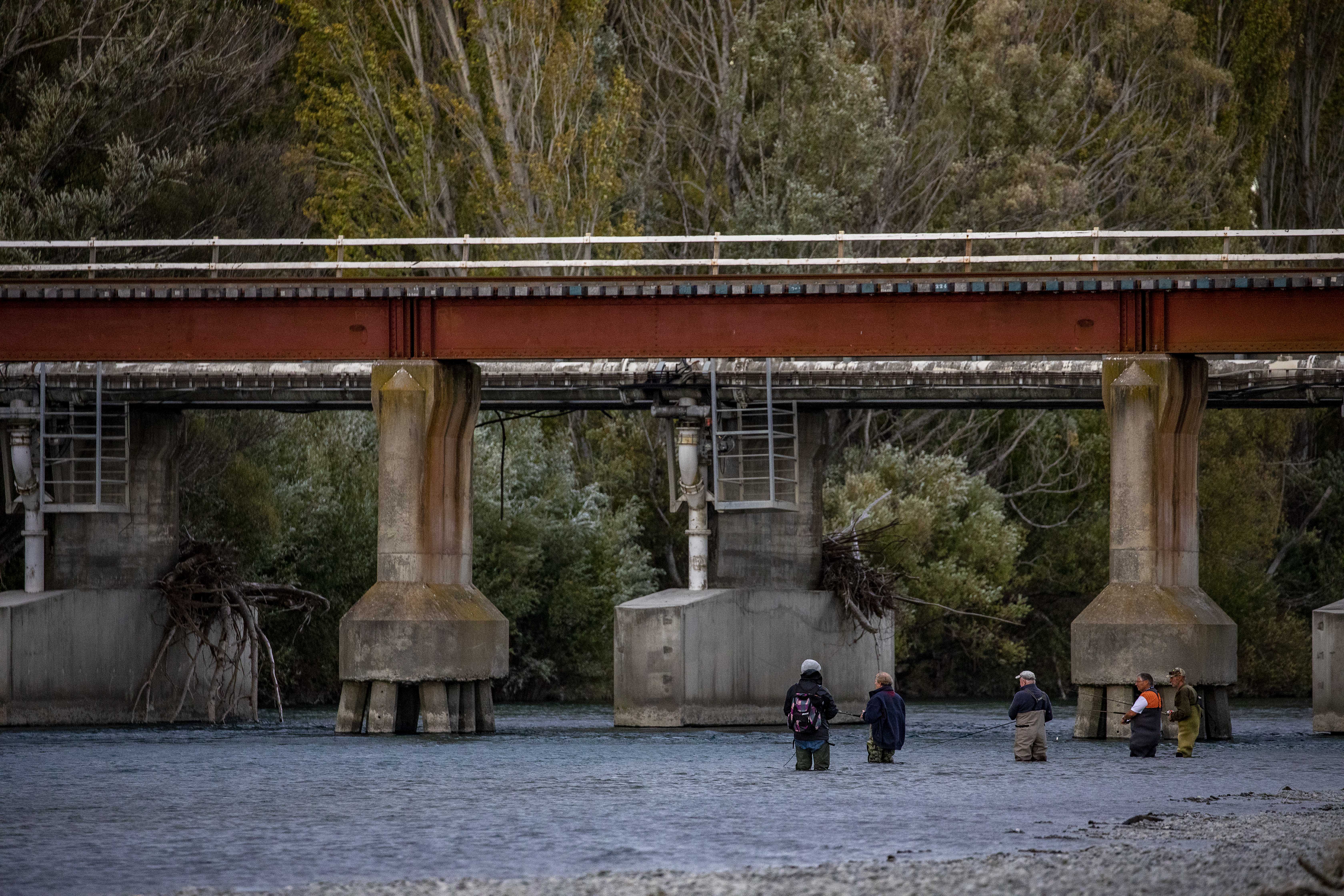 Over the last two days we have seen a very large fresh in the main alpine rivers as a result of the heavy rain that caused widespread flooding on the West Coast - with the Rakaia peaking at over 2,800 cumecs yesterday and 475mm of rain recorded at the Carrington rain gauge.

The forecast is for another nor-wester to hit the alps on Monday, which will likely top the rivers up and they will take some time before they are fishable again.

Anglers will be limited to the high country lakes and smaller rivers in the region for at least a week.

Above right: Five anglers try their luck under the Old Waimakariri BRidge before the fresh hits on Tuesday morning.

The foothill fed streams such as the Selwyn and Ashley did not rise much and are still fishable.

Light winds are forecast for the high country this weekend so anglers should make the most of lake fishing, with only a month of the season left.

Salmon fishing in Lake Coleridge should be productive over this period, as it has been all season.

We are still getting some reasonably hot weather and insect activity around these lakes will still be keeping trout active. 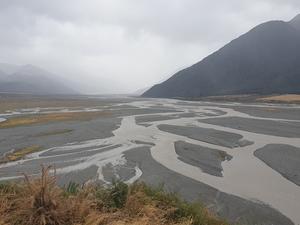 The upper Waimakariri River as it started to rise on Tuesday morning-S.Terry

Before the rivers became unfishable, salmon fishing had slowed in all the rivers.

The Rakaia River has quietened off from the reasonable catches’ anglers were seeing a month ago.

Once rivers clear we should expect to see reasonable numbers of salmon run the Waimakariri, however the other rivers should start to quieten off as salmon head up country to their spawning grounds.

A friendly reminder to anglers, please remember, there's no salmon fishing in the Western Zone of our rivers above the white posts, as we often get reports of this occurring later in the season.

A long walk back to the vehicle to retrieve your licence does not help anyone.

And you risk receiving a criminal prosecution for flouting the regulations, as it's an offence not to produce a licence when requested by a ranger, let alone fish without one!

The second part of the annual chinook salmon smolt fin clipping program will begin at the Montrose hatchery at 8.30 am, Saturday 6th and Sunday 7th of April.

It will probably involve two partial days clipping finishing around 2pm with a good team needed on both days.

It's estimated that 40 volunteers are needed to complete the task on both days.

An indication of numbers from the clubs, or members of the public prior to the weekend would be appreciated. Please use the contact below.

Anglers have asked us how do you report an environmental issue or incident to Environment Canterbury or your local council?

The best way is to use the Snap, Send, Solve app for your mobile phone.

You can find out how to use this app or other ways to report an environmental issue here.