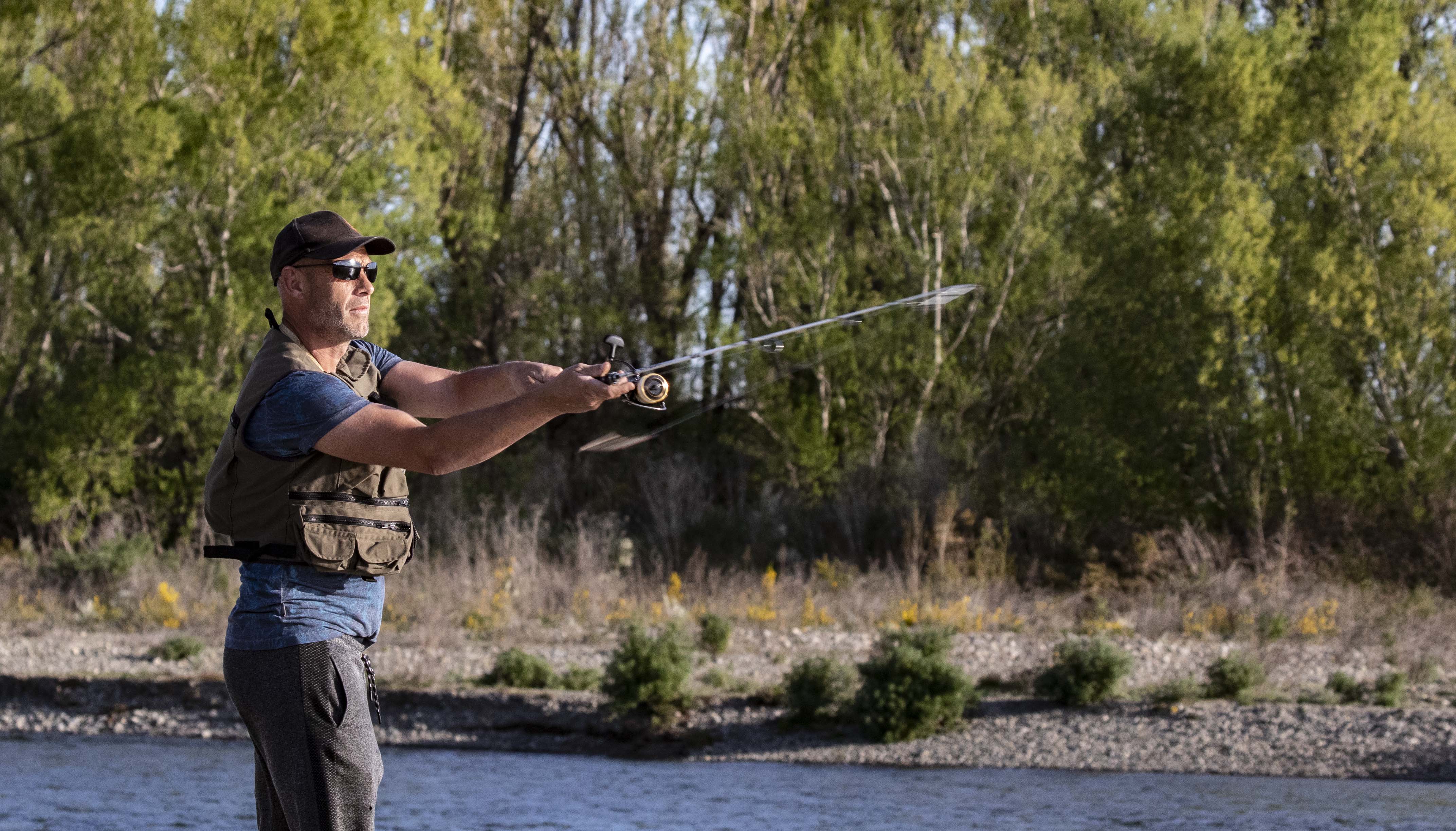 For the last few weeks the main alpine fed rivers in the region have seen high discoloured flows, however we may get a small window of fishable water in these rivers this weekend before another westerly front forecast for Sunday brings the rivers down again.

We are only a few weeks away from seeing the first salmon of the season arrive at the Rakaia Mouth, with keen anglers vying for the bragging rights for first caught.

Early November historically sees the first of the spring run salmon caught and they are usually a good size, likely to be four-year olds rather than the usual three-year old.

Above Right: Nigel Coughlan casts out on Opening Evening into the Ashley River. The Ashley is an often overlooked fishery close to Christchurch

If you haven’t done so already this season, now would be a great time to check over your gear, and get your reels serviced and replace your line and any rusty trebles.

A $200 tackle voucher will be drawn from each river for information collected (one entry for each head returned). Please contact Fish & Game (03) 366 9191 to arrange pick-up of these heads.

The trout fishing season appears to be going reasonably well so far this season with anglers reporting good numbers of trout around.

The lower reaches of the Lake Ellesmere tributaries appear to have some great condition trout with a few trophies about.

The forecast for the weekend is good for lowland fisheries.

Whitebait and silveries have been running the rivers in recent weeks and this should be helping sea-run trout put on weight over the next few months.

Let’s hope a few more are about than seen the last few years.

With flows dropping to fishable levels in the larger rivers, the upper reaches of all the rivers should fish well this weekend, with the Hurunui likely to be the best bet for anglers.

Another river that would be worth a look over the weekend is the Ashley River, as it does not get affected the same by the nor-west rain in the alps.

It has been fishing well for trout in recent weeks and we have also had reports of the odd sea run trout showing up in the lower reaches.

Good luck over the long weekend if you are heading out for a fish.