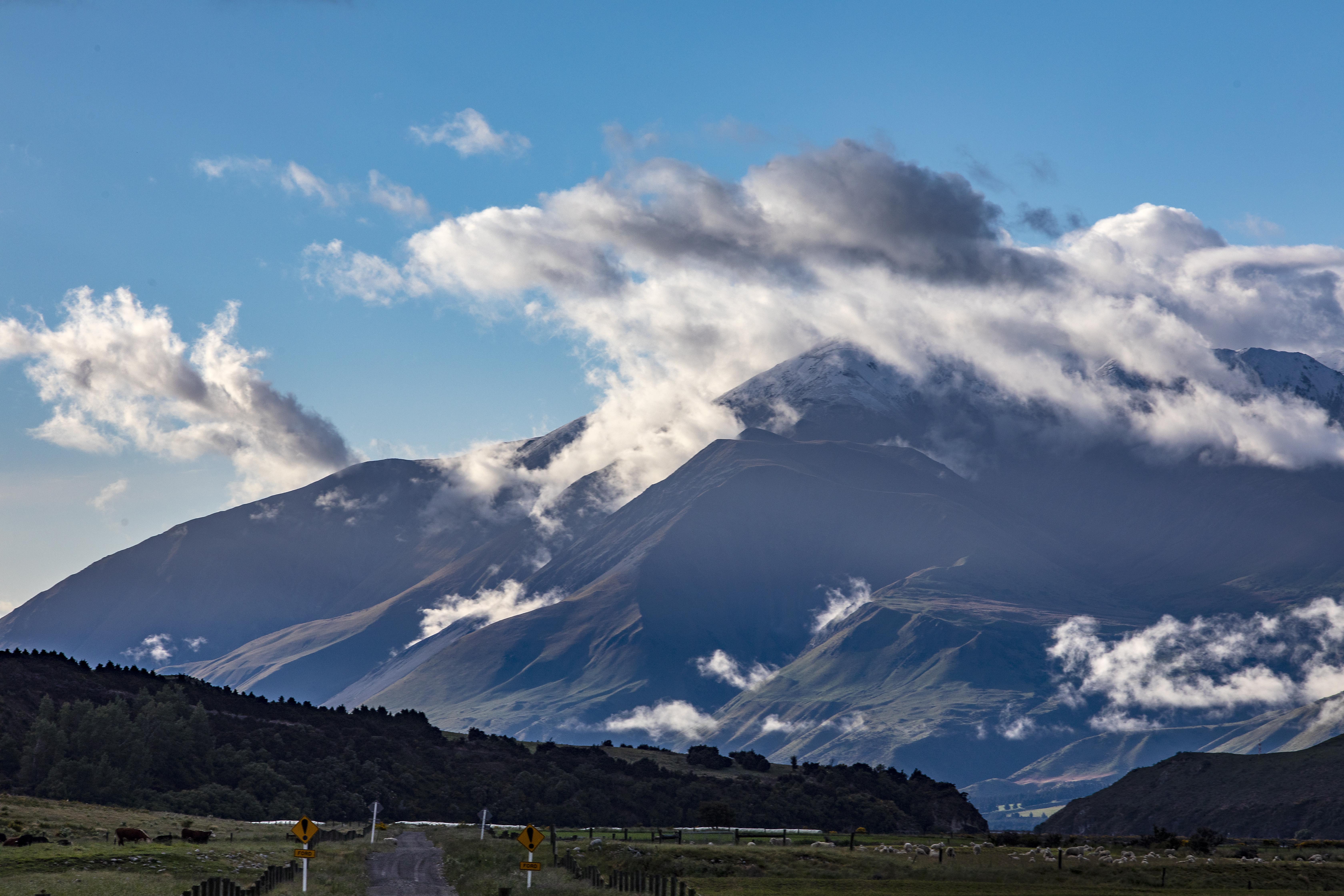 Prospects for North Canterbury anglers look average in most places this weekend.

The main rivers in the region are unfishable following heavy rain in the alps this week and are likely to remain this way into next week.

Above right: The view looking down towards the Rakaia River vallley from the Wilberforce River early on Thursday.

I have heard of one salmon caught from the Rakaia that weighed 6.5kg, and I expect more similar reports leading up to Christmas.

The high country lakes are likely to be anglers best bet for the weekend, however even here, moderate winds are forecast for the alps this weekend.

The Selwyn, Ashley and most other lowland rivers are also high and discoloured at present and will likely remain so over the weekend.

Leading up to Christmas, anglers should make the most of any drop in river flows before the next Nor-west fresh arrives.

The regions high country lakes opened just over a month ago, with anglers reporting good fishing on days when the weather has been calm, seemingly rare this season!

Although off to a slow start, we should start to see a few sea-run trout being caught in the lower reaches of the main rivers, and this should improve right up until Christmas as the trout follow whitebait and silveries into the rivers.

Christmas is just around the corner! We wanted to let you know about a really cool way for you to get your Christmas presents sorted and support our project to restore a tributary of the Selwyn/Waikirikiri River at the same time!

Check out our fundraising page on the Million Metres website to read more about Water & Wildlife Habitat Trust’s plans to restore 875 metres of the Silverstream tributary through restoration of the rivers banks and planting of native plants and trees.

We’re really excited about the project and the positive impact it will have on local waterways. Thanks so much to everyone who has supported us through donations – we’ve already raised over $13,000 toward the project!

Another cool way you can support us is to buy your Christmas presents from Million Metres.

Here's how it works:

1) You buy a bundle of native trees - between 4 and 200 trees - and pick which project you want them planted at - pick Selwyn/Waikirikiri River!!

3) Your trees get planted next winter as part of our Silverstream project and get to work restoring our precious local waterways :)

It's a great way to give a 'green' gift that will have a positive impact for our local area. Give trees!!

Thanks so much for your ongoing support and best wishes for a very happy summer.

We'll look forward to updating you on progress on the project in the new year.

In an effort to avoid releasing non marked smolt we will be attempting to fin clip half a third of the release stocks this December, and the other half in February 2019.

The Annual Chinook Salmon Smolt fin clipping program will commence at the Montrose hatchery at 8.30am Saturday 8th and Sunday 9th of December and will probably involve 2 partial days clipping finishing around 2pm with a good team both days.

The entrance to the property is 6 kms up the road from the turn off and it will be marked by an angler access sign.