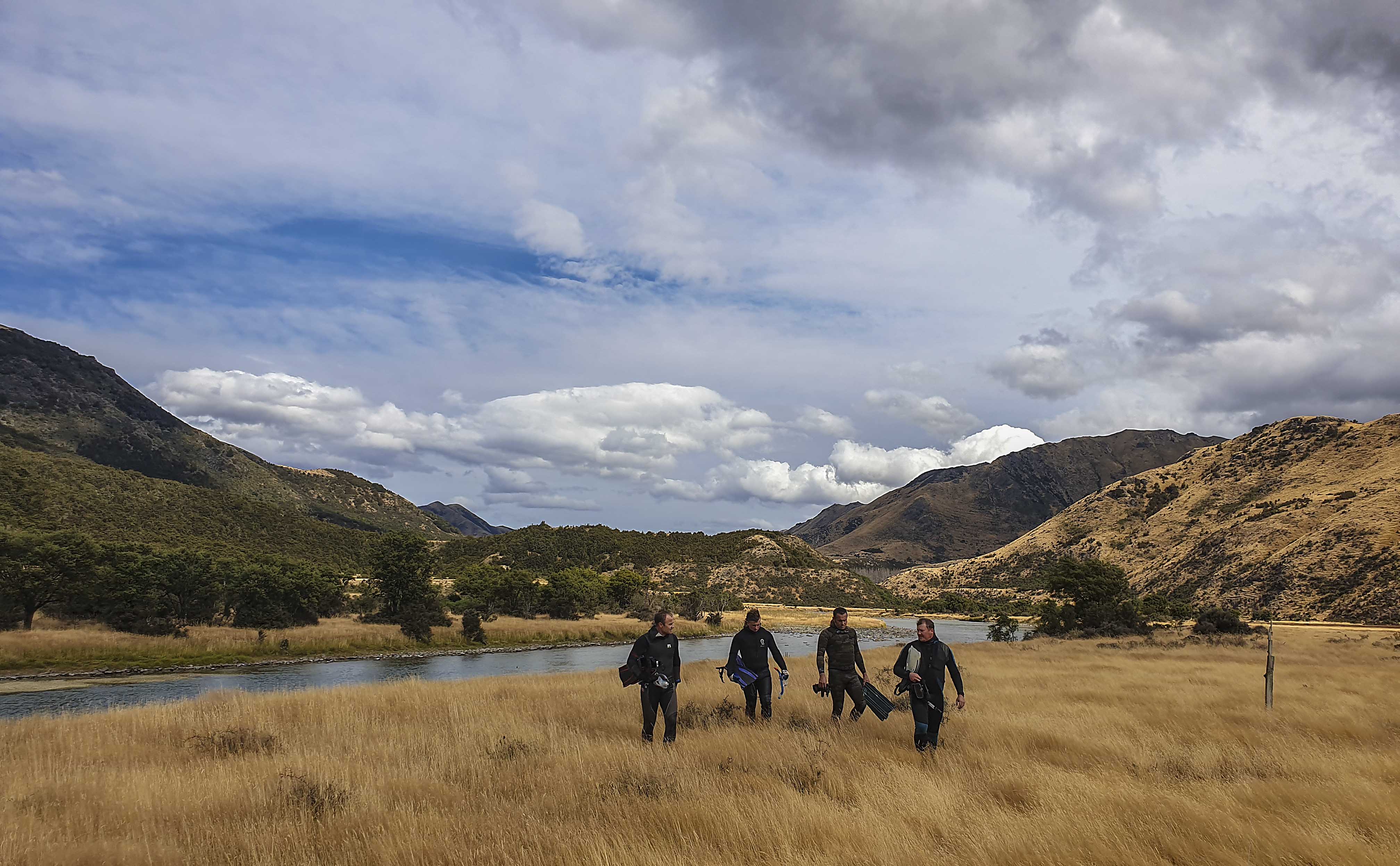 The region has had almost a month of low flows, with the Ashley River drying in the usual reach below Rangiora, and most other rivers at very low levels.

This has created some favourable conditions for trout fishing upriver in usually difficult to access gorges, however salmon have been reluctant to run some of the smaller warm rivers.

We have had some good reports of salmon in the lower Rakaia and Hurunui rivers, however the Waimakariri has been quiet and as usual, Waiau anglers have kept success rates, if there have been a few caught, quiet!

As I write this report on Thursday morning, around 20mm of nor-west rain is predicted to fall in the alps in the next 48 hours, which should add some welcome colour to the main alpine-fed rivers.

Southerly rain is also forecast for much of the region at some point this weekend, so prospects for the weekend ahead don’t look that great.

The main rivers should remain salmon-fishable, a welcome relief for anglers in the Rakaia Salmon Fishing Competition which is on this weekend.

Salmon will be waiting for this small flow increase to head into all the east coast rivers.

Fish & Game staff have just completed the drift dive programme for this year.

Numbers were down in the Waiau, Boyle and Hope rivers. All three rivers had changed significantly in the drift dives reaches.

Trout holding water was reduced and this was reflected in the fish numbers.

However, trout condition was very good and as usual, some very large fish were observed.

Didymo had less coverage during this dive and it looked as if the river had a recent flush that scoured out some areas.

Not only was the didymo scoured out, but also the healthy algae and invertebrates that trout rely on.

Not surprisingly, both numbers and condition of the fish were lacking this year.

Drifts dives are a snap shot of a particular part of the river at a certain time.

Although the results weren't great, it is long term trends that are important to monitor.

Often the timing and number of floods are the biggest factor when there's a downturn in numbers.

While we're not entirely sure of all the factors that determine the size of the salmon run each year, all the east coast salmon rivers usually show similar trends in returns, indicating variables at sea are the main driving force in survival.

There are however a few variables in the freshwater stage of their life-cycle Fish & Game have been actively working on.

Environment Canterbury and Fish & Game recently completed a study, looking at the differences between a number of salmon spawning streams in the Waimakariri, Rakaia & Rangitata rivers, investigating whether there are any adverse effects from farm intensification in the Canterbury high country.

Build-up of fine sediment on stream beds also has a negative impact on stream invertebrates, filling in the cavities under the gravels and reducing habitat. 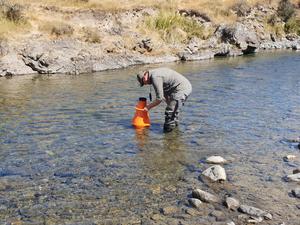 Fish & Game staff use a bathyscope to monitor the stream bed

While many of the streams studied are likely to show near pristine habitats, some also show impacts from farming, and Fish & Game is working with land owners to address some of these issues.

For some time now, Fish & Game staff have expressed their concerns to ECan about the state and effectiveness of fish screen designs and their operation in Canterbury, as well as their maintenance and compliance with consent requirements.

Many of the fish screens in Canterbury were designed and installed prior to the completion of overseas scientific work on fish screen design, and the development of guidelines and standards to ensure screens conform to current best international practice.

A successful fish screen requires various criteria to be taken into account at the design stage, with all parameters required collectively to ensure the effectiveness of the screen.

Fish & Game is continuing to work with ECan, to ensure their compliance and monitoring staff are familiar with the various parameters required for fish screens to work effectively.

Good luck if you're heading out over the last weekend of the season.