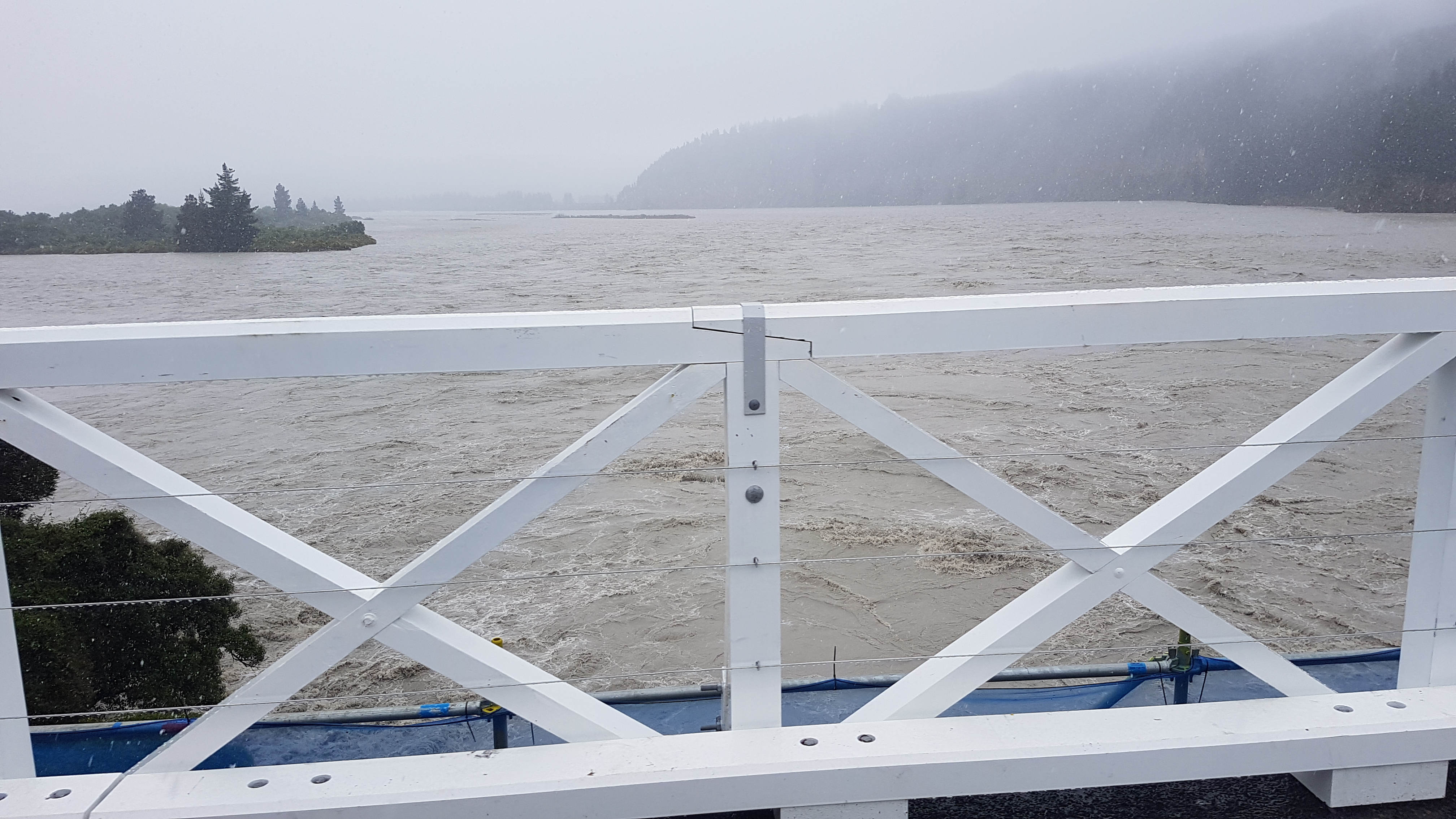 Christchurch Show weekend has arrived and there is little sign of salmon about.

The main rivers have been discoloured all week and are likely to remain so until well into next week, with last week seeing the largest fresh in our rivers in a long time, with the Rakaia peaking at 4,256 cumecs, and the Waimakariri at 1,983 cumecs.

Above right: The Rakaia River looking downstream from the gorge bridge.

A few sea-run trout started to show up in the Waimakariri and Ashley Rivers before this fresh, but have been scarce in the Rakaia and Rangitata.

Sea run trout numbers should also start to pick up when rivers clear, with reports of silveries around the lower Rakaia before this last fresh.

The trout are still relatively small but should increase in size quickly as they fatten up on silveries leading up to Christmas.

High country lakes have all been fishing well, with good reports coming from most lakes, likely the result of a milder winter and plenty of food around, with the condition of land-locked salmon and trout above average.

As a result salmon that enter early in the angling season (i.e. November / December) may be exposed to angling pressure for a much longer time period than later run fish.

If left unchecked this may impose large mortality on early entering fish, leading to depletion of sub-populations or specific life history types.

Life history variability is an effective form of bet-hedging that greatly increases the resilience of local and regional salmon populations.

For instance in many salmon populations’ larger and older fish often enter rivers earlier in the season, as do fish originating from extrema headwater sub-populations and spawning areas.

Consequently in order to be able to evaluate if the early (November / December) run salmon belong to any particular sub-population like Mellish Stream/Lake Heron, or are currently at risk of being over-harvested, it is essential to determine where they were born.

Please let us know and we will collect these heads and info from you.

From analysing the otoliths, we should be able to determine where they were born (natal origin), determine at what size they entered the ocean (life history type), and determine if their size (length or weight) and sex differs significantly from later run fish.

Anglers please remember, all rivers flowing into high country lakes do not open until the 1st of December.