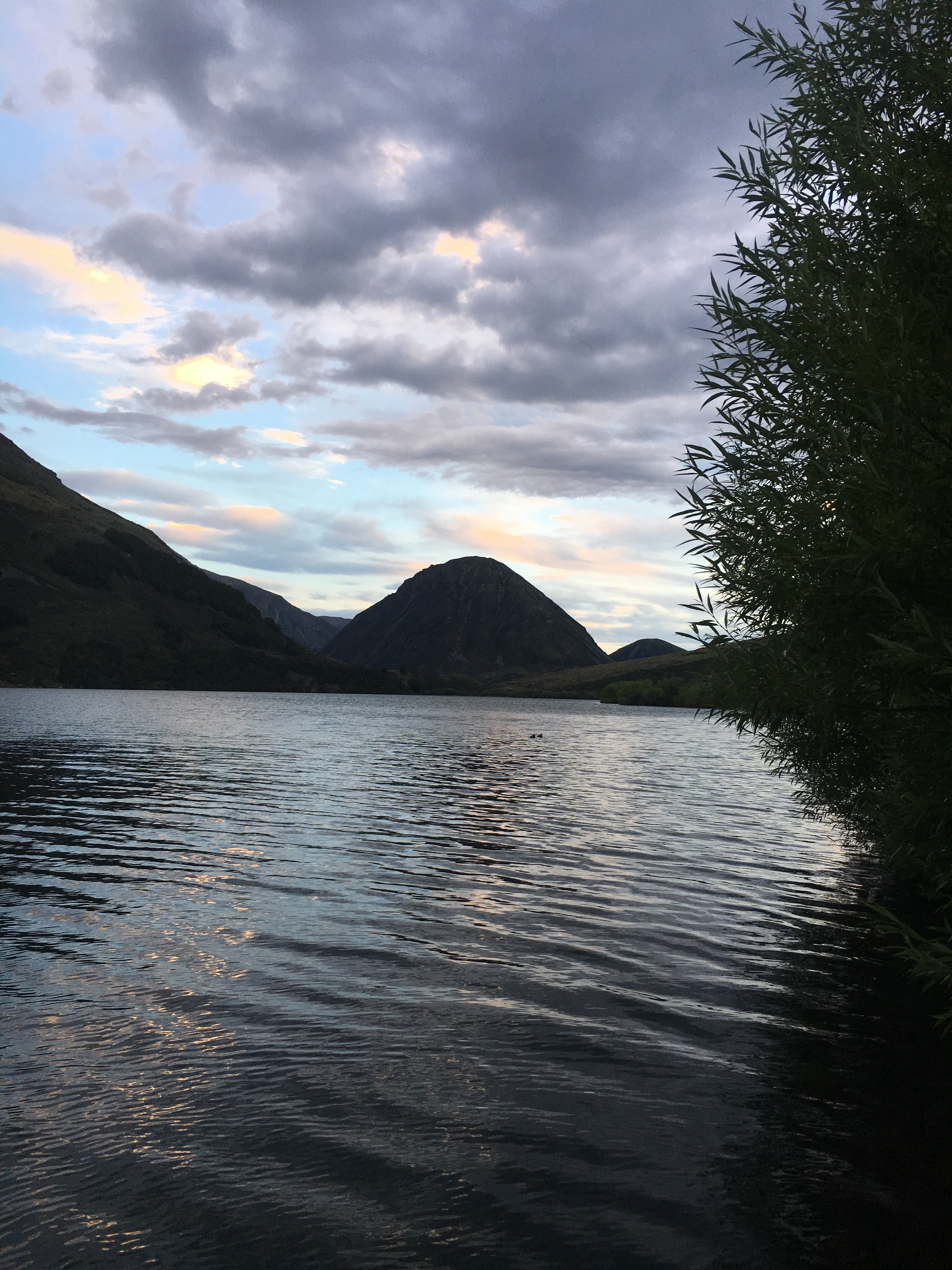 Dear Anglers, Happy New Year to you all and good luck with the fishing for 2019.

This weekends forecast is not great for anglers looking to target the High Country.

Strong Nor-west winds up to gale force are forecast for Saturday and Sunday.

Heavy rain fall may also occur in the main divide on Sunday.

The wind forecast is not favourable for anglers heading for the high country lakes this weekend, although there are always some places more sheltered than others.

Above Right: Picturesque Lake Selfe and the other Canterbury high country lakes often have little nooks and corners to fish in on windy days.

Spin anglers will have more options open to them than those on the fly in these conditions.

If you are heading into the back country this weekend, be aware that river flows may rise sometime on Sunday.

Keep an eye on the ECan river flows and rain fall web site for up to date information.

Rivers such as the Ashley, Otukaikino, and all of the Lake Ellesmere tributaries are work a look for trout.

My pick would be the Ellesmere streams, the lower Selwyn, L11 rivers, and Harts Creek will all be worth a look.

The Selwyn River will attract trout with its positive high flows over the past few weeks.

Often at this time of year, as the lake water warms up, trout numbers will start to build up in the cooler in flowing streams.

They are very difficult to catch during the day., evening or into the night is the most productive time to fish.

Use feathered streamer style lures on a slow sinking fly line such as Wooly buggers or Mrs Simpson, or Rapalas, Veltics, or soft baits for the spin anglers.

Although these trout can be hard to catch at times there is usually sometime during the night that they will come on the bite.

It may only be 10 minutes, and you just have to be there at the right time.

There is a real chance of catching a true trophy trout of a life time in these places, and from experience I can tell you that the late nights are worth it.

The Waimakariri River lower reaches have offered some good trout fishing over the past few weeks.

Some very nice fish have been caught, some of them around five to seven pounds.

There have also been many small fish caught.

These trout need to be released to grow another year.

They will only survive if you handle them carefully before releasing.

Experienced anglers, please take the time to educate new anglers around you on how to do this.

These small trout, often just over 300mm, are very important to the success of next years sports fishery and we need to look after that!

For trout anglers looking to stretch that new fly line they got for Christmas, lowland rivers such as the Ashley will be worth a look.

Dusk or into the night with streamer style feathered lures will offer the best fly sport.

Rapalas and Veltics or soft baits for spin fishing would be my choice.

The Ashley River Trout really are beautiful looking fish, and are certainly a prize catch for anglers.

This area holds some very good fish, some of them into double figures.

They are usually caught on weighted nymphs by the fly angler, or small blade spinners by the spin angler.

The High Country Lakes continue to produce some very nice trout, and landlocked salmon from Coleridge.

Warm weather conditions permitting, Brown and Rainbow Trout are more susceptible to rising to a dry fly at this time of year which is a very exciting experience.

As the warm summer days continue Cicadas will start to become a feature on the trout’s menu.

Large Cicadas crashing on the water will be what trout are looking for, rough casting imitates this quite well, so perfect for those learning to cast a fly line.

Black Veltics are always a favourite for spin anglers in the high country.

Lakes in particular that are worth a look at the moment are Lyndon, Hawdon and Marymere, Coleridge, Georgina, Monck and Selfe.

Lakes Marymere and Monck are Fly fishing only lakes.

The Lake Coleridge fishery has produced outstanding fishing this season on both trout and land locked chinook salmon.

Fish a& Game have been releasing 10,000 salmon smolt and 7,000 rainbow trout fry into this lake annually.

The salmon have all been adipose fin clipped over the past five years, however the rainbow trout have not.

For the first time this years rainbow trout releases of 7,000 in December, have all been adipose fin clipped.

Salmon Creel data collected from the Coleridge fishing competition on opening weekend, and during the Winnemem Wintu DNA genetic sampling project has shown that over 50% of the angler harvest of land locked salmon from the lake originated from the Rakaia Montrose Hatchery.

This survey does not account for the progeny of these adult spawning fin clipped salmon, which of course are not marked.

This would suggest that Lake Coleridge population abundance is at times very reliant upon additional releases.

The same may become evident in some degree in relation to rainbow trout abundance.

Although there is one main point of difference in which the rainbow trout population has an advantage.

This is that they have more abundance of suitable spawning ground options available to them.

Rainbow trout being larger than landlocked salmon are able to negotiate the heavy flows of the Harper weir water fall giving them access to multiple pristine spring creeks in the Harper and Avoca catchments.

It is evident to staff that the smaller land locked salmon are not big enough to negotiate the weir and reach these creeks to spawn.

They are mostly limited to the smaller spawning grounds of the Ryton river, Scamander stream, and Twin Creeks.

Over the next two years fin clipped rainbow trout will become evident as angler harvest from the lake.

They are currently only about 80mm long, and will probably attempt to take small lures so please treat them carefully when releasing.

Fin clipping at the Montrose Hatchery in December

During October and the first weekend of December over 50 volunteers helped out with the annual task of adipose fin clipping salmon smolt, and also for the first time in many years, the fin clipping of rainbow and brown trout.

Anglers enjoyed a great social weekend talking fish as they love to do, and fin clipped around 50,000 salmon smolt, and 25,000 trout.

This was a great effort considering the smolt and fry were quite small in size at the time.

These public events at the hatchery were only the first part of the annual program which will be completed in Feb/March.

It was great to see so many anglers turn up to help out, and Fish and Game are very grateful for the dedicated support.

Thank you all for your help with the extremely important task of monitoring our fishery!

If you missed these fin clip days, there will be another weekend advertised in this report two weeks prior sometime in February.

Salmon have been caught in most rivers over the past week, and there are some pretty nice fish amongst them too.

The biggest seem to be weighing in around 18 pounds.

Also an unconfirmed report of a 20lb fish.

The rivers are fishable and worth fishing now, but be quick as Sunday's rain in the Alps could be the end of this fishable spell for awhile.

Surf conditions will also be worth a look as salmon start to congregate.