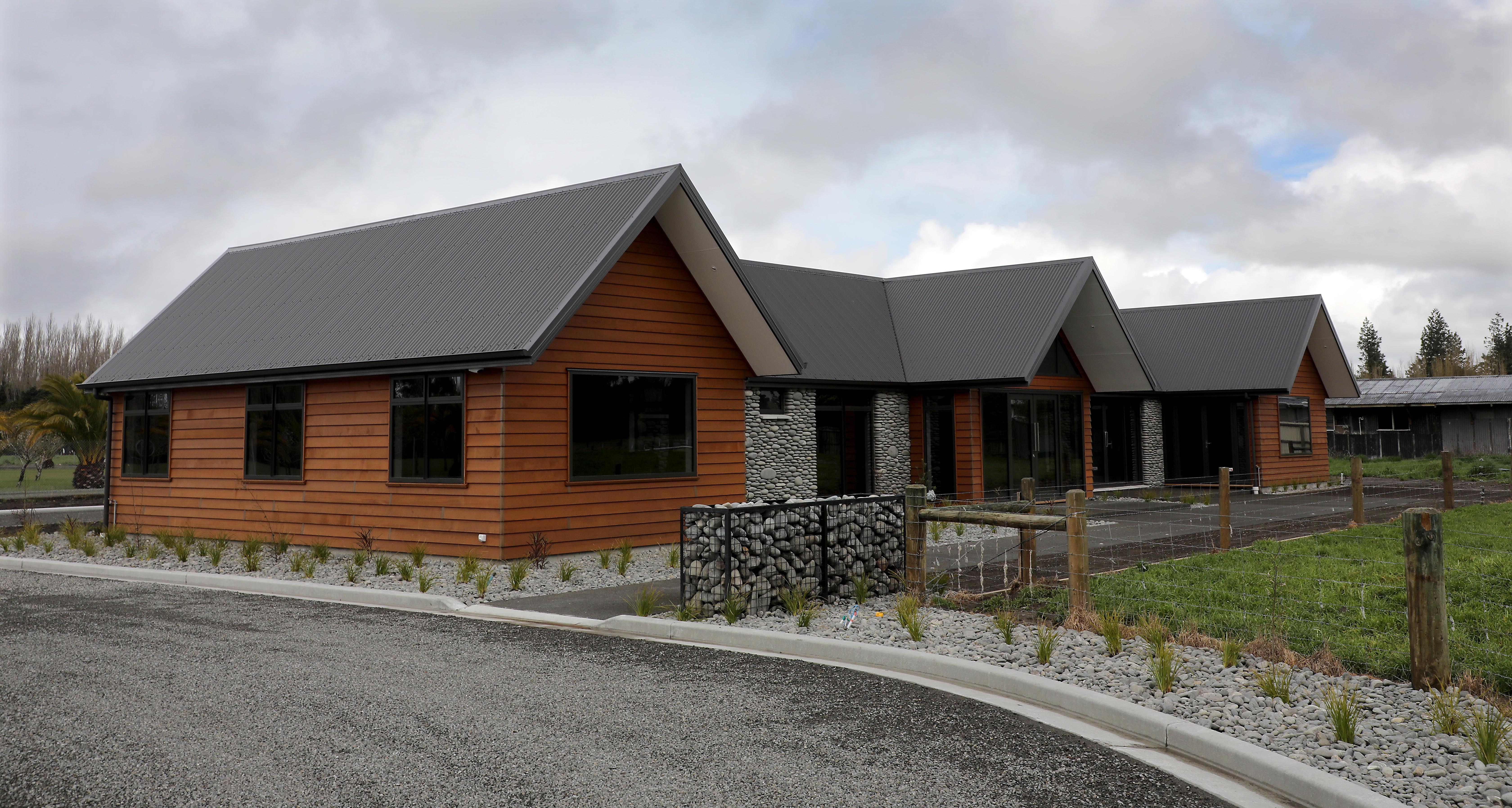 After their previous base at Horatio Street in the CBD was red stickered by engineers and subsequently demolished, staff working for North Canterbury Fish & Game have been searching for a new home.

In the intervening six years staff worked from home or out of the Department of Conservation Office in Rangiora.

At the opening North Canterbury Chairman Trevor Isitt thanked the Department of Conservation for their assistance over the last six years.

After finding and purchasing a new site at 595 Johns Road, General Manager Rod Cullinane oversaw the construction of the purpose designed building built by Fowler Homes.

The building was opened officially by Christchurch Mayor Lianne Dalziel who was assisted by 90-year-old angler Walter Keenan.

Mr Keenan has held a fishing licence for 68 consecutive seasons and has kept every single one of them to prove it! 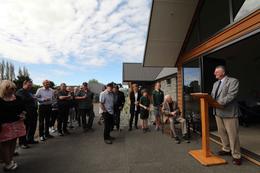 Joining them were Joanna MacAskill and Nathan Carroll representing Burnside Primary School which have been long-time supporters of the Fish in Schools programme.

Following the opening ceremony, the around one hundred guests were treated to a special advance screening of the film “The Introduction”.

The film made by local historian Jack Kos and American filmmaker Ben Pierce shows the dramatic story of the introduction of brown trout into New Zealand 150 years ago this month as New Zealand’s first sports fish.

The North Canterbury Fish & Game Office will be open to the public from Monday October 3.