Majority of anglers sticking to the rules 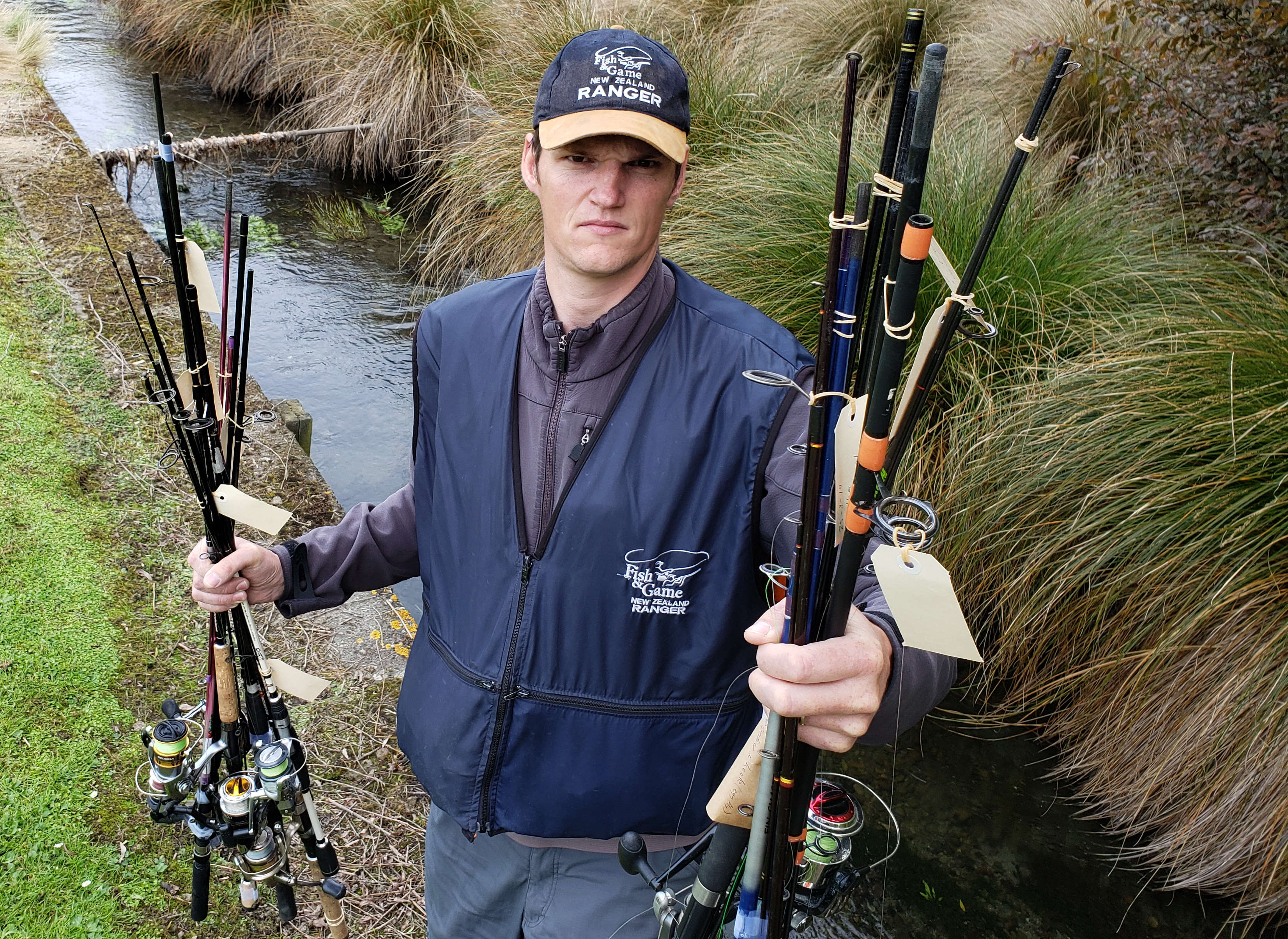 With nearly a month of the new sports fishing season completed the Central South Island Fish & Game Council (CSIFGC) are satisfied with the nearly 99% level of compliance its ranging team are encountering so far.

Since October 1, 153 anglers have been interviewed with only two offenders encountered, one for fishing without a sports fishing licence and the other for fishing in closed waters.

With the High-Country season due to open this weekend (2nd November) CSI Fish & Game rangers are reminding anglers to purchase a 2019-2020 season licence and make sure they carry it with them ready to produce to rangers.

Right:Fish & Game Officer Hamish Stevens displays just two handfuls of the rods siezed from offending anglers over the past season.

Anglers are also reminded to check their regulation guides and ensure they adhere to the regulations which differ between various locations.

High country opening is a popular fishing weekend and rangers will be active to ensure angling compliance and to observe the success of anglers and the condition of the fisheries.

All anglers that target trout, salmon, perch and other sports fish in freshwater are required under the Conservation Act 1987 to hold a valid sports fishing licence and adhere to the sports fishing regulations.

During the 2018/19 season, that ended on the 30th September, CSI rangers undertook their duties at 31 waterways across the region interviewing over 2,500 anglers.

During the 2018/19 season 62 people were found offending, accounting for a total of 70 offences.

CSI Fish & Game Compliance Coordinator Hamish Stevens said, “while the Council strives for all anglers to be compliant, the fact that over 97% were sticking to the rules shows that current ranging efforts are having an impact on anglers’ decisions to not flout the law.”

Most offences were detected at the hydroelectric canals near Tekapo and Twizel.

The most common offence detected was fishing without a current sports fishing licence with 44 unlicenced anglers found by rangers last season.

Other common offences detected by rangers were exceeding the daily bag limit, fishing out of season and using more than one fishing rod.

In 40 of these cases offenders were charged and summonsed to appear in the District Court.

The penalty for fishing without a licence – and most other regulation breaches- is a fine of up to $5000 and forfeiture of fishing gear used.

In recent years persons found fishing without a licence have been ordered by the Court to pay up to $930 in fines and costs.

Mr Stevens says, “anglers who choose to fish without a licence or otherwise break the rules can expect to end up in court. It’s a risk not worth taking and it is much cheaper and less stressful to simply get a licence and follow the rules.”

CSI Fish & Game look forward to meeting plenty of anglers out enjoying the new fishing season and encourage anyone with questions to contact CSI for information.