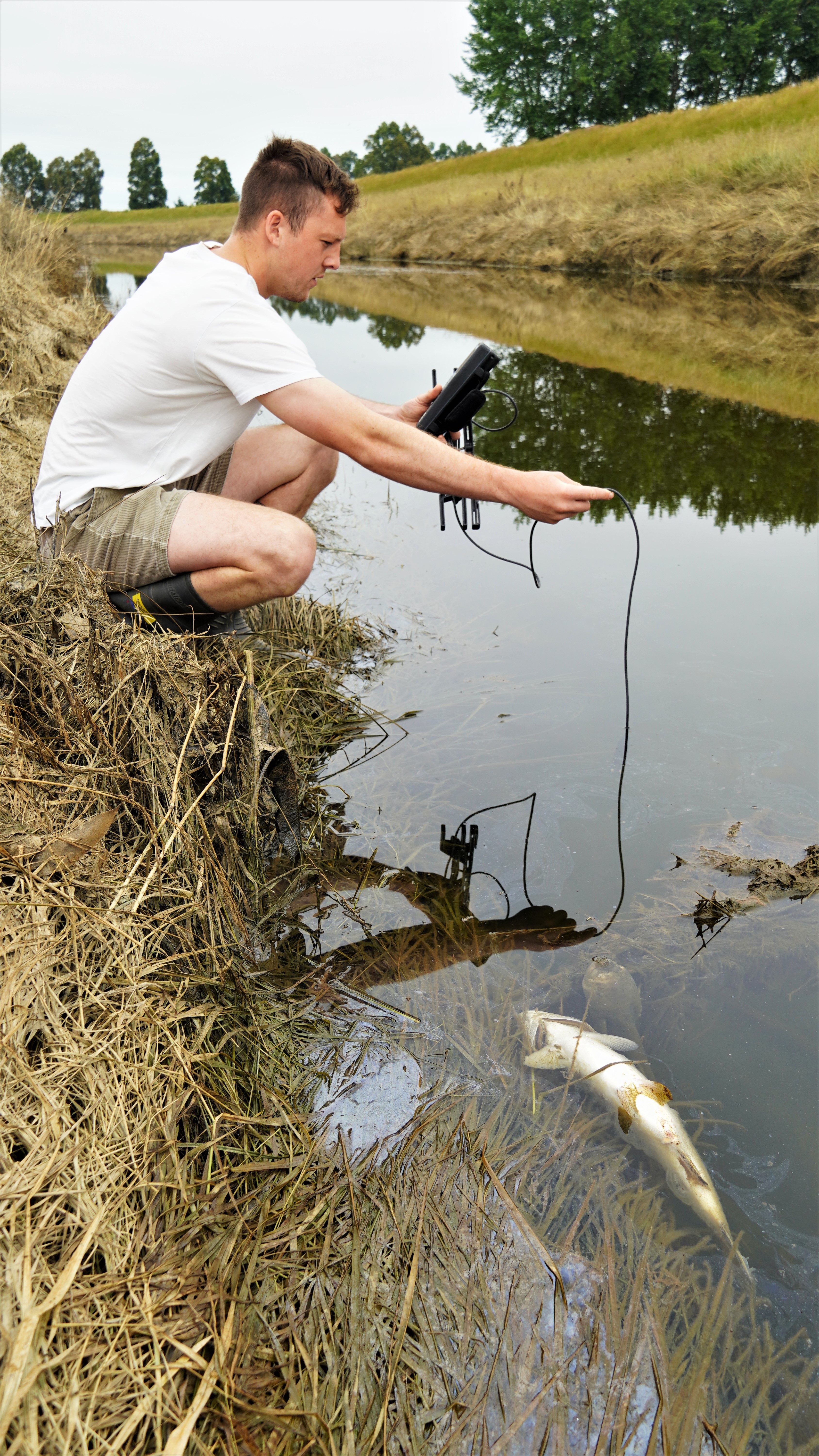 Hundreds of eels and trout have perished in lower Silverstream in what appears to be a low oxygen and high heat environment.

Mosgiel angler Bevan Campbell who alerted Fish & Game Otago and the Otago Regional Council said he had never seen anything like it. Both agencies were on site last evening.

Right: Fish & Game Otago Field Officer Jack Harland measures oxygen levels in lower Silverstream. At the time of measuring the oxygen levels were half of what they should be and still near toxic levels for fish.

The trout use the lower Silverstream as a refuge when the Taieri is in flood and dirty but it looks like that was the wrong option Mr Campbell said.

‘We have taken oxygen levels in the lower Silverstream today and they are still very low – borderline lethal for fish - and it’s down to near zero in one of the drains leading into the stream. There are dead and decomposing fish everywhere and dead worms all over the stream bottom. It’s a tragic sight.”

Rotting grass and vegetation beneath ponded floodwater is known to decrease water oxygen levels as the material breaks down. That, in combination with heat, there is a perfect recipe for an anoxic environment to form.

“The Otago Regional Council are taking water samples to rule out other sources but the cause of the fish kill looks to be simply a result of a natural flood event at the warmest time of the year” Mr Hadland said.