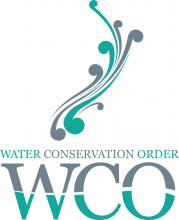 “A WCO affords water bodies National Park level protection status, and is the only statutory tool we have that puts serious integrity behind freshwater in the ‘100% Pure’ Kiwi brand,” says Fish & Game chief executive Bryce Johnson.

“It’s appalling that this Government is trying to dupe the public by saying it is ‘improving’ the WCO process, when in reality its plans will render WCOs useless as a tool to protect rivers from a greedy few for increased irrigation and intensive farming. Make no mistake – this is all about escalating the public water grab for private industry.

“Exploiting our remaining pristine rivers demonstrates this Government’s total disrespect for anything that gets in the road of so-called ‘economic growth’, this anti-environment agenda blindly ignoring both the economic impact on tourism as well as the connection Kiwis have with our rivers, lakes and treasured natural places.”

The strength of WCO law is that outstanding water bodies are protected – end of story. But Mr Johnson warns that the Government’s proposals would also create a process for all existing WCO-protected rivers to be opened up for ‘economic growth’, which is precisely what WCOs were established by a previous National government to counter.

“How is that an ‘improvement’? It’s like saying National Park protection is being improved by allowing mining,” says Mr Johnson.

Fish & Game and its licenced anglers and hunters, along with other conservation organisations and Iwi, have spent millions of dollars to safeguard some of the country’s most outstanding waterways through WCO applications.

This has enabled the protection of highly-valued sport fisheries (such as trout and salmon), habitat of native species and freshwater-based recreation for all New Zealanders.

Further, Mr Johnson says the proposals are completely counter to what the Land and Water Forum (LWF) actually recommended to Government.

“The LWF recommended that WCOs should be strengthened ‘to achieve an integrated management approach including land use’. In other words, to require adjoining land uses to be compatible with a river’s protected status – the upper Mohaka River, which has a WCO, has been ruined by the failure of Hawke’s Bay Regional Council to control dairy expansion and pollution in a major tributary.

“Not only that, there’s been no consultation at all. The Government clearly has no mandate for such a proposal – it’s a National disgrace in every sense!

“New Zealanders from all walks of life love their rivers and lakes and are deeply concerned about their continued and sustained environmental degradation. Part of the real ‘New Zealand Story’ is about being able to swim and fish and gather food from clean waterways – it isn’t about having already protected rivers opened up to economic development to benefit a minority group of industrial farmers.”

Posted 10 years ago by Default Admin