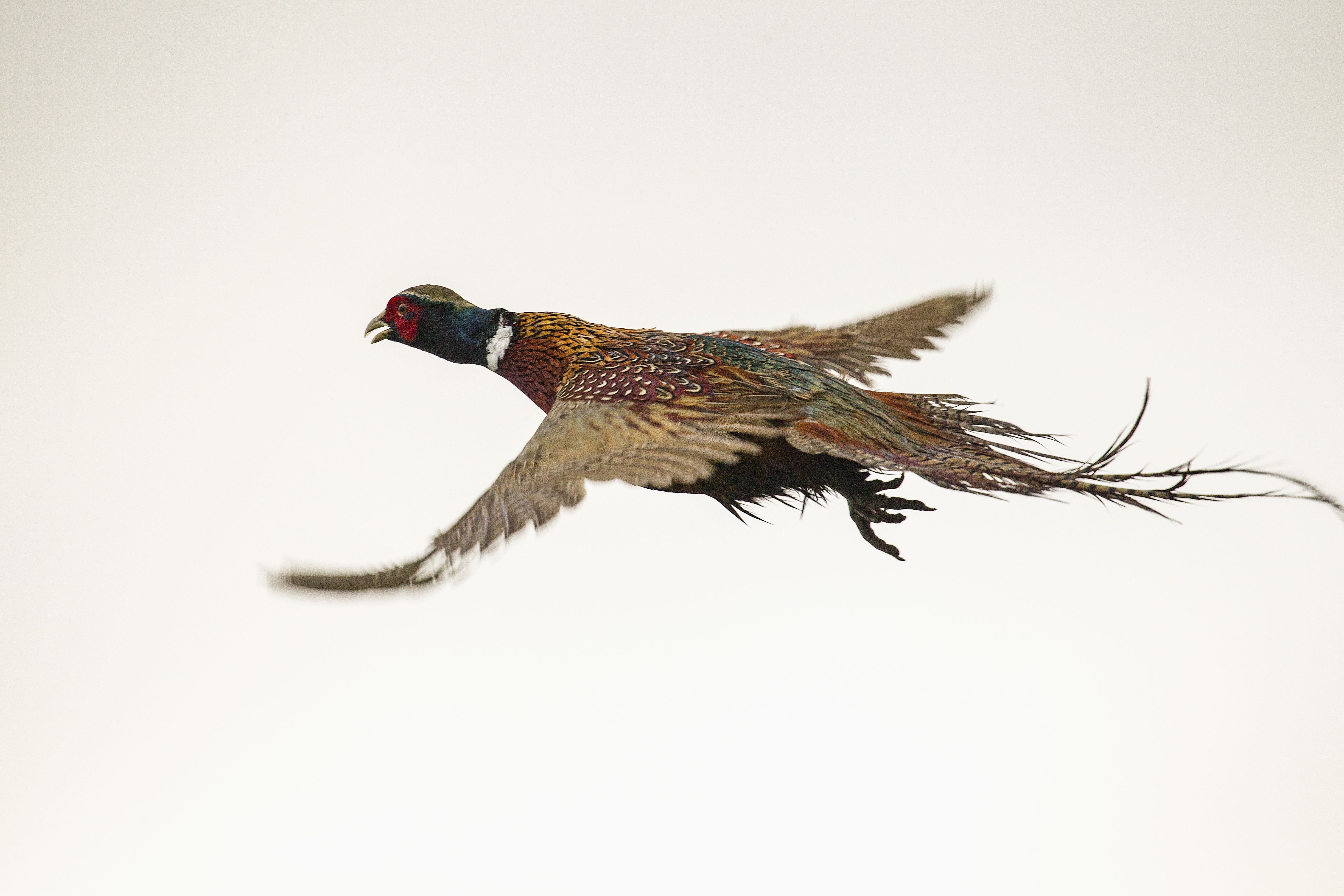 A photo of a pheasant gliding into land by Tauranga’s Jeanette Nee is the image that will adorn the 2022 Game Bird Habitat Stamp.

Each year Game bird hunters pay an additional $4 on their hunting licence to conserve the habitat of New Zealand’s waterfowl and upland game species.

The Habitat Stamp holds an image of a game bird – a different one each season. It was once required to be “affixed” or stuck onto the hunting licence, but today only the stamp “image” on the licence is required. However, the actual stamp is still available free on request to all hunters, and many have saved them ever since they bought their first game licence.

For the last three Game bird seasons, the NZ Game Bird Habitat Trust (GBHT) has funded a photographic competition with the winning image featuring on the next Habitat Stamp.

The competition is open to anyone; there are prizes sponsored by Kilwell and $1,000 for the winner.

It was an altruistic move by hunters to impose an additional cost on themselves to protect game bird habitat so that future generations can enjoy the same hunting experience.

Since introduced by the New Zealand government to “generate revenue” to improve game bird habitat and habitat of other wildlife, the habitat stamp programme has raised over $2.3 million for conservation.

The GBHT distributes funds raised through habitat stamps to projects that protect and restore game bird and other wildlife habitats.

The GBHT encourages landowners to engage in active habitat management on their properties to benefit many types of wildlife, including game birds. One habitat it promotes over all others is wetlands, with funds distributed to create and restore them all over the country.

The GBHT receives applications for grants (until 30 June each year) and, in exercising its functions, draws heavily on the depth of its board member experience. Appointed by the Minister of Conservation, the six board members are passionate about habitat creation - none more so than John Cheyne, who was made a Member of the New Zealand Order of Merit in 2021 for services to conservation.

Many people think taxpayers fund fish and game agencies and programmes. But in reality, they’re funded by hunters themselves. Hunters have raised millions of dollars and contributed thousands of volunteer hours to wildlife conservation throughout New Zealand.