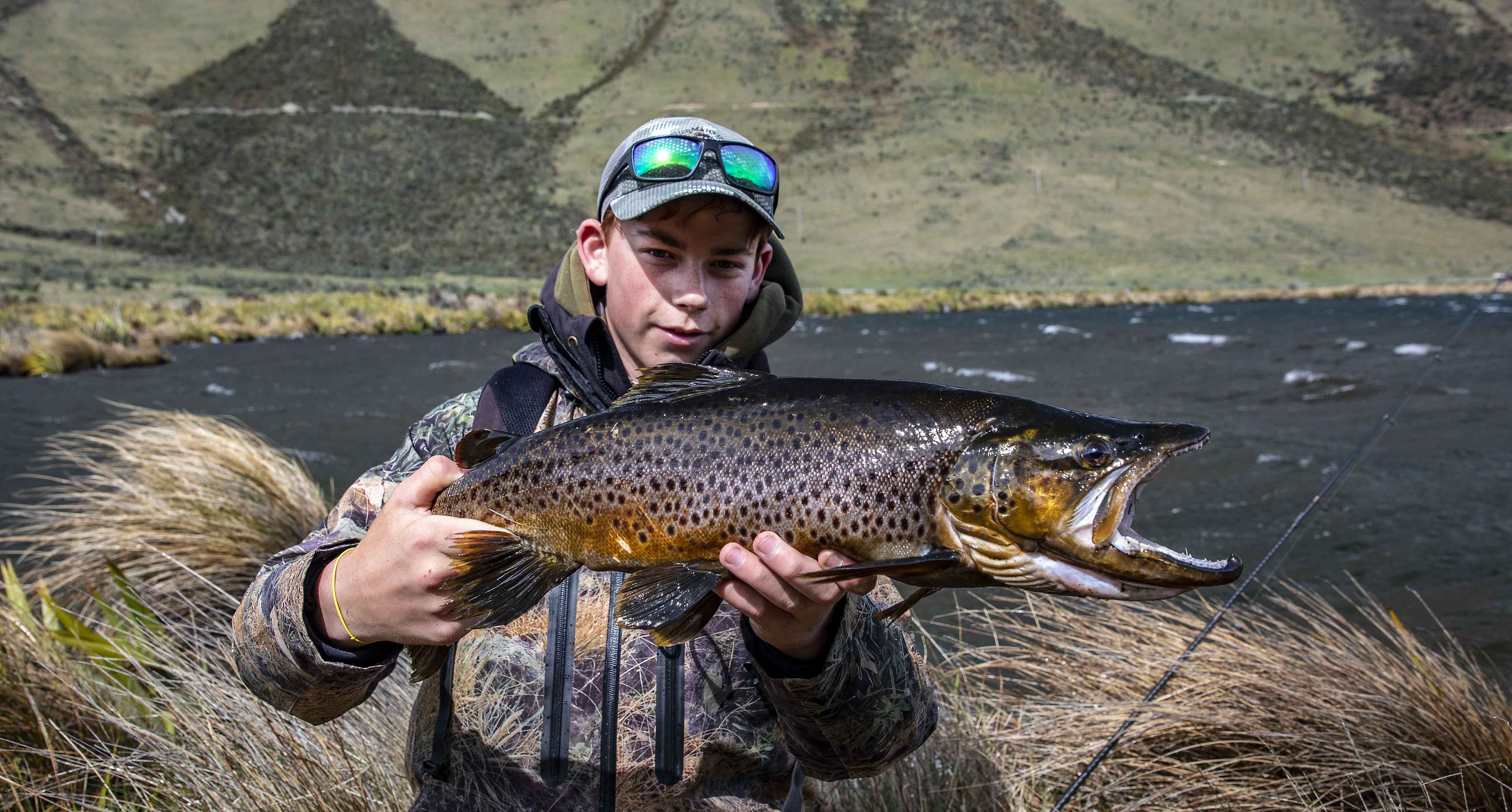 Nor-West gales failed to stop hundreds of Canterbury anglers from heading into the backcountry to celebrate the opening of the high country fishing season.

Keen anglers camped out overnight in the Lake Coleridge lakes so they could be ready at first light to chance their arm at some elusive salmon, brown and rainbow trout.

The traditional first Saturday in November opening has historically been a clarion call for many of Canterbury’s anglers.

Above Right: Alex Burrowes with a 2.4 kilogram brown trout caught on the Henrietta Lakes near Lake Coleridge.

Multiple generations of anglers come together in the picturesque surroundings and for many catching fish is secondary to catching up with family and friends they haven’t seen for a while.

While the weather curtailed many boat anglers, shoreline fishing was very fruitful with many anglers catching their bag limits of two fish within an hour.

Water streams of Tolovae Tuilaepa's rod as he casts out into Lake Georgina.

North Canterbury Fish & Game Officer Steve Terry said the quality and condition of the fish being weighed in was the best for years.

Catching a fish isn’t necessary to win a prize, all you have to do is present your valid fishing licence and you go in the prize draw.

With hundreds of prizes provided by sponsors, Hunting and Fishing Tower Junction, almost everyone present at the prizegiving had some new fishing gear to try out on Saturday evening.

Fish & Game staff at the weigh station also took tissue samples from any salmon caught to assist in the genetic research project aiming to return salmon to the Winnemem Wintu people of California.

The lakes are stocked with fish from the North Canterbury Fish & Game Hatchery at Montrose on the Rakaia river.

Data recorded over the years has show that the level of harvest from the Canterbury lakes is sustainable and the condition of the fish caught reinforced this.

The high country fishery is open to angling for the next six months and with most lakes within 90 mins of Christchurch, it is an ideal family day trip.

Click here to watch a video of the day.