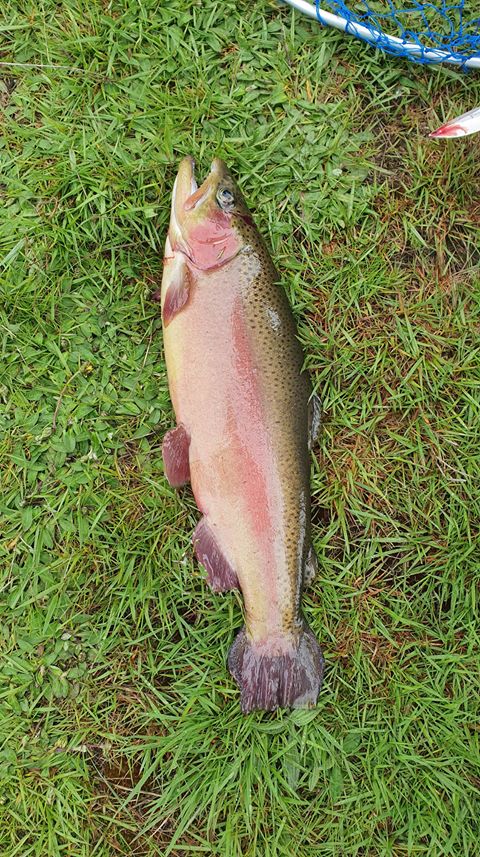 Hello and welcome to the North Canterbury region fishing report, unfortunately, not much to report this week.

There has been some substantial rain in the Canterbury headwaters.

This is set to continue right into the weekend.

Along with strong North West winds.

Right: A nice 3.5 pounder caught by Phillip Newton  sent in a week ago.

All the salmon rivers will be unfishable and will probably remain so for quite a while.

Even the headwaters of these rivers are unlikely to be clear on the weekend.

Most of the back-country fishing will also be a write off this weekend.

It is unlikely any of them are going to be clear with the rain forecast.

High country lakes will be fishable, it is going to be windy so probably just shore based angling only.

If you can find some sheltered spots there should be plenty of insects getting blown onto the water to give away the trout position.

The lakes are full so trout will be cruising the stirred-up edges which will be full of food.

The high winds mean the lakes have had plenty of churn.

So, despite the warm weather the wave movement has meant these lakes have kept cool.

This will mean great conditions for the trout.

Lowland streams could be a good option this weekend.

As long as the North West winds are not too strong it may be quite calm around Christchurch and the lower plains.

The Ashley is at an ideal flow, as is the lower Selwyn.

There are also plenty of other spring creeks in the Ellesmere system or around the lower Waimakariri.

It is really the only river option on hand this week, so what are they like to fish?

A lot of our lowland spring fed creeks are characterised by starting off small, shingly and clear.

There is the odd trout in these sections. 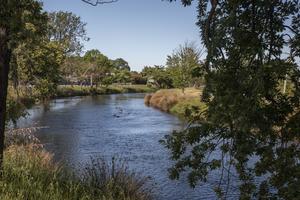 The wide slow reaches of of the Avon RIver can be very productive for fishing.

Mainly of interest to the fly angler though as often the trout hold in a stream no wider than a metre.

These streams swell to a decent size quickly though as they either became tidal or just simply meander and widen with a flattened gradient.

Examples of tidal spring creeks are the Cam, Kaiapoi, Avon and Heathcote.

These are very productive in these wide slow reaches.

Particularly as the tide is coming on.

They naturally lend themselves to spin or soft bait fishing due to their canal like structure.

Watch for trout chasing whitebait or smelt on the surface as a giveaway on where to cast.

There are miles of water in these streams so there is the option of moving upstream with spinning gear or simply casting out some bait and staying in a likely spot.

Look for structure, what I mean by this is rather than fishing a uniform piece of water look for a difference, such as a bend in the river, a deep gut or even a bridge.

Anything that provides a better place for the fish to hide or increase its feeding opportunity.

As well as on the incoming tide the best times to fish are first and last light.

Fishing during the day is pleasant enough though especially if it is rough up country but calm around Christchurch.