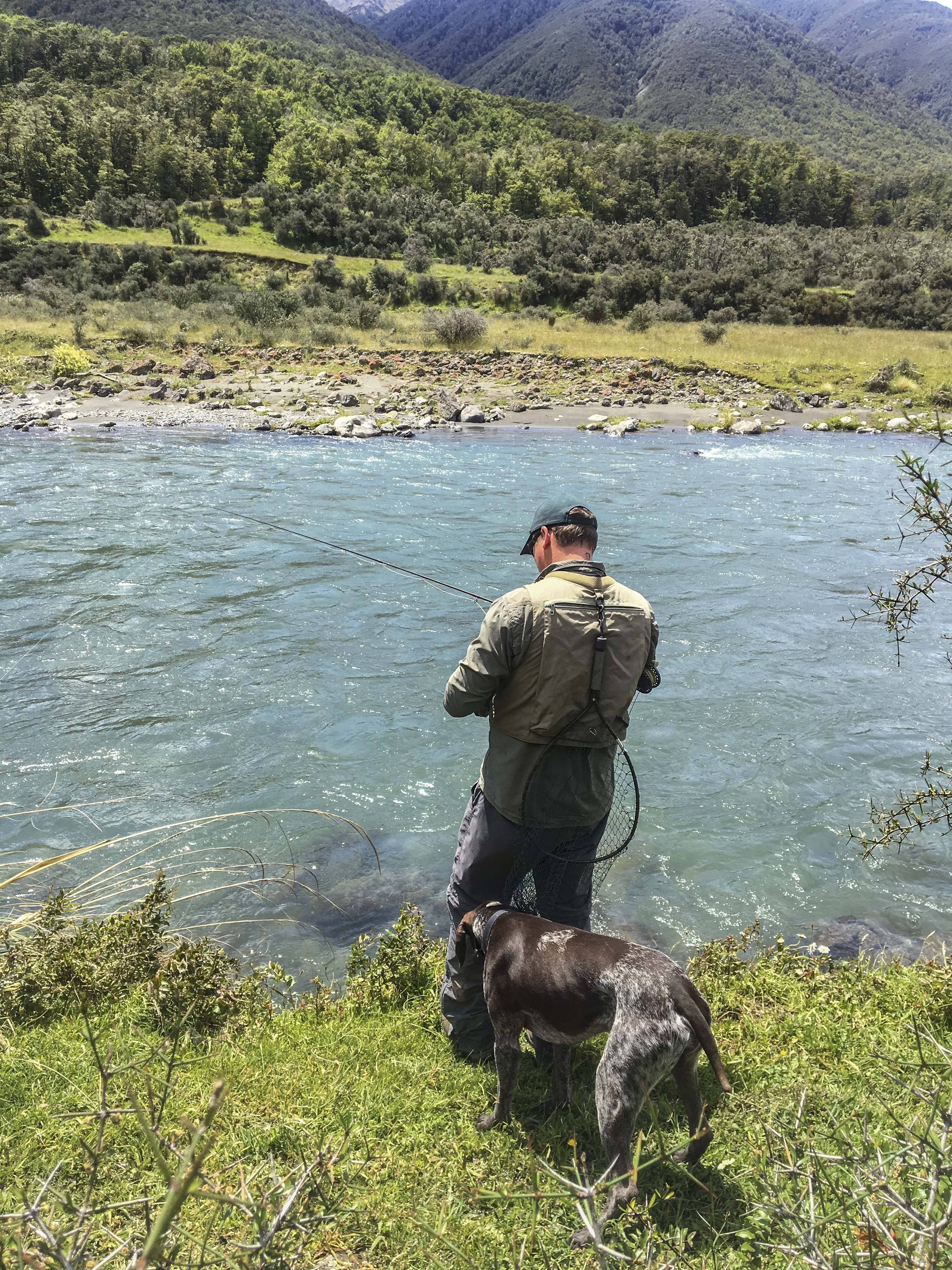 Hello and welcome to the North Canterbury region fishing report, the weather looks to be quite reasonable this weekend.

The real issue is the amount of rain leading up to the weekend.

There will be significant rain falling in the headwaters of Canterbury rivers on Thursday and Friday.

Right: Fishing the edge, which is the only clear, quiet bit of water.

There has also been some heavy rain in the foothills which has caused some freshes in those catchments.

Once again this means that there is not much fishable water around this weekend.

All of the main alpine rivers will be high and dirty.

Depending on how much rain on Friday there could actually be some significant flooding.

This will mean they won’t be fishable until well after New Year.

Foothill streams such as the Ashley or Selwyn have also had a fresh through them.

They will be marginal by the weekend.

At the time of writing the Selwyn had not run all the way through to the lower reaches.

So, the lower reaches will still be clear and fishable.  As with the other Lake Ellesmere tributaries.

They will be elevated but should be fishable.

Back country rivers will be a washout this weekend.

High country lakes will be the place to go this weekend.

The forecast is for almost no winds on Saturday and a light North West on Sunday.

These will be perfect conditions for fishing these lakes.

A light North West often brings on green beetle hatches and other insect activity on the surface making the trout very active in the middle of the day.

The lakes are very full, and the trout are still very active around the edges and the surface as the water temperature is nice and cool.

The lakes are in perfect condition heading into the holidays, compared to previous years where the trout have already gone deep to cooler waters.

Lowland spring creeks may be carrying a bit of murky water from the Southerly earlier in the week but should be starting to clear by the weekend.

These would be a good option too considering there won’t be much wind around.

Sunday looks to be the warmest and should finish with a pleasant evening rise on these streams. 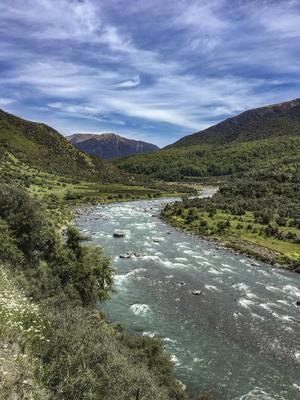 Example of a river starting to clear

Fishing streams as they are clearing

This is something that a lot of anglers have had to cope with this season – arriving at your chosen stream to find it is very marginal for sighted fishing.

One way to combat this is simply switch to spinning gear.

Sometimes if the water is running high and slightly coloured it can be very challenging to fish with a fly blind.

Often the current is very fast, and you don’t get that ideal drift and presentation of the fly.

Spin fishing in these conditions is a lot more versatile.

You can cover more water quickly.

When the water is marginal or just starting to clear, this is often the most effective time for spinners.

Trout are hungry after taking shelter during peak flood flows and come on the feed vigorously as the water starts to clear.

They become less cautious and more likely to take a spinner.  Flashy lures can be used in these conditions such as gold tobies or silver spoons.

For those of you who only want to sight your fish I can understand that.

Some streams after all do not hold high numbers of trout and identifying them first significantly increases your chance of catching them.

So, if the river has marginal visibility you should still at least try and narrow down where the fish will be.

Brown trout are lazy by nature and will be in the quietest water possible while still maintaining a decent amount of food floating down the river.

This is often at the eye of a pool or right on the edge or a run.

Sometimes after heavy flows they will still hide behind large boulders.

Rainbow trout are slightly more tolerant of faster water, so often even in clear conditions they are just out of sight further into the fast current.

If the stream takes on a grey or blue colour when it is clearing it is still possible to spot fish in the quieter water.

Often all the montage of colours of different rocks that you see at normal flows blend into one colour of a light grey.

You can spot fish against this colour, but it will be a grey smudge rather that a fish.

One of the best pieces of advice a got when I was a teenager was not to try and spot a fish but try and spot something that is not a rock.  What is meant by this is maybe seeing a shadow or a smudge that is on its own.  Movement is usually the giveaway.

In a situation where the river is full and fast it does narrow down where the fish will be.

Sometimes if a river is low and clear it just looks like everywhere is fishy.

When there is only a couple of quite areas for a fish to hide in amongst a 500m section of fast murky water, there is a good chance that these areas will hold fish.

These are the areas that you should intently watch for any smudge or movement.

If you can’t see anything then have a couple of flicks or casts with the spinner in these areas before moving on.

Don’t linger for more than 4 or 5 well placed casts.

Canterbury fish stocks are not high, and you want to cover as much water as possible in a day to get into contact with fish.