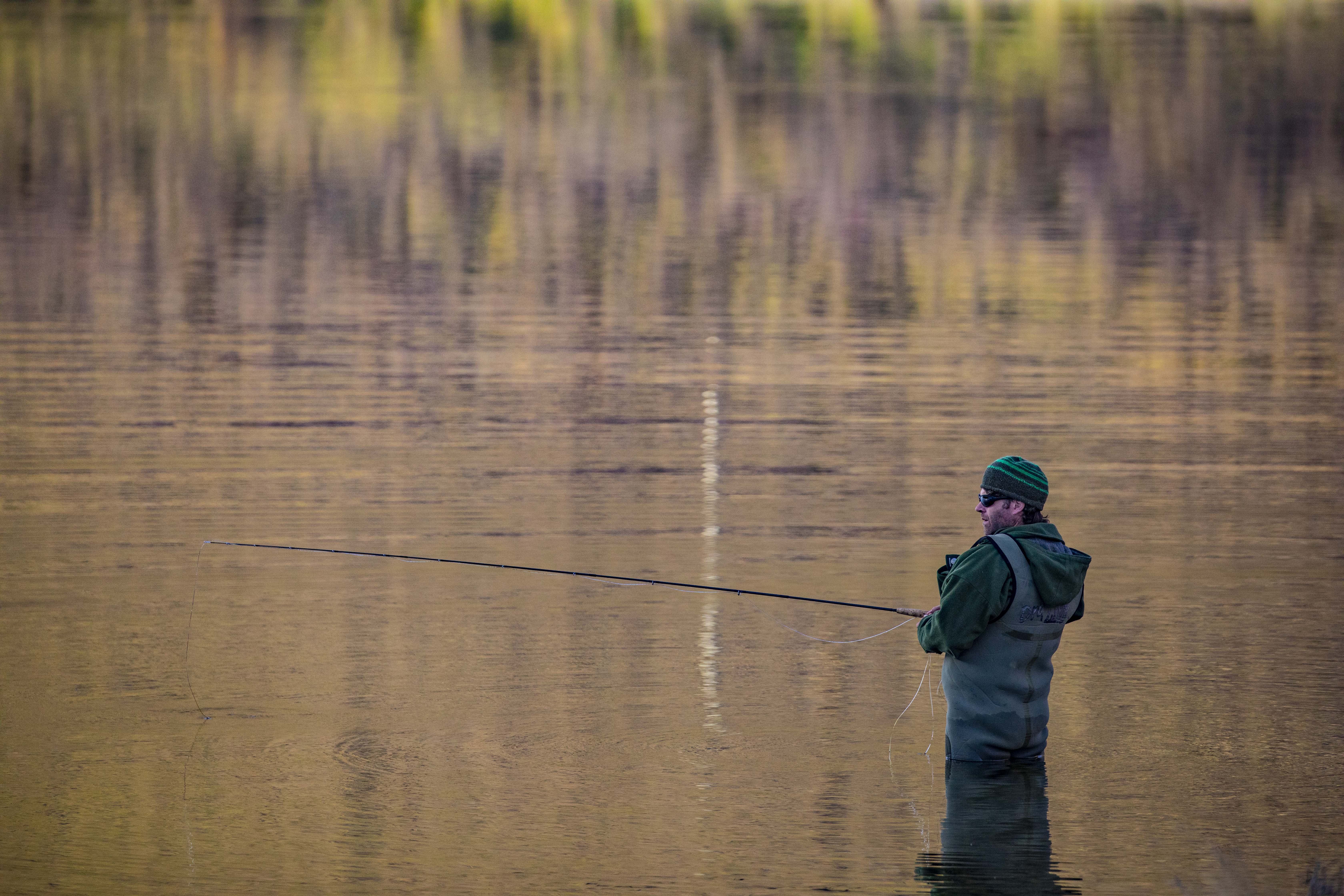 Hello and welcome to the North Canterbury region fishing report, the Nor-westers are back in force this week.

There is heavy rain forecast for the Canterbury high country on Thursday morning and then again on Saturday.

The entire weekend looks to be dominated by strong North West winds.

This is not unusual for this time of year, I can remember many show weekends camping, trying to deal with rain and high winds.

Unfortunately, it does not leave a lot of options for the anglers.

All of the main alpine rivers will be high and dirty after this week’s rain in the main divide.

Foothill streams such as the Ashley and Selwyn received a good fresh this week from the Southerly rain on Monday.

However, they will be fishable by the weekend and will have very healthy flows for this time of year.

For those of you camped at the high-country lakes this long weekend, it is going to be windy.

Be prepared and be flexible with your fishing equipment.

The lakes are going to cut up rough so boating might be limited.

Be prepared to put some time in on the shore casting into the waves.

There will be some terrestrials getting blown into the water so maybe try a bubble with a dry fly.

It is a bit early for beetles in the high-country yet, they will start in a couple of weeks.

For those not going anywhere this weekend, lowland fisheries might be the best option.

The weather looks to be a lot more benign than the foothills and high country.

All the spring fed streams around Christchurch and Lake Ellesmere will be clear and fishable for the weekend.

Brown Beetles will be around in the evenings.

If you haven’t fished using beetle imitations it is well worth a try.

Brown beetles come from the grass grub that are commonly found under pasture and lawns.

They hatch out of pastoral areas in the evening and can be in such good numbers that many clumsily fly onto the water providing food for trout.

At this time of year, you want to use the brown beetle imitation.

The green beetle is actually an imitation of the Manuka Beetle which will be present in the high country in December.

This is ideally fished with fly fishing gear, but spin anglers can also try it using a bubble.

You want to head out to the selected stream in the late afternoon and find some suitable stretches or pools that are deep and have plenty of cover such as willows.

This is because you want to fish water where trout can be hiding out of sight and come out to feed in the evenings.

There are plenty of pools on the Ashley or Selwyn that are like this.

They look devoid of fish during the day, but it is surprising how many trout come out on dusk.

The beetles will start to buzz around just on dusk.

This is when you need to get the fly on the water in these pools as you will only have enough natural light for about thirty minutes - so make the most of it.

At this time of day, the fish are not so concerned about your presence either.

It can also be a good time to take kids as there is not so much walking or patience required.

There is usually some action on the water to keep them entertained.

Simply cast the fly down the middle of the pool and look for splashy rises near your fly.

Remember to fish the very tail of pools as well as smaller trout will often hang out in these areas at night.

You will have a few mistimed strikes as it gets hard to see and the trout will be taking naturals in the vicinity of the fly.

However, if you have two or more trout feeding in the same pool off the surface in the evening, they don’t tend to get spooked by flashy noises.

Remember to take a torch for the walk back to the car!