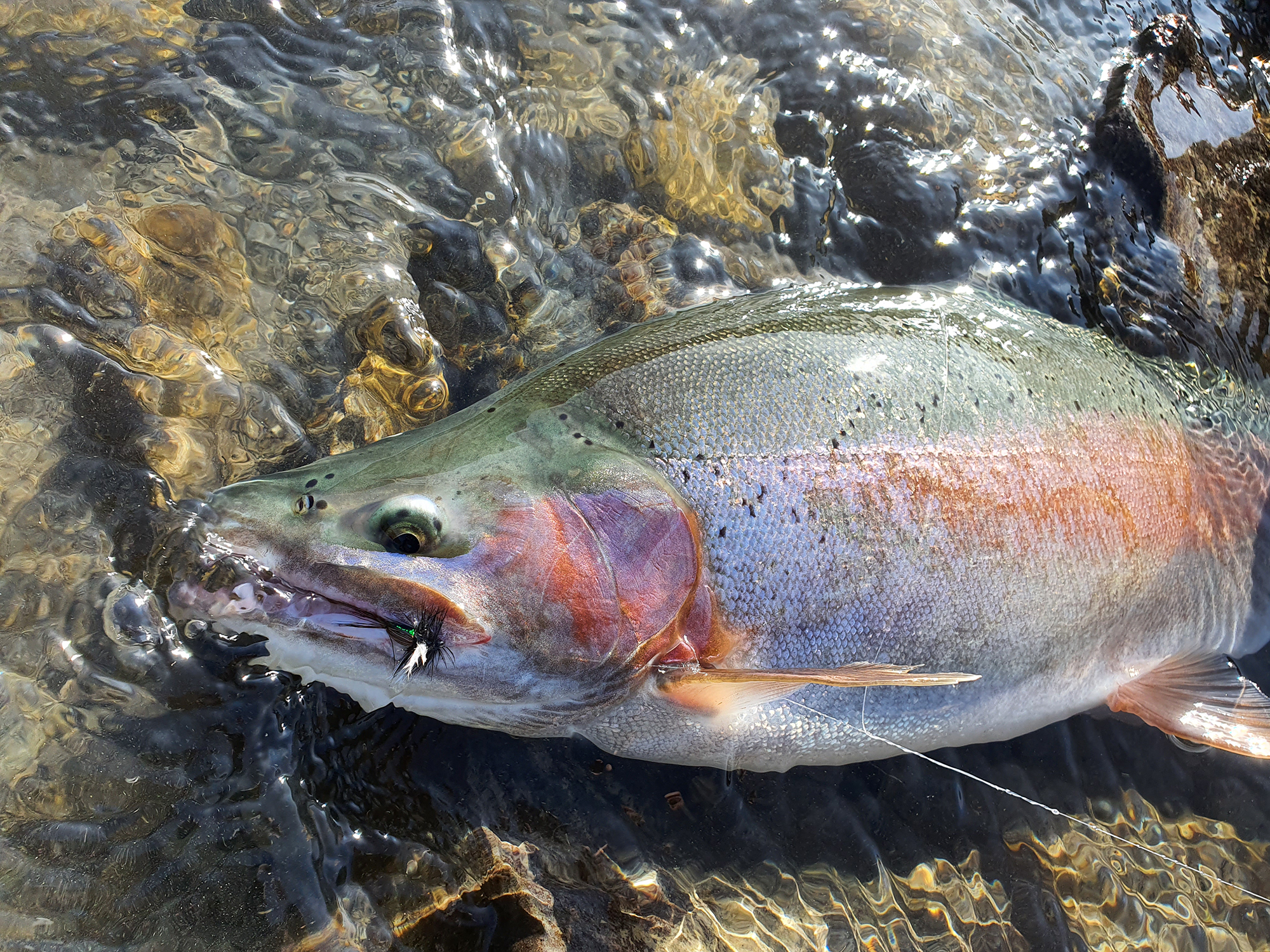 The leftovers of Cyclone Uesi look like they may hit the South Island Sunday night.

It is unclear how much rain it is going to bring to the Canterbury headwaters.  Anglers should make the most of conditions before it hits just in case the rivers do come up.

Friday and Saturday are likely to be calm days.  There may be some cloud around, and the temperature is cool.

All of the main alpine rivers a clear and fishable and are dropping quickly.

They are expected to get some heavy rain by Sunday evening.

But for now, they will be fishable, flows have been good for salmon fishing during the week but are starting to clear quickly now.

Back country rivers will be clear and fishable.

Saturday looks like the best day as on Sunday the north westerlies are going to be rising to gale force in exposed places.

Fish will be responding to dry flies as long as the first cast is accurate.

They have seen a lot of action this year so stealth and presentation is crucial for success.

Spin anglers are best to target first or last light or use very small tackle during the day.

High country lakes are still fishing well, once again Saturday would be the best day as the wind is going to get stronger on Sunday.

The lakes will now have quietened down after the busy holidays.  Trout will be back to their regular beats and routines.

I know this is a fishing report but there are probably some game bird hunters on the email list as well.

There is a bird count taking place this weekend on Saturday the 15th of February at Lake Ellesmere.

This is part of an annual bird count with people present from different agencies.

There will be people spread out around the lake at different access points.

Hunters hunting for paradise shelduck need to be wary as there will be more people around than usual.

Fishing for rainbows in a river

Brown trout are the dominant species in most of our rivers in the North Canterbury region, but there are some rivers that are dominated by rainbows.

These are mainly confined to tributaries in the Waimakariri and a few in the Coleridge/Rakaia catchment.

The mid reaches and gorgy sections of the Waimakariri also hold some good numbers of rainbows.

Rainbows are not as lazy as browns, they are more tolerant of faster flowing water.

They tend to dominate streams where the water is too fast for browns.

Brown trout tend to bully them out of the bigger, slower rivers.

When they hold in the faster water, they are harder to see.

Any quieter stretch of water where the flow slows slightly but is still hard to see, should be cast over.

Rainbow trout respond well to big dry flies.  Especially this time of year when lots of terrestrial insects are buzzing around.

They are just far less visible than browns as they tend to be more light in colour.

Spotting them can be difficult unless they are right on the edge.

If you do hook one up, they are fit and lively. A 5 to 6lb rainbow is quite a handful.

They often go aerial straight away.  Remember to dip your rod when this happens as a quick head shake from the trout when they jump out of the water is all it takes sometimes to snap your leader or tippet.

Dipping the rod just gives the line some momentary slack to avoid this happening.

As soon as they hit the water again the rod should be back up and the tension back on.

Play them quickly as they tire easy.  If you want to release them again than getting them back to the bank quickly will ensure the best chance of survival.

Spin fishing for rainbows is good sport on the mid and gorgy reaches of the Waimakariri.

Soft baits work especially well.  Once again anglers should fish all likely looking water blind and concentrate on putting the lure through that bit of water that transitions from fast to slow.

Often the rainbow will sit just on this boundary between the two, just out of sight.

Rainbows will attack the spinners more aggressively than browns.

Most rainbow stocks are smaller than the browns. They usually average around 2lbs.

But there are the odd bigger ones around in the region