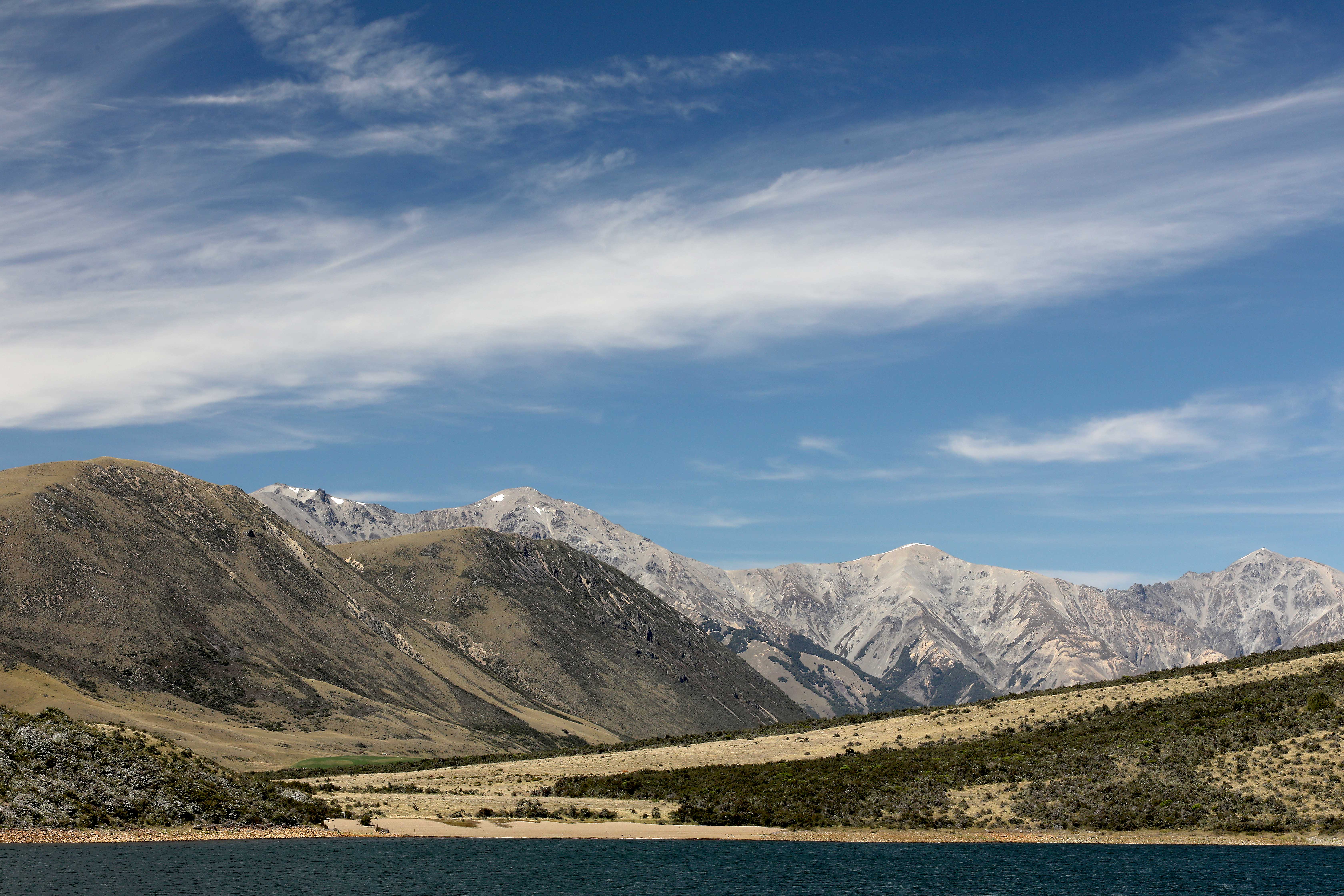 Calmer conditions this week have seen the rivers subside.

It was a substantial flood for the Rakaia and Waimakariri rivers.

The weather this weekend is still a westerly flow but no where near as bad.

Right: High country lakes have been well rested due to heavy winds in the high country.

Saturday looks to be the better day, Sunday will see some North West winds strengthening throughout the day.

There hasn’t been any substantial rain this week.

All of the main alpine rivers are likely to remain unfishable by the weekend.

It looks like flows won’t be suitable for salmon fishing until next week.

Foot hill streams did get a small fresh from the rain last weekend.

These will be clear and fishable this week and heading into the weekend.

Lowland streams are now fishing well, the trout have become more visible lately as they start to feed higher in the water column.

All the Ellesmere tributaries have reasonable numbers of fish this year.

Night and evening fishing have been producing results.

High country lakes have been well rested due to heavy winds in the high country.

The water has calmed this week, conditions are ideal as all the lakes are very full and the water temperature has been kept cool.

Trout can still be seen cruising the edges.

Anglers should make the most of this before trout go deep with the warmer summer temperatures.

The lakes should be fishing well this weekend, there will be some wind but nothing like the continuous storm that has raged for the last two weeks.

Back country fisheries will be fishable this weekend, but the flows will still be high.

Access and crossing rivers will still be a little difficult.

Trout will still be holding in heavy water requiring heavy nymphs to get down to them.  Spin anglers will enjoy the heavier flows. 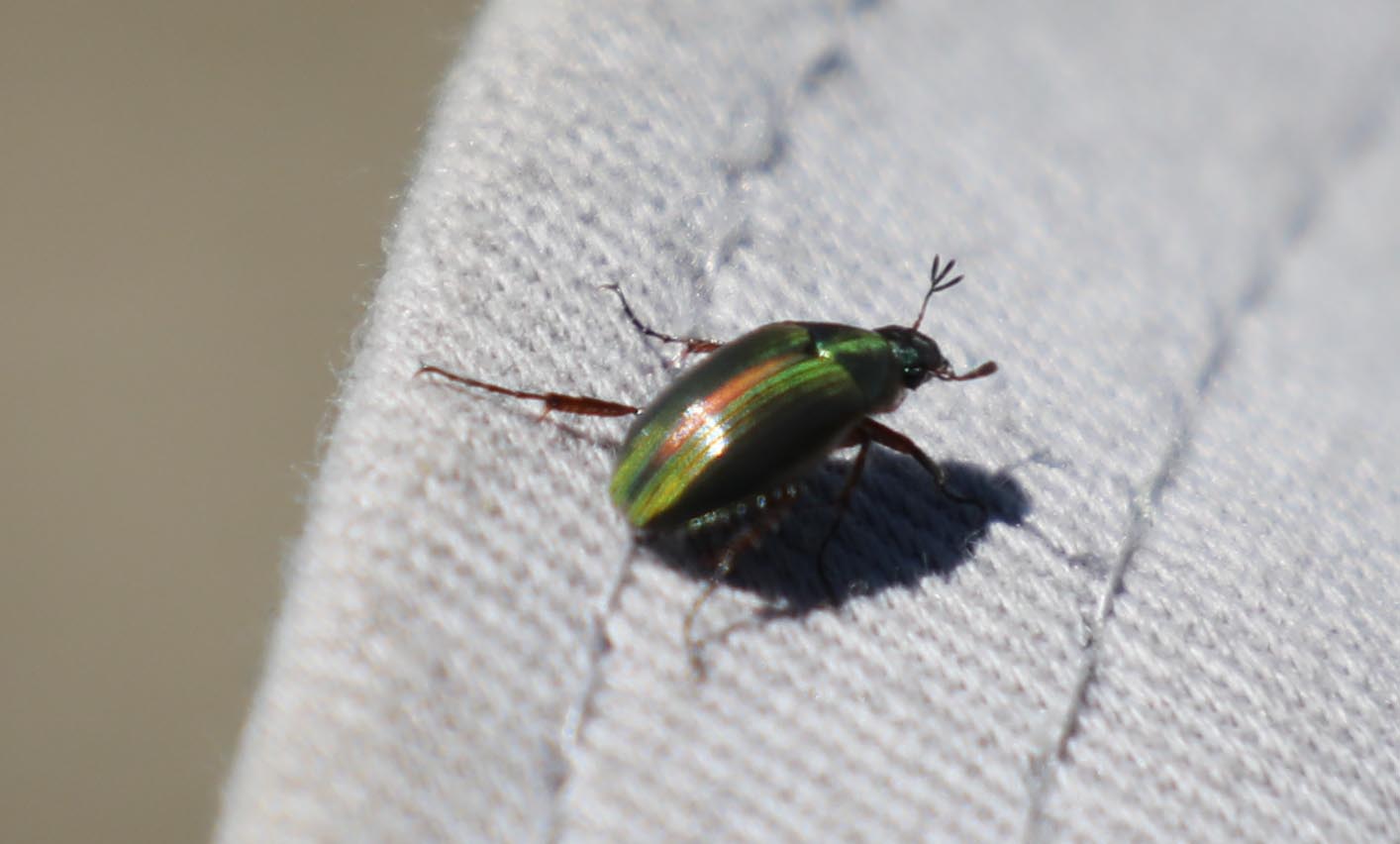 A green beetle ready to fly off an anglers hat.

Mid December brings on the start of the appearance of the Manuka Beetle.

This is the bright green beetle that can be seen sunning itself on matagouri and manuka shrubs throughout the Canterbury high country.

It can accumulate in ridiculous numbers on the high-country lakes in December.

Lake Selfe is well known for this phenomenon.

Imitations of these vary from the older style deer hair type flies to the very realistic foam beetle imitations.

When bright green beetles start accumulating on lakes the most realistic pattern should be used.

The trout has a lot of naturals to choose from, so you almost have to “match the hatch”.

Try and go for an imitation that is the same size as the naturals.

Biggest is not always best.

If trout are fussy you are better to go even smaller than the naturals.

When there are lots of beetles the trout almost seem to cruise along with their mouth open on the surface.

When this occurs you really can only put your imitation in the path and hope for the best.

It can take a while before this is successful.

Be patient and whatever you do don’t cast directly at the fish.

This is my general rule for all lake fishing.

Wait for the trout to go past, cast out and wait for its return.

Being impatient and lining fish or casting directly at them often will result in spooking them.

Twitching the fly as they swim near can be a good way of getting their attention.

Using beetle imitation is not just limited to fly fishing.

A bubble and fly can be effective as well.

Use the same principle, cast when the fish is out of sight and wait for its return.

Have as long a trace as possible between the fly and the bubble.

Do a whole rod length if you can manage the cast.

The foam imitations are visible on lakes but can be a bit hard to see floating down the river.