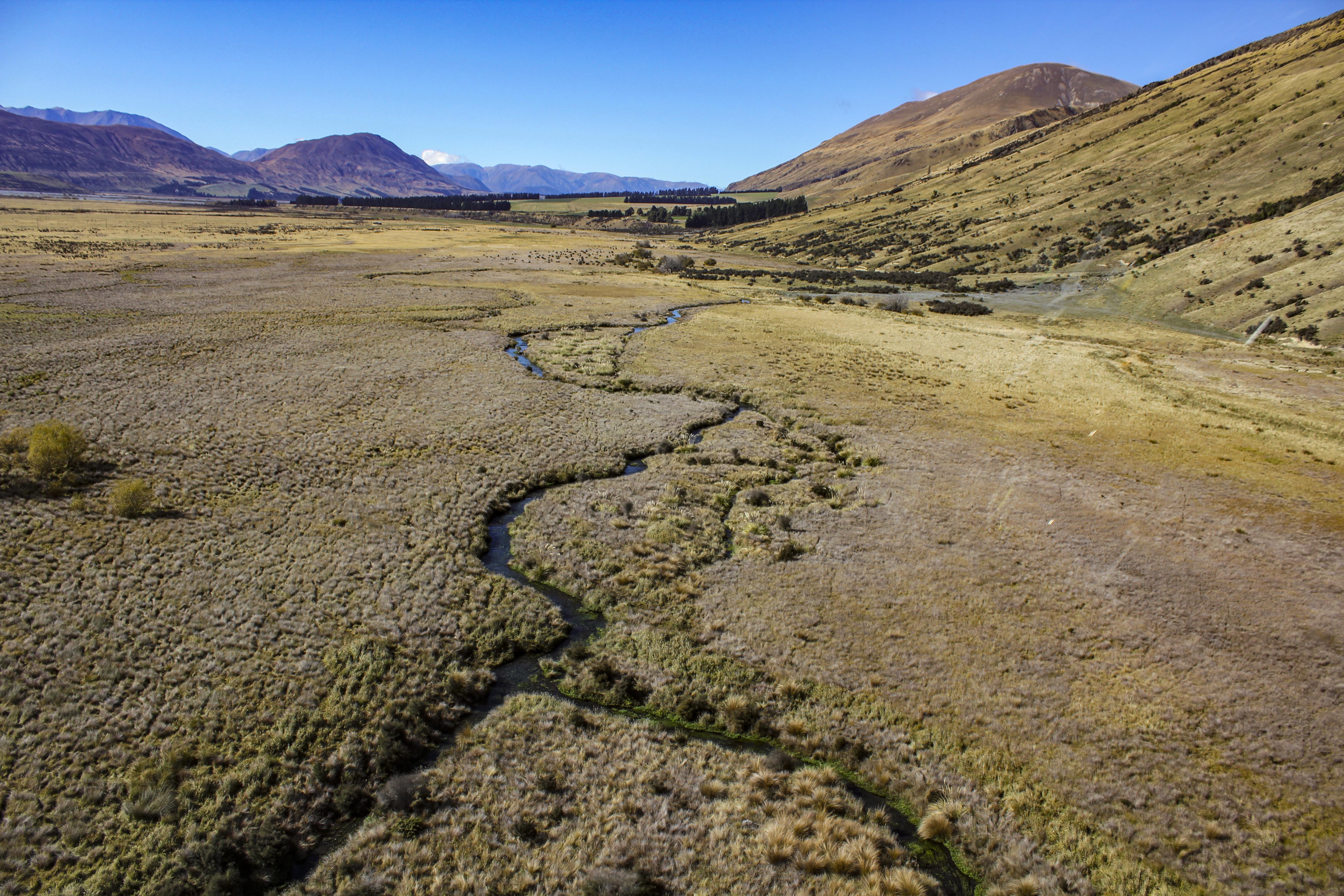 Fish & Game, in collaboration with Canterbury high-country farmers, New Zealand Salmon Anglers Association, Rakaia River Promotions and ECan, have secured funding from the Ministry for the Environment for a habitat protection project in the headwaters of the Rakaia River.

The funding will allow two staff to identify and protect valuable habitats used for salmon and trout spawning and rearing. Protecting valuable wetland habitats will also be a focus.

A cornerstone of the project will see the East Branch of the Glenariffe Stream, which runs across Glenariffe Station, realigned and protected. “The stream will be enhanced to increase its productivity for chinook salmon and trout,” says Alan Strong, North Canterbury Fish & Game Chair.

The Glenariffe system has historically produced between 20 - 30% of the Rakaia River chinook salmon, but in recent years has seen a reduction in returning fish. This system also provides a significant proportion of the Rakaia River trout spawning and rearing. This project is designed to maximise the time juveniles spend in the stable stream environment before entering the more volatile Rakaia mainstem, “this will increase survival rates for both species”, says Rasmus Gabrielsson, the CE of North Canterbury Fish & Game. Gabrielsson, a freshwater scientist, also notes that wetlands protected will also provide additional areas for precious longfin eel to live.

“This work will protect the area for future generations and act as a natural hatchery for the fishermen of the Rakaia River”, says Mark Ensor, Glenariffe Station owner. Ensor, who has a young family, believes it is possible to run a sustainable farming operation while protecting sensitive habitat and biodiversity for the benefit of future generations of New Zealanders.

“We have been working hard on this project for almost a year and have secured funding for the project for the next three years. The team are excited to get boots on the ground and make a start as soon as possible”, says Alan Strong.