Fish & Game tips some ‘hot’ fishing in tune with the weather 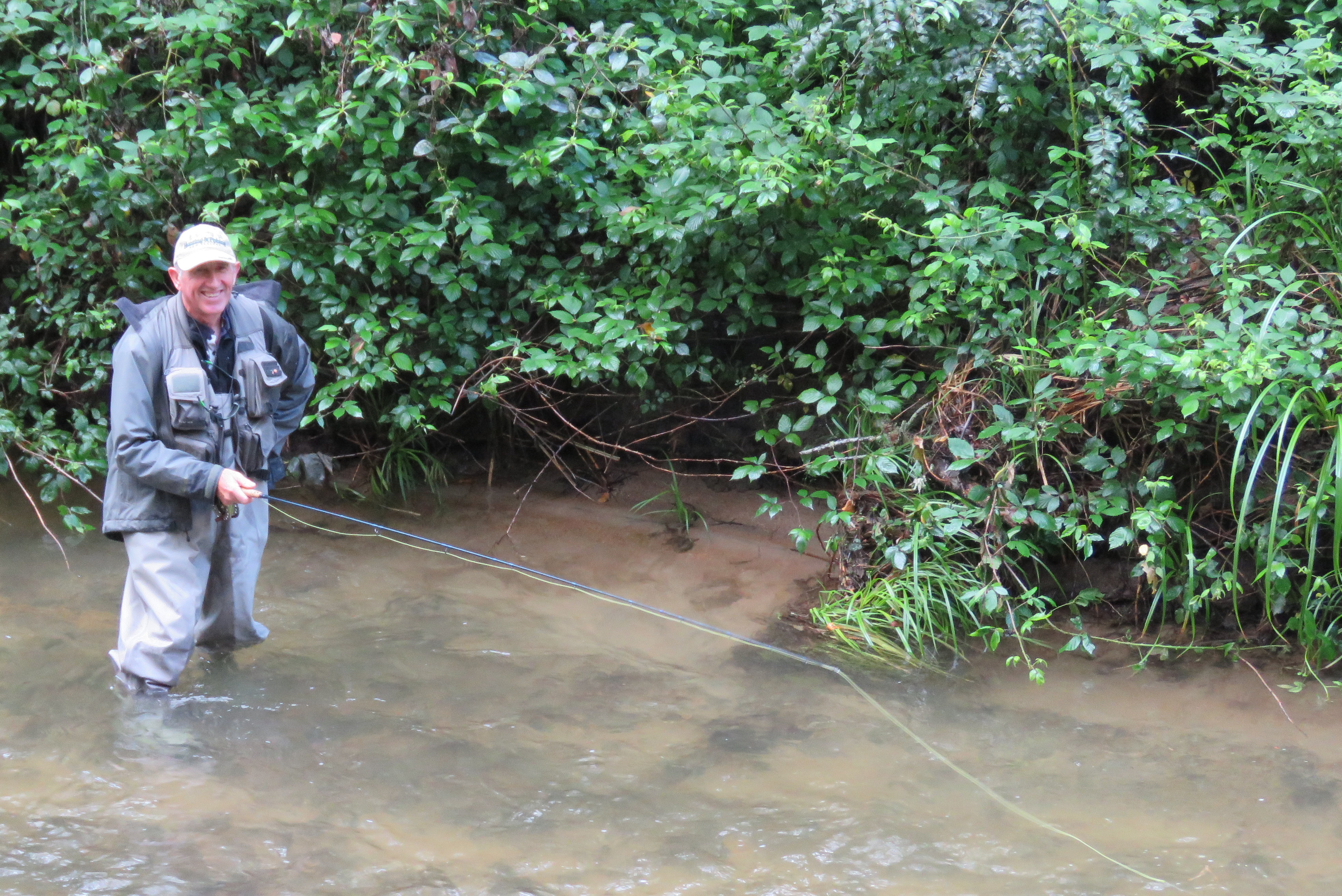 Fish & Game says some “hot” freshwater fishing reports are coming in, right on cue for the holiday season.

Many lakes and other waterways that were rested over winter while fish were spawning are all now open again.

These new fishing opportunities include Rotorua lakes in the North Island, and high country lakes and streams in the South Island.

Fish & Game Communications Manager Don Rood says the unusually warm weather has meant trout are already doing what they would normally do later in summer, such as heading for stream and river mouths in search of cooler water.

He says the dry weather now gripping the country is already putting pressure on some waterways, but at the same time there are reports from around the country of good fishing.

Don Rood says going by present conditions, this summer looks like being one of the best in recent years to head out to your favourite angling spots, or give freshwater sports fishing a go.

“By all means, grab some gear from your friendly sports store but don’t forget that crucial item – your fishing licence.

While the whole season-type licences, including the family licence, offer excellent value in a year’s ‘anywhere anytime’ fishing, there are plenty of options, including Short Break and Long Break options that are perfect for holidaymakers.

Tips on where to find good trout fishing around the country point to some good opportunities to put a fish on the table for dinner.

“The good news is that due to the cool weather last summer, there are lots of trout around and they are hungry.

“The fishing was exceptional we had up to three large rainbows competing to take the hook,” Adam says.

“With the Waikato and Waipa Rivers reaching the magic 19°C, Pirongia streams are also full of fish as trout seek cooler water.”

“Lake Rotorua’s surface temperatures rocketed to around 23C early in December which created opportunities at the streams and stream mouths much earlier than normal,” says Fish & Game Officer Matt Osborne.

“Anglers were fortunate that this fishing came on so early in summer as the action doesn’t often occur until well after the New Year.

He says that although some of the region’s streams have taken a beating over the stormy winter, Fish & Game has received promising reports of fishing at various stream and river locations.

Catch rates are good and the trout are in nice condition but are smaller overall in size.

The warmer temperatures have had many of the trout looking up to the surface and there have been some good reports of fish taking dry flies during the day across many of the region's rivers and streams.

“A dry fly with a nymph suspended half a metre beneath it has also been working well when fishing shallower riffles and drop offs,” says local Manager Mark Venman.

“The Mohaka River has continued to fish well, especially upstream of the SH5 road bridge with some nicely conditioned browns featuring in the catches.

Warm water is also starting to feature in Taranaki lowland streams, with temperatures of up to 25C being recorded.

This is too warm for trout and anglers are being advised to try their hand at catching a trout in the early mornings when water temperatures have dropped to 17-18C overnight.

Higher altitude streams are much cooler thanks to their altitude, so they too can be worth a crack.  A handy tip is to target faster moving water such as riffles using a dry fly with a nymph suspended below it.

Over in the Ruapehu region, the rivers are reported to be in ‘great condition’ and well worth a Christmas holiday visit.

After the best start to the season in many years, the big dry started to put significant pressure on the fisheries and fishing.

Trout were all but shutting down, refusing to eat during the day – a sure sign they were under stress from high water temperatures and low flows.

Staff say that thankfully a good burst of rain earlier in the month across much of the region “sparked the fish into furious action” and should tide the fisheries over nicely until the next rainfall.

Catch a specially tagged rainbow trout at the Argyle Lake and canal and win a $500 voucher!

Two hundred tagged rainbow trout have been released into Lake Argyle and the lower hydro canal, but only one can win a lucky angler a $500 fishing store voucher.

Nelson/Marlborough Fish & Game Manager Rhys Barrier says the release is timed with the holiday season to encourage families to head to Lake Argyle and have a go at trout fishing.

Local staff say there are some good salmon being caught this season in all North Canterbury’s main alpine rivers.

“So this means they will be reasonably spread out through the rivers for the holidays. The first salmon of the season are usually in fantastic condition as they are fresh. ”

Staff say that in the Rakaia River, the first run always seems to be a bit bigger in size as well.

Several anglers have mentioned that the lakes have been difficult to fish during the day-time with the warmer water temperatures, staff say.

“The lakes are probably best targeted early and late in the day at present.

“Winds have been relatively light, even at the river mouths. Overall, the past month has been a prime time to be out on the water.”

Fish & Game staff say the fishing in November and December has been “epic!”

Officers have had reports of salmon catches at the Rangitata River mouth and Lake Tekapo, excellent dry fly fishing in the Ashburton lakes, monster trout taking egg imitations in the canals and fantastic trout fishing in the Waitaki River near Kurow.

As locals expect, some of the lowland rivers are starting to show the effects of one of the driest Novembers on record and flows are low, staff say.

“But opportunities are there for the taking in low flows as the big fish tend to congregate in the biggest pools.”

Fisheries are in great shape for the holidays, according to Otago Fish & Game officers.

“We are due for a good period of settled weather so let’s hope this holiday season lives up to our expectations.

“Not only does good weather keep the kids outside, calm conditions provide an incentive to grab the fishing rod.

“Lake, river and reservoir conditions across the region have remained stable providing good angling opportunities and fish in superb condition.”

Trolling at the Neck has been very successful and there has been an abundance of green beetles scattered around the shoreline.While green is an obvious lure colour, pink is also a well-proven salmon catcher.

Otago staff advise that the inland reservoirs are favourite holiday destinations and easy environments to teach children to fish.

Southland has a terrific lakes trout fishery and scenic back country spots waiting to be discovered.

But even for those having to work in the bigger centres, there are good opportunities to get out for a quick fish.

These short fishing trips after work can be productive as later in the day, are the most productive as water temperatures have fallen and become more tolerable for trout.

Fish & Game staff say handy fisheries close to the main centres include the Oreti River near Invercargill and Winton, the Aparima River near Riverton and Outautau and of course the Mataura River near Gore.

A quick cast after work in any of these rivers will often result in a trout for the table.