Fish and Game staff concerned at the state of Manuherikia River 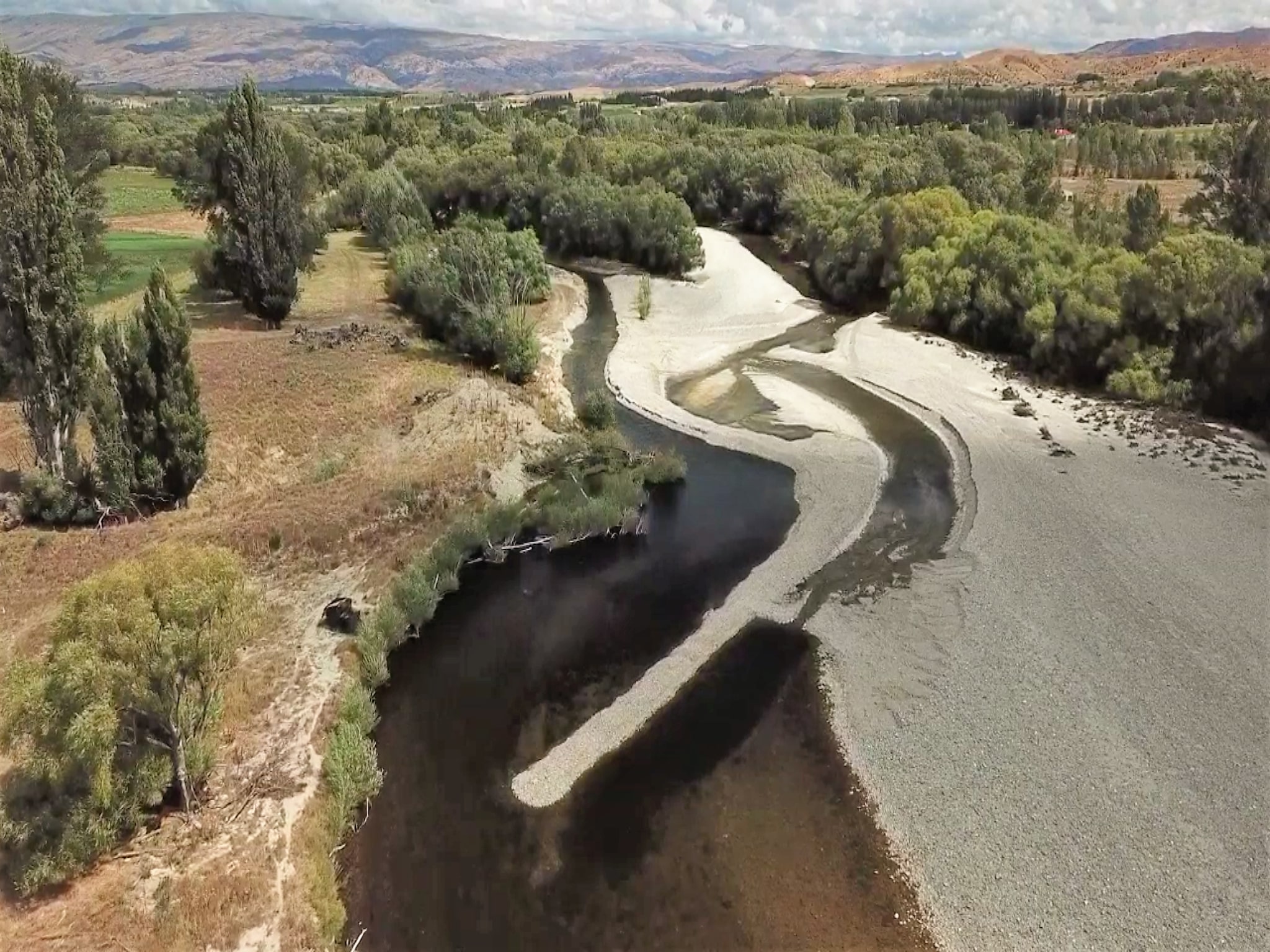 Fish & Game staff, council and community representatives, have taken a close look at the Manuherikia River.

Otago Fish & Game Officer Nigel Pacey said he was surprised at the images he received from staff attending the walk.

"They went to some harder to reach places and the impact of the water takes was much more evident than we had thought.

"Most people in Central Otago know rivers around the area will be lower in the summer, but if the locals came down and had a look, I’m sure they would be surprised too", says Mr Pacey.

He says that low flows have been a common occurrence in recent years.

The last few years had been particularly difficult with record-setting extremes now commonplace.

It is predicted that the climate in Central Otago will likely become warmer and the rainfall will be less reliable.

"This will probably put extra pressure on rivers and the people they support," Mr Pacey says.

A significant portion of the river is used for irrigation (image above right of the irrigation take at Galloway) and the ORC is currently working out how to address minimum flows and water allocation in the river.

Currently, irrigators use water under a historic deemed permit system that was originally meant for mining rights.

"The Manuherikia river in its natural state would be a very different beast, even in the summer" Mr Pacey says.

NIWA estimates that the natural flow in the lower reaches is around one quarter (25%) of what it would be without irrigation takes along the river, he says.

"The water take at Galloway is an example of old and inefficient infrastructure that needs replacing to better manage the river."

Fish & Game is working alongside all stakeholders to ensure the Manuherikia is sustainably managed.

It is important that the people of Otago engage with the ORC process to allocate water and take ownership of their river to safeguard it for future generations.